Sony RX100 VII specs, price, release date: What’s new in the RX100 V and should you upgrade? We take a closer look.

The Sony RX100 VI is already our favourite compact camera, despite its hefty price tag, but that’s not enough for Sony – it’s just updated it again with the RX100 VII.

With smartphones improving so quickly, though, is there still a place for a £1,000 compact camera? The RX100 VII certainly has some big advantages over its mobile foes, including a redesigned one-inch 20.1-megapixel sensor, cracking 24-200m lens and OLED EVF for composing shots in bright sunlight.

While it doesn’t reinvent the series, the RX100 VII adds five big new features that could bring it to a new audience of video shooters and vloggers looking for a pocket Sony Alpha. Sony RX100 VII release date, specs and price – When does it come out and how much will it cost?

Sony hasn’t said exactly when in August 2019 the RX100 VII will be available, which might be crucial for your holiday plans, but we’ll update this page as soon as we find out.

Like its predecessors, which will remain on sale, the RX100 VII is a refinement rather than a complete overhaul, with the main focus this time being on its video and vlogging credentials. There are also some improvements to its autofocus and burst shooting.

Here are the five biggest changes compared to the RX100 VI:

It might not sound like a big deal, but this could be the feature that sells the RX100 VII to those who are sizing it up as a compact video or vlogging rig.

Rather than having to use an external sound recorder, as you did on previous RX100s, this means you can plug in a microphone like Sony’s ECM-XYST1M or a Rode Videomic Go and get decent sound quality to go with your 4K HDR videos.

The RX100 series has always had strong video skills, so the lack of a mic output has always been a baffling omission. Well, no longer with the RX100 VII.

Not that it’s the only one-inch compact that’s woken up to the calls for a mic jack, though – the £699 Canon G7X Mark III recently did the same, making it a potentially better value option. 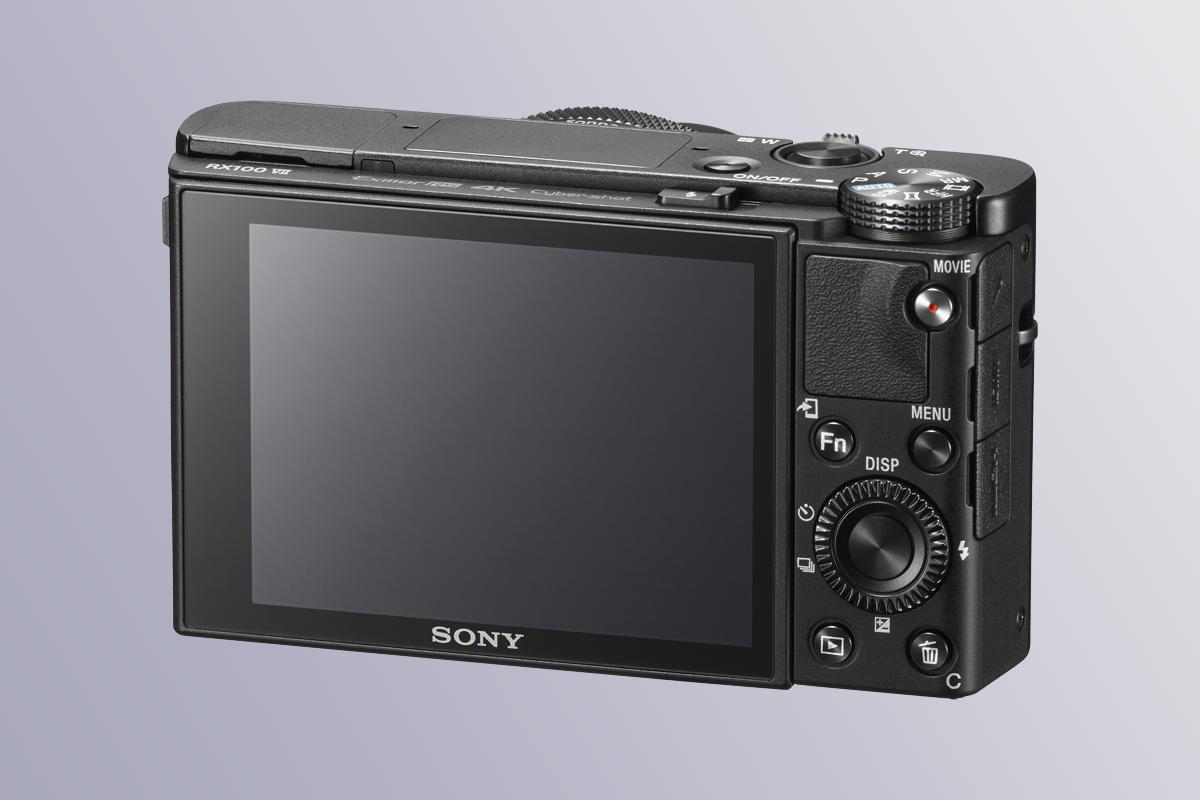 Video quality has never been an issue for the RX100 series, with the RX100 VII able to record 4K footage at 25fps with full pixel readout, which should mean detailed footage with no pesky crop.

But another handy addition on this seventh version is the arrival of Movie Eye AF, which means Sony’s impressive eye autofocus now works in video too. That’s again a potential big bonus for vlogging or shooting short films.

We’ll need to test it properly, of course, but if it’s anywhere near as sticky and tenacious as the stills Eye AF, then it’ll be a useful addition. Sony so far hasn’t confirmed whether or not Movie Eye AF could come to earlier RX100 models, but we’ll update this page when it gets back to us. 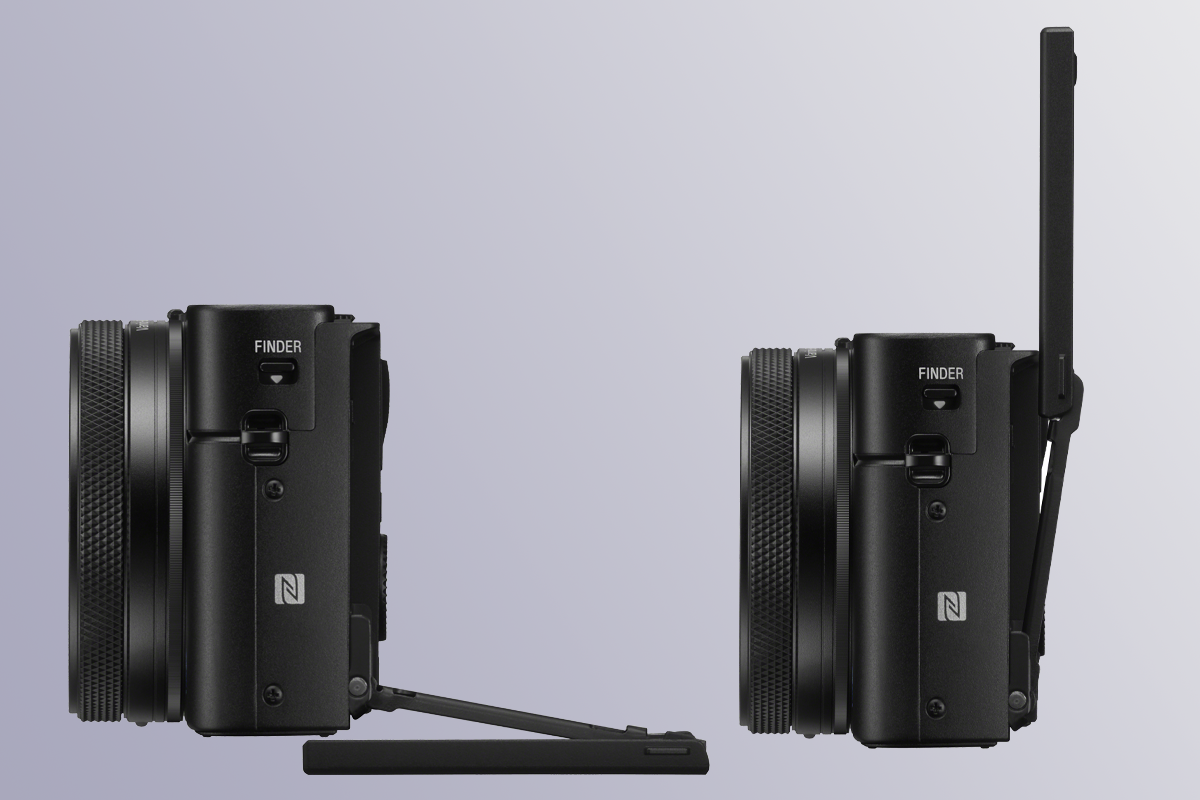 It’s fair to say the Sony RX100 VI was no slouch when it came to autofocus – in fact, we said its “continuous-AF performance is remarkable for a pocket camera” in our review.

But the RX100 VII takes things up a notch in a few ways. A new one-inch stacked CMOS sensor gives you more phase-detection AF points (357 versus 315 on the RX100 VI) and wider coverage (68% versus 65%). Autofocus speed is also apparently up to 0.02s (in very specific conditions), with the camera making 60AF/AE calculations per second.

That’s hugely impressive for a compact, if not a huge leap from the already impressive RX100 VI. More important might be the addition of real-time tracking (for objects or people) and Animal Eye AF, which should make a bigger difference in practice.

We’ll have to see how these perform in reality – as the features don’t perform equally on, say, the Sony A6400 and Sony A9. But on paper the RX100 VII is fast becoming the point-and-shoot compact that will barely miss a shot, which is what it needs to be to compete with smartphones at this price.

This is particularly handy for shooting sports as, without the blackout interrupting your view, you can make sure your subject stays in the centre of the shot.

The RX100 VII manages an impressive 20fps blackout-free with AF/AE tracking – whether or not this is overkill for a compact camera is debatable, but it’s certainly beats most smartphones and could make it a reliable companion for sports shooting.

According to Sony, almost exactly half of all RX100 VI owners shoot video as well as stills – and the other much-requested feature it’s added along with the mic input is better video stabilisation.

This is effectively Sony’s electronic SteadyShot stabilisation and, at least from our early tests, this doesn’t seem to be as completely infallible or gimbal-like as the EIS we’ve seen on the likes of the GoPro Hero 7 Black.

It’s possible that you’ll still need a real gimbal to guarantee smooth walking or running shots, but we’ll give you our final verdict in our full review. The main appeal of the RX100 VII over its predecessor is undoubtedly its new video features – the mic jack, Movie Eye AF and video stabilisation. If you’ve always wanted one to use as your vlogging camera, or mainly for video with a side of stills, then it’s likely to be the model to get, if you can stomach the hefty £1,200 price tag.

For everyone else, the RX100 VI and earlier models are likely to offer better value. The RX100 VII certainly brings some impressive new shooting powers – including 20fps blackout-free continuous shooting, real-time tracking and Animal Eye AF – but these are luxuries rather than shooting essentials, and its predecessor retains much of the same photography fundamentals.

On the RX100 VI this includes the same 24-200mm f/2.8-4.5 lens, OLED EVF and 180-degree tilting touchscreen, and a one-inch back-illuminated CMOS sensor (albeit without the new Alpha 9-inspired architecture seen on the RX100 VII).

If you’d prefer a brighter lens for low light shooting, at the expense of the 8.3x reach on the VI and VII, then the RX100 III, IV and V are mostly likely better buys, with the former available for just £379 during Amazon’s recent Prime Day sales.

These earlier models lack the burst shooting speeds and smart autofocus performance of the two most recent models, but if you’re prepared to take manual control of your shooting, then their image quality should be right up there with any pocket compact camera.