Google released the first developer preview of Android O today, and we’ve got a round-up of all the newly-announced features ready for your consumption. Although we touched upon all of the big hitters, we felt one in particular deserved a special mention.

Audio beamed to Bluetooth headphones and speakers will sound a lot better on Android O, thanks to Sony. The company has ‘donated’ (Google’s word) its proprietary LDAC wireless audio encoding format.

Why is this so significant? Well it sends three-times more data through Bluetooth than competing standards.

Sony describes the tech as follows: “LDAC is an audio coding technology developed by Sony that enables the transmission of High-Resolution (Hi-Res) Audio content, even over a Bluetooth connection.” 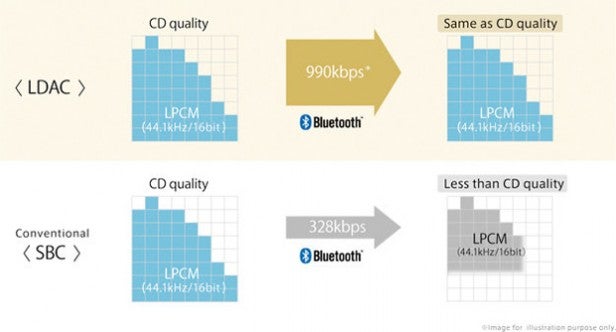 This could mean far superior audio, especially for hi-res tracks, through wireless headphones on smartphones and tablets upgraded to Android N.

As you may have guessed, the LDAC format is currently limited to headphones built by Sony, such as the £330 MDR-1000X and other compatible products.

Whether Sony will be kind enough to cheaply license LDAC to other headphone and audio accessory manufacturers remains to be seen, but we won’t be holding our breath (via Engadget).

Would this be a reason for you to invest in a new set of wireless headphones? Or will it encourage you to buy your first pair, full of hope your hi-res tracks will actually sound decent now? Share your thoughts below.