Sony is 70 this year, and to celebrate the company has unveiled a family of high-end audio products dubbed the ‘Signature Series’.

The range comprises a flagship Walkman music player, a pair of audiophile headphones made from exotic materials and a headphone amplifier. The key focus is audio fidelity, but meticulous engineering is a key feature of each product.

Get ready for a tour de force of necessary but equally impressive high-end materials.

Related: All the latest news from IFA 2016 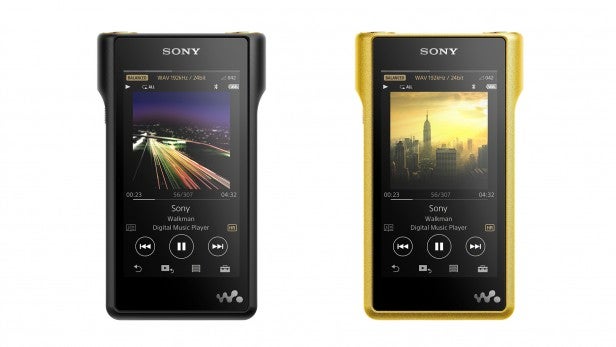 Sony says this new flagship Walkman is the “most incredible” music player it has ever made. It comes in two flavours, the NW-WM1A and the NW-WM1Z.

Both can handle a wide range of audio formats, with native playback of DSD (up to 11.2MHz) and high-resolution FLAC (up to 32bit/384kHz) formats. Sony claims its DSEE HX processing is able to upscale low-bitrate formats such as MP3.

The front of the device sports a four-inch touch screen, but there are also physical controls on the sides. As for battery life, expect up to 30 hours of high-resolution playback. Both units accept MicroSD cards for expandable storage, but the NW-WM1A has 128GB of built-in storage, while the NW-WM1Z has 256GB.

The NW-WM1Z goes further. It was made with a goal of a superior, more natural “acoustic” sound. Its chassis is machined from a solid ingot of oxygen-free copper, chosen for purity and gold-plated for lower electronic resistance. The circuit board is designed in two parts, separating the power supply and amplification to minimise electronic interference. It also uses four-wire braided internal cabling. 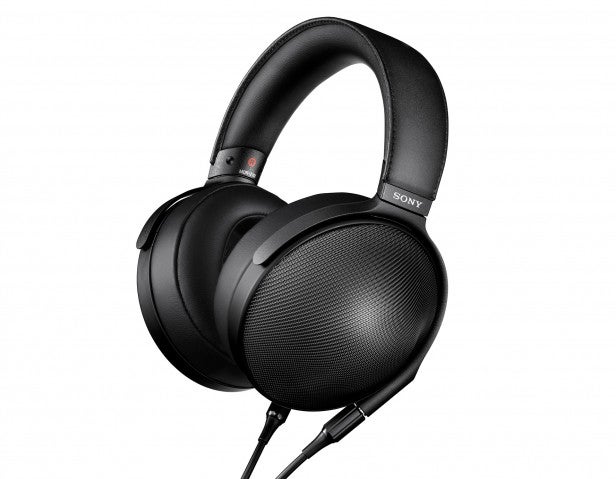 Besides promising “mindblowing reproduction” (ahem), these headphones emphasise comfort and craftsmanship. They use large 70mm drive units with a goal of creating an expansive, realistic soundstage.

Get ready for even more ridiculous physical specs.

The internal grille is in the shape of the Fibonacci pattern, supposedly to ensure minimal sound colouration. The materials used are to create a resonance-free construction. There is an acoustic insulator, a filter made of Canadian soft wood using Japanese paper techniques.

On the outside, the ear cups feature woven stainless steel wire, coated with a ion-plated chromium compound. The idea, according to Sony, is to create an attractive surface that can endure minor wear.

For comfort, the earpads are made in an ergonomic wraparound shape and covered in fine sheepskin leather. Inside the headband is a lightweight titanium alloy, chosen for its strength and high elasticity.

The headphones are made in Japan and come with a presentation case, as well as balanced and non-balanced headphone cables. 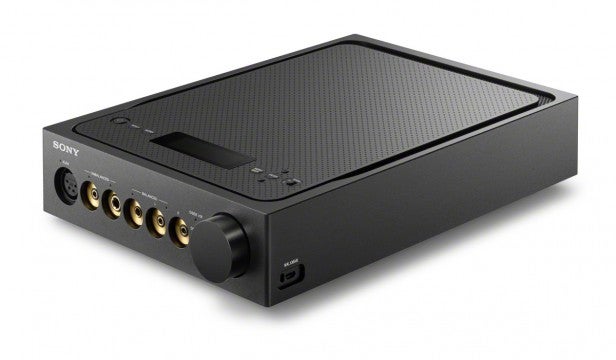 If you have audiophile headphones at home, you’ll want something to drive them. The Sony TA-ZH1ES has outputs for a wide range of headphone formats: 3.5mm stereo mini, 3.5mm balanced (L/R), 4.4mm balanced, 6.3mm standard and balanced XLR.

The range of inputs is just as wide: coaxial, optical, line L/R, pre out (fixed/variable), Walkman/Xperia USB and USB B. Format compatibility includes native DSD up to 22.4Mhz and PCM up to 32bit/768kHz.

The chassis is a new design developed to suppress unnecessary vibration. Sony calls the FBW (Frame/Beam/Wall) design and it uses extruded aluminium. There is also an acoustically tuned top panel and a double layer bottom plate, both added to control resonance.

What do you think of the Sony Signature Series? Let us know in the comments below.