The Sony Alpha A7000 is rumoured to be Sony’s next top-end APS-C sensor camera, following the excellent Sony A6500 from 2016.

Do we know this for certain? Not yet – it hasn’t had quite as many reliable leaks as some recent cameras, like Nikon’s Z Series. Even the name right now is a bit of a supposition, as sensible as it sounds.

However, if you piece together the leaks we do have with what we know of Sony’s line-up and upgrade schedule, we can create a reasonably clear view of what to expect.

The big questions: should you still buy the Alpha A6500? And will the A7000 suit you better than the more advanced, full-frame Sony Alpha A7 III? Let’s find out.

Sony Alpha A7000: When will it be announced?

We expected an Alpha A7000 announcement in late 2018. However, we are running out of days in October, Sony’s favoured month for late-in-the-year announcements.

Initially, October 16 was rumoured to be the big day for the A7000, according to Sony Alpha Rumors. That has come and gone, without news.

However, a few different sites, including Sony Rumors, now believe that Sony will announce the camera around the PhotoPlus EXPO show, which takes place on 25-27 October 2018 in New York.

That would appear to be the last hope for a 2018 launch. And indeed, Photo Rumors has suggested that a Spring 2019 launch is now more likely at the CP+ show in Japan, which takes place from February 28 2019. 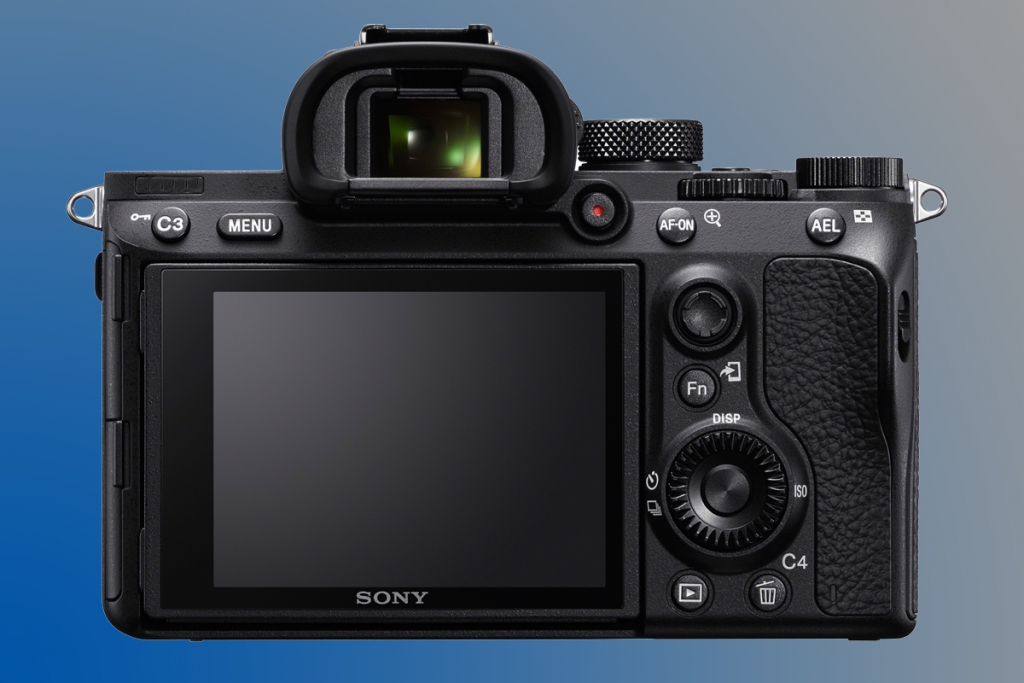 There are no reliable rumours concerning the A7000’s price. We can extrapolate what would be a sensible figure, though.

It’ll likely cost less than the full-frame Alpha A7 III (above), currently selling for around £2000 body-only, and needs to be roughly competitive with its closest rivals from FujiFilm.

Sony Alpha A7000: What sensor and specs will it have?

However, Sony has already officially announced a higher-resolution 31.49-megapixel sensor. Before this sensor was made official, a leaked sensor spec sheet led many to believe it would be used in the A7000 (or A6700, as it may also be called). 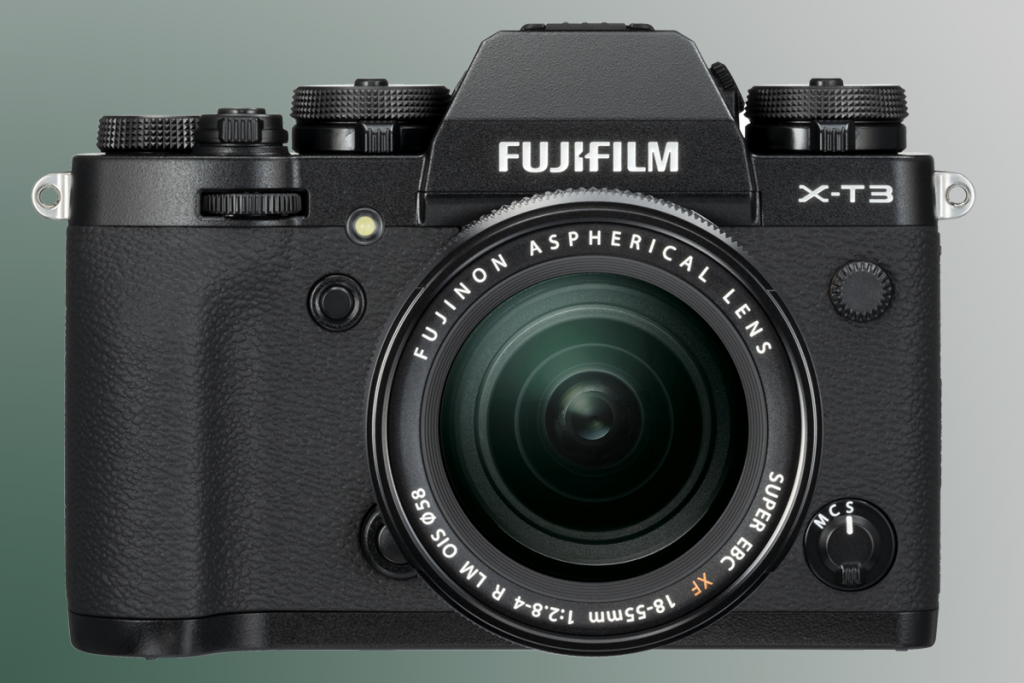 This now looks less likely. The sensor is listed for industrial use, not in a consumer camera, on Sony’s image sensor business website. Its IMX571 is the newest mirrorless camera-ready sensor detailed, believed to be the that used by the FujiFilm X-T3.

The A7000 may use the same core sensor. Or perhaps Sony has something as-yet unannounced to show us.

One of the more interesting Sony Alpha A7000’s titbits is that it will have a design closer to Sony’s full-frame mirrorless A7 and A9 cameras. This means the electronic viewfinder will sit in the centre, rather than off to the side, positioned with the knowledge many will use the LCD instead.

The new position may free-up room to allow for a better EVF with higher magnification and a better eyepiece to make blocking out ambient light easier. A 3,686K-dot resolution EVF is desirable, but depends on quite how “high-end” Sony decides to go with its new APS-C models. To put that in context, the A6500 has a 2,360K-dot EVF. 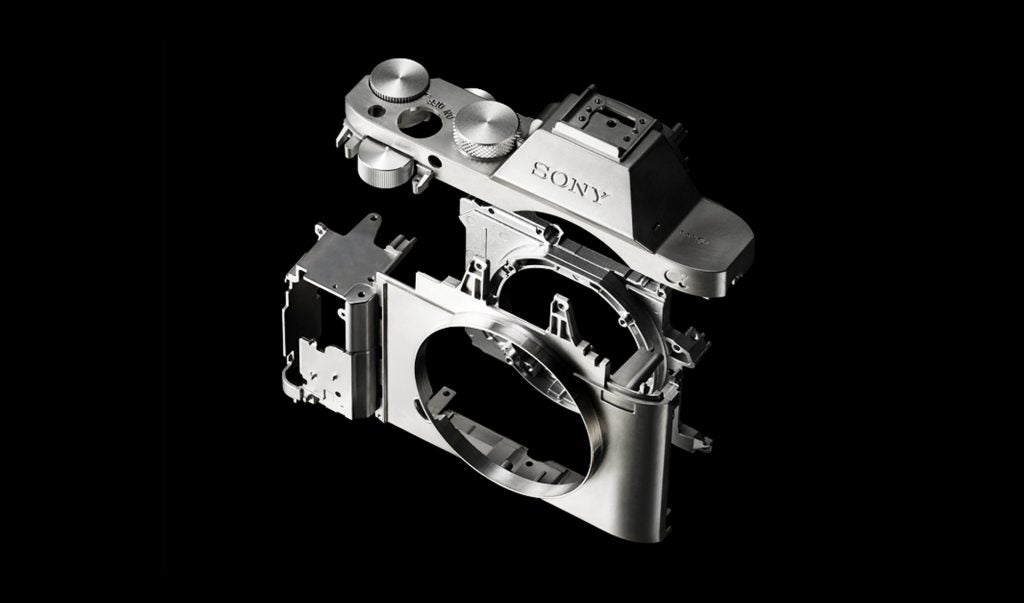 A centrally positioned EVF would give the A7000 a classic DLSR-like look, closer to that of FujiFilm’s mirrorless models. This should appeal to those after a more serious look and feel. The displays are likely to be “blackout-free”, meaning there are no black flashes during burst shooting with the electronic shutter.

Other parts of the series don’t need to be updated quite as much. The Sony A6500 already has a magnesium alloy shell and weatherproofing.

Sony Alpha A7000: Will it have five-axis stabilisation?

Excellent in-body stabilisation has become one of Sony’s lead mirrorless appeals. It’s great for casual handheld photography, particularly if you have to use a tripod for work shoots, and like to break free when taking out the camera for fun.

Five-axis stabilisation in the A7000 has not been ‘leaked’ as such, but seems a given for the new camera. The A6500 had it, and claimed to offer five stops of stabilisation.

We may see this upped to 5.5 stops in the A7000. However, any increase in real-world performance would be welcomed, and likely see Sony offer best-in-class stabilisation.

Sony Alpha A7000: What kind of video skills will it have?

Making image quality gains with traditional stills is difficult, but there’s still a way to go on video. Some low-reliability rumours posted by Sony Alpha Rumours, which the site published as such, suggest the Alpha A7000 will offer a significant level-up for videographers.

Specs like 60fps, 4K video capture and 10-bit capture at 30 frames per seconds have been suggested. They are believable additions too, considering the processing progress made in the two years since the A6500 arrived.

Whether Sony will choose to max out on slo-mo modes, and offer the 960fps shooting seen in Sony Xperia phones remains to be seen. The Panasonic Lumia GH5 currently offers up to 180fps capture at 1080p, and is the mirrorless sub-full-frame video shooter series to beat.

The Bionz X used in the Alpha A9 lets it shoot bursts at up to 20fps with focus and exposure tracking. This same burst speed is widely expected to feature in the A7000, and is a substantial upgrade over the A6500’s 11fps.

Such speed likely mandates the use of an electronic shutter, and the FujiFilm X-T3 can reach similar speeds when the mechanical shutter is taken out of the equation. Sony can still get the advantage with a larger buffer, though. At 20fps the Fuji’s buffer if filled after 79 JPEGs, which runs out quickly at that speed. There’s certainly a lot more to discover about the Alpha A7000. It is to an extent hemmed-in by Sony’s full-frame mirrorless cameras, but there’s scope for it to add extra appeal for videographers not keen on spending big on an Alpha A7S II.

The most obvious alteration is to the design. By elevating the status of the EVF, the Alpha A7000 should be simply more pleasant to use, particularly is the quality of the viewfinder is also improved. We’ll update this page as soon as we hear anything official.

Are you excited about the prospect of a Sony A7000, based on the rumours so far? Let us know @TrustedReviews on Twitter.