The Sony Alpha A6500 may sound like a newer camera than the A6400, but that’s just Sony trying to confuse you with its slightly baffling naming system.

So who are these cameras for? They’re really happy middle ground for anyone who’s looking to make an affordable leap from bulkier DSLRs, or those wanting to step up from smartphones or compacts.

The A6500 is part of a higher-end line. But the prices of the two are not that different, particularly if there’s a cashback promo live as you look. So which should you buy?

Let’s dig into these camera’s capabilities to see the differences.

The Sony Alpha A6400 and A6500 look very similar. Their dimensions are almost identical, 120mm wide and 67mm tall. The A6400 is slightly thicker, but this is likely down to the new display style.

Here you get a flip-up display that lets you check the view when you hold the camera up, pointing at yourself. Fans of traditional shooting may sigh at the idea of a camera as capable as this being reduced to a selfie machine. But that’s just one use. It also makes the Sony Alpha A6400 a potential roving vlogging machine.

For some, creating video isn’t just a hobby, it’s a business. The Alpha A6500 has a hinged screen too. But instead of flipping up to the ‘selfie’ position, it can simply be angled up and down, to make shooting above and below your eye level easier. It can’t flip the whole way round to face the direction of the lens, though, making it less suitable for vlogging. 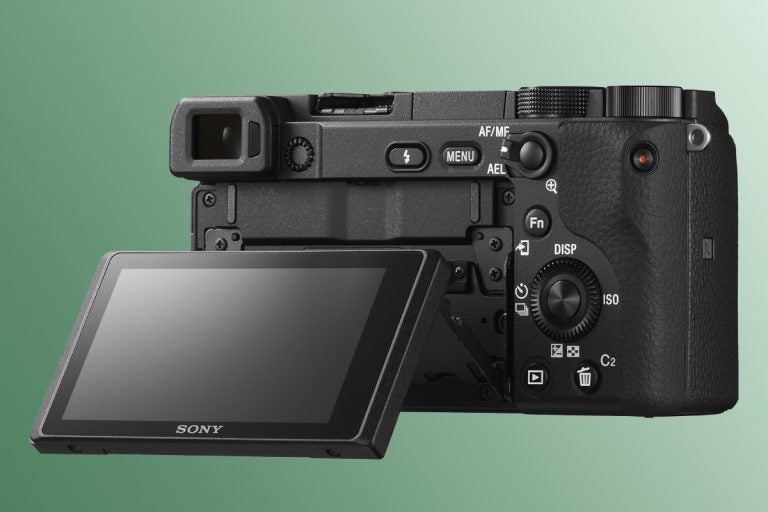 One of the Sony A6400’s big upgrades is a screen that flip upwards a full 180 degrees, which is ideal for vlogging.

Both cameras use a mix of plastic and magnesium alloy parts, and have very similar control layouts. The A6500 has two ‘custom’ buttons on the top plate, the A6400 just the one, but both cameras are made to be happy shooting fully auto or full/partial manual.

The two cameras also have a 0.39-inch OLED viewfinder of 2.59-million pixel resolution (1024 x 768) and 1.07x magnification. Your view of the scene through them should be near-enough identical.

Related: Sony A6400: Everything you need to know

Autofocus is the other main area where the Sony A6400 benefits from being the newer camera. Sony offers some of the best AF performance among mirrorless cameras, and it claims this new system is the “world’s fastest”.

The more specific claim is that it achieves focus in 0.02 seconds, up from 0.05 seconds in the A6500. As ever, this will of course vary, depending on available light and other factors.

It does sound an impressive system, though. 425 points that cover 84 percent of the frame can use either phase detection or contrast detection. Raw hardware alone doesn’t cover the progress entirely, though. The A6400 has 425 phase detection points too. 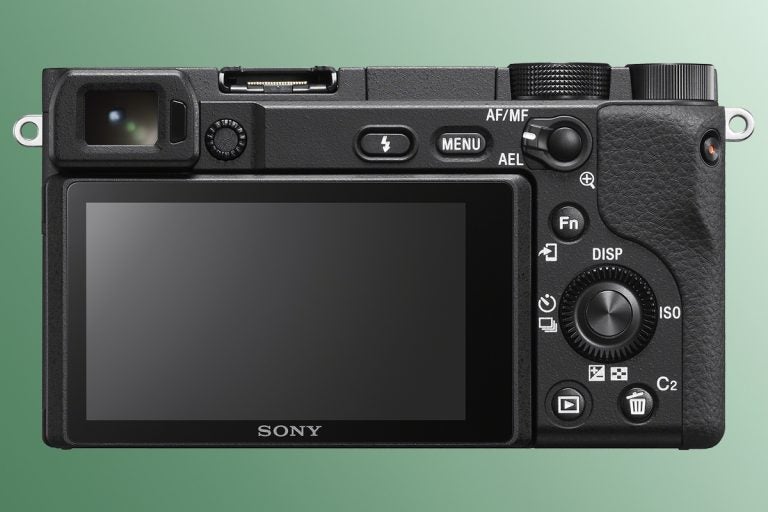 The A6400’s autofocus promises to be speedier at locking onto subjects and tracking them, though we’ll have to see if this bears out in our tests.

However, Sony has also improved its object-tracking algorithms and added eye-based tracking, for a more precise lock on what is, usually, the most important area of a face to keep looking sharp.

AF tracking of people should also be more reliable thanks to this extra intelligence.

Both the Alpha A6400 and A6400 are APS-C cameras with 24.2 megapixel resolution sensors. However, Sony has altered the ISO range a little in the newer A6400.

The cameras both have a Bionz X processor but Sony claims the A6400’s sensor is new, which may explain the choice to alter the ISO range. A willingness to push the range a little further may be down to altered noise reduction algorithms too.

Burst modes speeds haven’t changed, mind. The Sony A6400 and A6400 both shoot at up to 11fps, with 8fps, 6fps and 3fps speeds on offer when you need to burst shoot over a longer period. 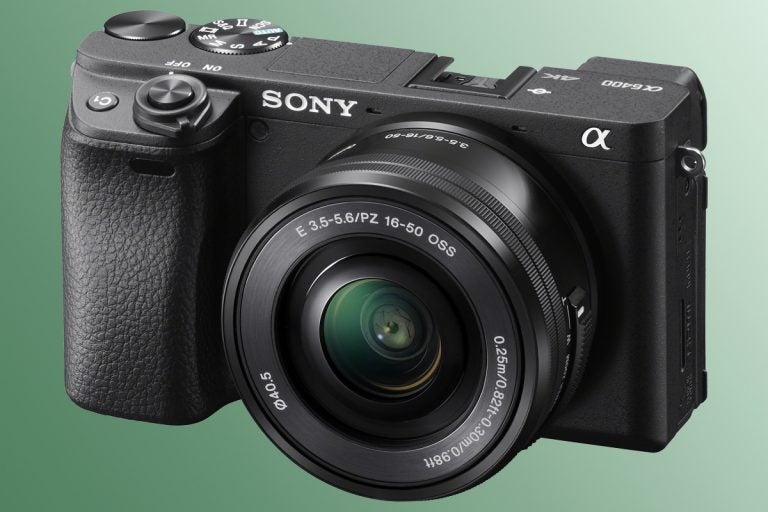 Unlike the A6500, the A6400 lacks in-built image stabilisation, which is a downside for both stills and video. Although some Sony lenses do have built-in IS.

A quick glance may see you conclude the A6400 is a slight technical upgrade. However, we’d still pick the A6500 to shoot stills, any day.

It has a much larger burst buffer, and can capture 233 max quality JPEGs (107 RAW) before needing to offload onto the memory card. The A6400 will slow down after 99 frames (46 RAW).

IBIS is the real stinger, though. The Sony Alpha A6500 has 5-axis in-body stabilisation, letting you shoot at much slower shutter speeds handheld without blur. The A6400 does not.

IBIS helps not just with eliminating handshake blur in your photos, but also composing images, particularly if you use a zoom lens. The subject will look less wobbly.

Of course, some Sony lenses have their own stabilisation, but not all.

The Sony A6400 is clearly marketed at those engaged with social media, and people looking to dabble in YouTube and other video platforms. However, there aren’t actually any core video skills above those of the two-year-old A6500.

Sony’s XAVC S codec allows 100M capture and both camera have a 3.5mm mic input plus “flat” shooting modes to let you grade your own colour for professional-looking results.

Each has its own special feature, though. The Alpha 6500’s IBIS helps out in stabilising footage, and Sony has improved video stabilisation with a software update since we reviewed the camera last year. The A6400’s flip up screen lets you check your video composition while vlogging, but it does not have IBIS. 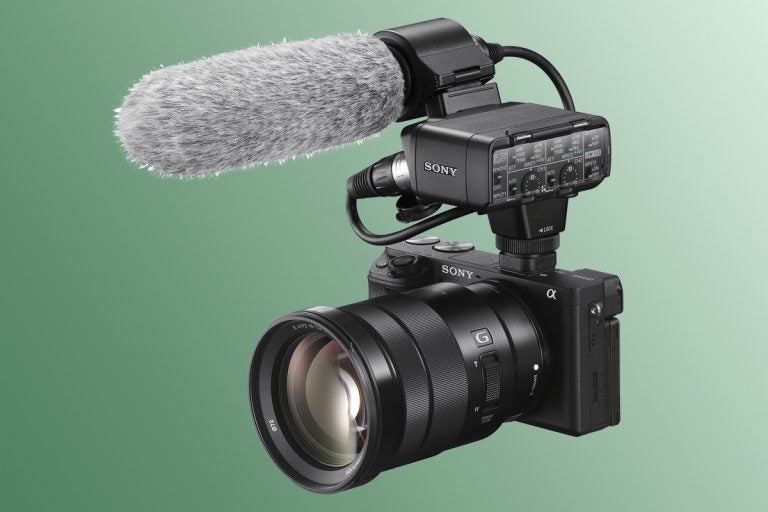 The A6400 perhaps edges it as a vlogging tool thanks to that flip-up screen, though its lack of IBIS or a headphone jack means it’s far from perfect too.

Neither camera has a headphone jack for audio monitoring during capture, which is a shame. There’s another point to consider. If you plug your mic into the hotshoe on the A6400’s top plate, are you going to block the display anyway?

This difference can make the Sony Alpha A6400 seem fluffy next to the A6500. But let’s get real. The way to get ultra-smooth footage handheld is with a motorised gimbal not sensor stabilisation, which is usually only designed to counteract minor motion. Such systems were generally devised primarily for stills rather than video.

For some of you, this choice should boil down to the practicalities of cost. Would the difference in price let you buy a decent gimbal like the Zhiyun Crane or FeiyuTech A1000? If you shoot a lot of video, having one of these will upgrade your results more than any switch between these two.

If you’re mainly a stills shooter, the Sony A6500 is clearly the better, or at least more versatile, of these two cameras. IBIS lets you shoot handheld with any lens, at fairly slow shutter speeds. A much larger burst buffer means it’s better a “sports” style photography too.

But that’s not what the newer Sony A6400 is about. If you’re after a camera to take images for your social accounts, the full tilt screen makes it a selfie pro. And its core video capture stats match the A6500’s. Make sure you use a stabilised lens for video unless you’ll mount the camera on a tripod or flat surface.

Its only victory on the stills side is the new AF system, which sounds mighty impressive, particularly for face tracking. However, the Alpha A6500 is probably more “complete” of the two cameras, and only falls behind in AF because it’s older.

That said, we’ll update this feature when we’ve fully reviewed the Sony A6400 and discovered exactly how much of an upgrade those AF features are.