We’ve heard plenty of people say stereo sound is old hat, so what is the future of music? According to Sony, it’s 360 Reality Audio.

The idea is simple – it’s music that you can hear all around you, creating an immersive soundscape to listen to your favourite tunes. So, how does it work and is it everything Sony makes it out to be?

What is Sony 360 Reality Audio?

At first glance, it might seem Sony’s ‘3D’ audio format – 360 Reality Audio – falls into the ‘same-thing-different-banner’ category. Object-based audio, where a soundtrack is mastered into numerous channels to create front, rear, sides and overhead of a soundfield, is a marvellous thing – but we already have Dolby Atmos and DTS:X.

Anything from a domestic 5.1.4 system to a state-of-the-art commercial cinema sounds thrillingly complete when it has a Dolby Atmos soundtrack to play with. Four overhead channels of information (in the home), or upwards of 64 overhead channels in a cinema, each receives discrete, carefully positioned information. The sense of scale, and of wide-ranging, believable movement, is always impressive.

Up to a point, 360 Reality Audio does the same thing, but the emphasis is squarely on music, making it a rival to Dolby Atmos Music.

Sony has built 360 Reality Audio around the music streaming-centric MPEG-H 3D Audio codec, which is able to support 64 individual channels. It’s made the format open-source, so smaller companies and even individual artists can get involved.

And Sony has persuaded the Big Three record companies – Sony (of course), Universal and Warner Music – as well as high-profile streaming services such as TIDAL, Amazon Music HD and Deezer – to distribute content. Qobuz was initially among the announced services, but appears to have fallen through the cracks along the way.

How does Sony 360 Reality Audio work?

The idea is to place the listener in the thick of the audio action. Any element of a recording – by which we mean specific individual sounds, like a high-hat cymbal, backing vocalist or Bez-style maraca – can be positioned anywhere in the 360-degree sound field.

It can be finessed to give the impression of a specific angle or distance. So a detailed and expansive audio picture can be painted, with the listener in the front row or even on the stage itself. 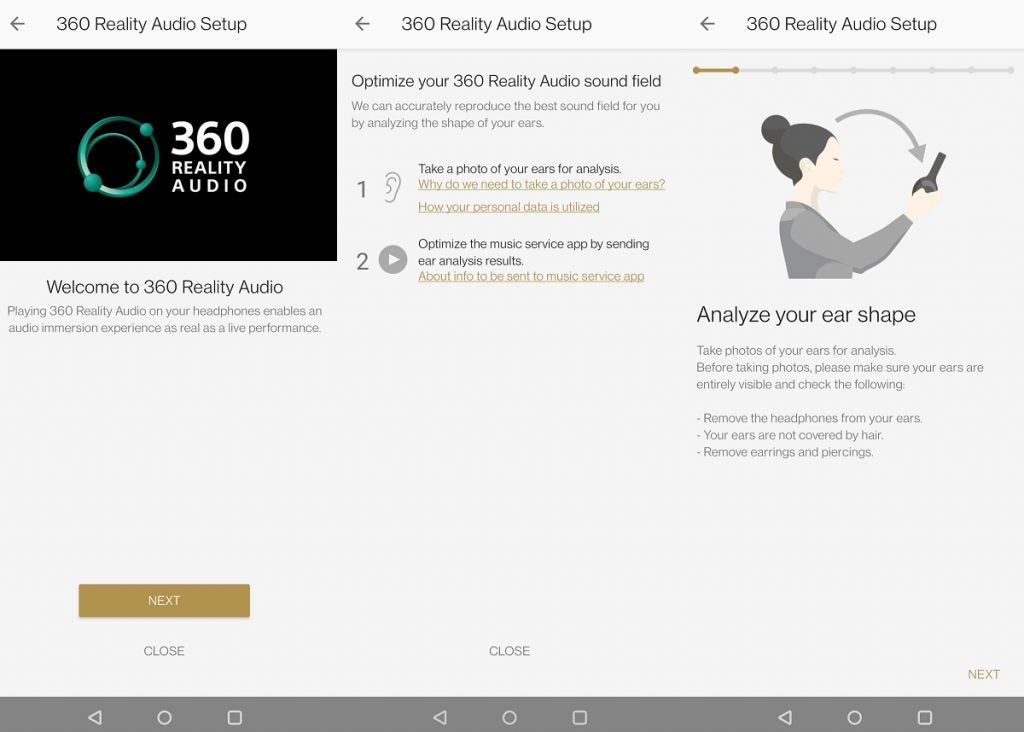 Sony states its 360 Reality Audio will work with headphones from most manufacturers, so theoretically all that’s required is a subscription to the premium tier of a partnering streaming service (and some headphones).

If you want a more personalised experience and happen to have a pair of compatible Sony headphones, you’ll be prodded in the direction of the Sony Headphones Connect app. In the app, you can capture images of your ear with the mobile device’s camera (you may want someone’s help for that), and set up an optimal hearing profile before it shoots you off to enjoy 360 Reality Audio tracks in services such as Tidal and Deezer’s 360 RA app.

Artists with music in 360 Reality Audio includes the Foo Fighters, London Grammar, Cypress Hill, Alicia Keys, Pharrell Williams, Paloma Faith, HAIM, Outkast and RUN-DMC, so you have a fairly diverse collection of musical genres to sample, as well as songs new and old that have been remastered to take advantage of what 360RA offers. 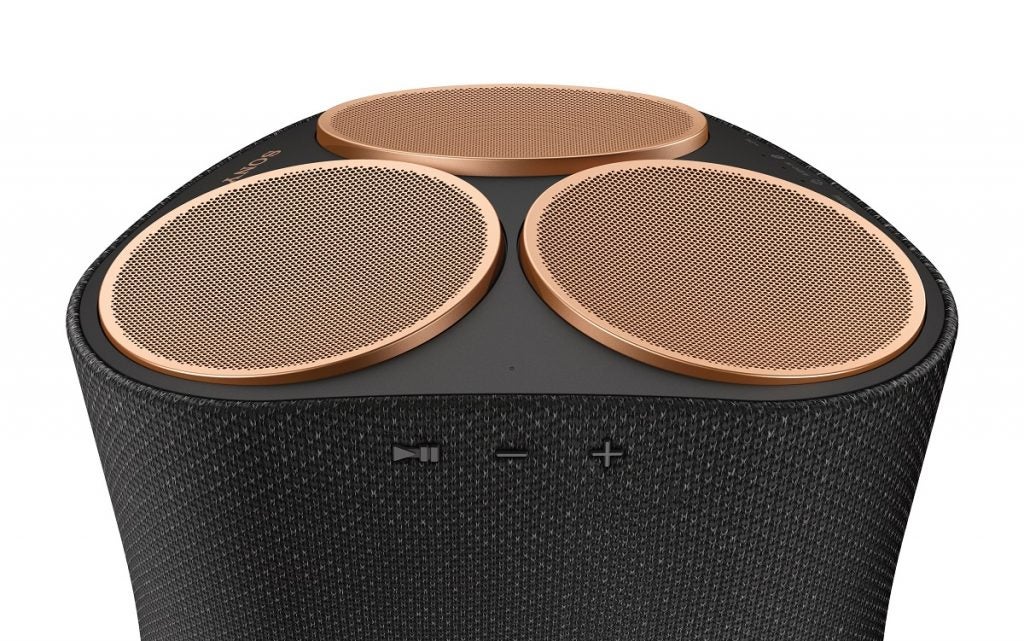 Sony has proffered its own wireless speakers with the Wi-Fi-enabled SRS-RA5000 and SRS-RA3000. They use the company’s ‘Immersive Audio Enhancement algorithm’ to create that room-filling, live music feel. The RA500 features seven woofers – three firing upwards, three to the sides and one in the centre. The RA300 is less complex (and cheaper) with two tweeters, two passive radiators and a full-range driver.

Sennheiser has also gotten into the game with the latest firmware update for its Ambeo soundbar, which can now service 360 Reality Audio content via a Chromecast connection. Currently only nugs.net music service provides Chromecast streaming for 360 RA content, but additional services are expected to follow.

More products are expected to arrive – Sony’s determination to democratise 360 Reality Audio means more Alexa-enabled, or Chromecast built-in devices will be able to support the format. Sony has been working with Google to embed the MPEG-H 3D audio into the Android code to widen its compatibility. Who knows, we could hear something about it at Google’s May I/O event.

And Sony’s partnership with chipset companies like Qualcomm and MediaTek should, hopefully, make 360 Reality Audio compatibility across a lot more consumer hardware likely too.