Home cinema enthusiasts can rejoice, the Sonos Arc is the Playbar replacement that delivers high-res audio formats including Dolby Atmos

It’s been seven years since the Sonos Playbar launched and, as good a product as it is, the years have seen it fall behind, unable to play uncompressed sound formats and the latest technologies, such as Dolby Atmos. These are issues the smaller Sonos Beam didn’t address. Today that changes with the Sonos Arc (£799), a new soundbar designed for home cinema enthusiasts.

This soundbar is built to deliver sound quality home cinema enthusiasts demand, with Dolby Atmos for 3D immersive sound and full uncompressed audio support for the likes of Dolby TrueHD. This is the product hinted at when Sonos announced its S2 operating system.

Sonos has decided to keep things simple with this model, featuring a single HDMI input. This is compatible with the new HDMI eARC (Enhanced Audio Return Channel), which lets the TV funnel audio to the Arc. That includes live TV, other inputs such as 4K Blu-ray players, and apps such as Netflix and Disney Plus.

The big difference between eARC and the older ARC standard is bandwidth: eARC supports a throughput of up to 37Mbps, compared to the up to 3Mbps of ARC. That’s good news for fans of high-quality audio, but there is a catch: eARC is only available on TVs with HDMI 2.1 (although, technically it can be implemented on HDMI 2.0b, there haven’t been many firmware upgrades to make this happen). 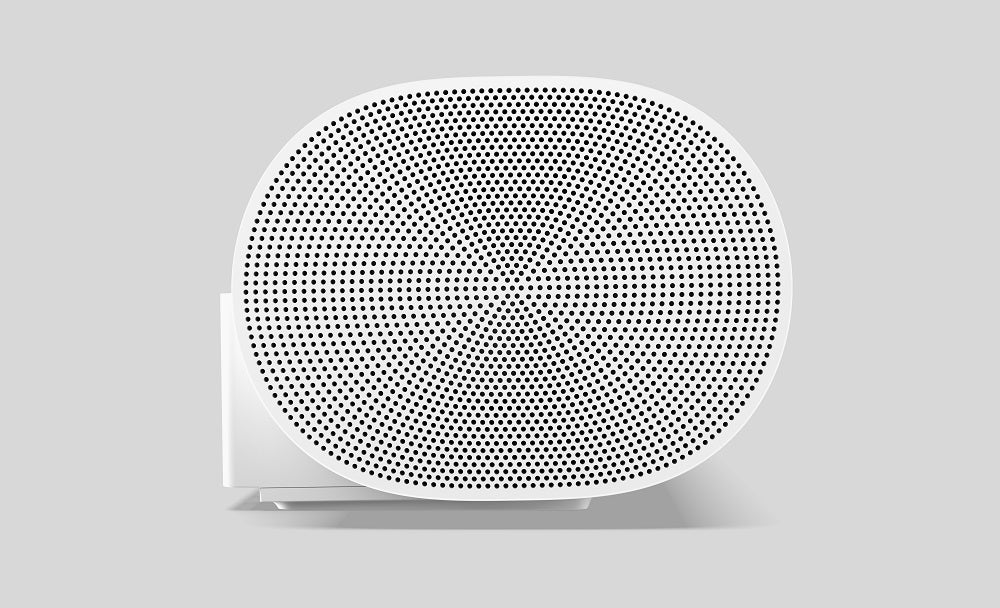 If you don’t have a TV with eARC, the Sonos Arc supports standard ARC, though you’ll be stuck with compressed sound formats. That’s a pain for those with an Ultra HD Blu-ray player, but less of an issue with streaming services. Netflix, for example, has a compressed version of Atmos that runs at 768Kbps and works over standard ARC. You can, via an adaptor, use an optical output from your TV, too.

Sonos has designed the Arc to deliver immersive sound without the need for extra kit. There are 11 Class-D amplifiers, driving eight elliptical woofers and three tweeters. Speakers are positioned to fire sound at, around and over you. Thanks to a tweaked version of the Sonos TruePlay system, you can automatically tune the soundbar for your room.

Sonos cleverly changes how its speakers are used depending on the content playing. For example, with non-Atmos content, the up-firing woofers push out more low-end frequencies. The slim, curved soundbar can sit in front of a TV on a stand, but there’s an optional wall mount, too. When wall-mounted, the Arc adjusts its EQ automatically to temper bass resonance. 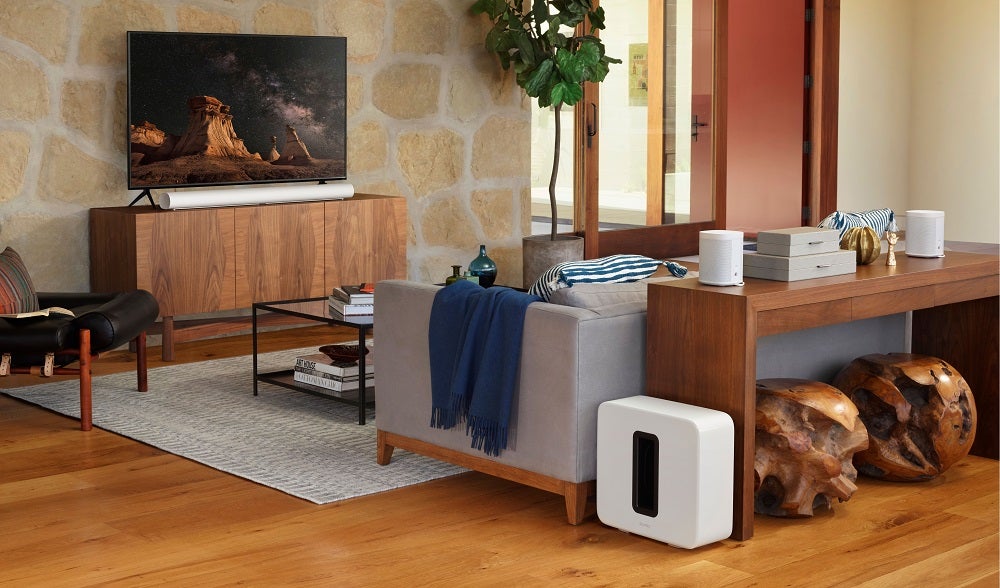 As with all future Sonos products, the Arc is compatible only with the new Sonos S2 app. If you’ve got unsupported products in your home, you can either upgrade your kit or run two separate Sonos systems.

If you want to take the Arc further, you can pair it with other Sonos speakers. Want more bass? Add a Sonos Sub. There’s even a new, 3rd gen version available with upgraded internals (faster processor and new wireless), although the older generation Subs remain compatible.

If you want rear channels, you can use a stereo pair of any other Sonos S2 compatible speakers. A pair of One SL or Ikea Symfonisk speakers will do the job.

As with most of Sonos’ recent products, the Arc is smart, with built-in microphones and a choice of the Google Assistant or Amazon Alexa for hands-free control.

Beyond home cinema, the Arc gives you all of the features you love from other Sonos speakers, including AirPlay 2 support.

Along with the Arc and the new Sub, Sonos announced a replacement for the Play:5. Called simply the Five, the new model delivers the same audio as the current model, but has upgraded internals including a faster processor, more memory and a new wireless radio. As with the other products announced, the Five works exclusively on the new S2 app.