Even though MWC 2020 has been cancelled, Sony is sticking to its original release schedule and has just announced a selection of new phones, including the Xperia 1 II.

This is the Japanese brand’s latest high-end, flagship Android phone and the successor to last year’s pretty good Xperia 1. While the naming convention is a little odd – Sony said its mirroring how it brands its Alpha cameras – the Xperia 1 Mark 2 has a lot of what we expect from a 2020 flagship – plus it packs an actual 3.5mm headphone port.

This will be Sony’s first 5G-enabled smartphone and it will also be selling a completely separate Xperia Pro model that’s built for the mmWave 5G network in countries like the USA. This won’t be coming to the UK, but the Xperia 1 2 has full support for the sub6 5G network you’ll find here. 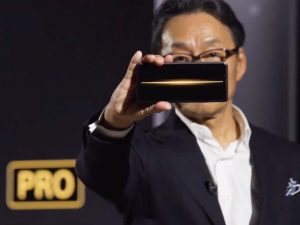 As you’d expect there’s a Snapdragon 865 5G chipset inside with the combined 5G modem along with 8GB RAM and 256GB storage. Sony is once again utilising a 4K OLED display and it remains the only big manufacturer pushing 4K displays at this size. The display measures 6.5-inches and it keeps the nice 21:9 aspect ratio, making it ideal for films shot cinematically. There’s HDR support too and Sony has added in a few customisable options to let you alter the screen’s white balance.

One of the big trends of 2020 is displays with a faster refresh rate, giving them a much smoother look. The Samsung Galaxy S20 series has a 120Hz OLED and we expect the OnePlus 8 to pack something similar. Sony, on the other hand, is using Motion Blur reduction software to give the idea of a 90Hz display. Whether or not this effect creates something that looks as good as the competition remains to be seen.

On the back you’ll find the now commonplace three camera array: wide (12MP, f/1.7), ultra wide (12MP f/2.2) and telephoto (70mm 12MP f/2.4), along with a 3D sensing ToF (time of flight) sensor for extra depth information. Sony is really pushing collaboration with its Alpha camera range again here, bringing its real-time eye AF for animals (there was previously support for the human eye) along with a continuous autofocus mode that can focus 60 timers per second.

Sony has partnered with Zeiss for the calibration on the optics and all of those rear cameras have OIS – something Sony has always included. 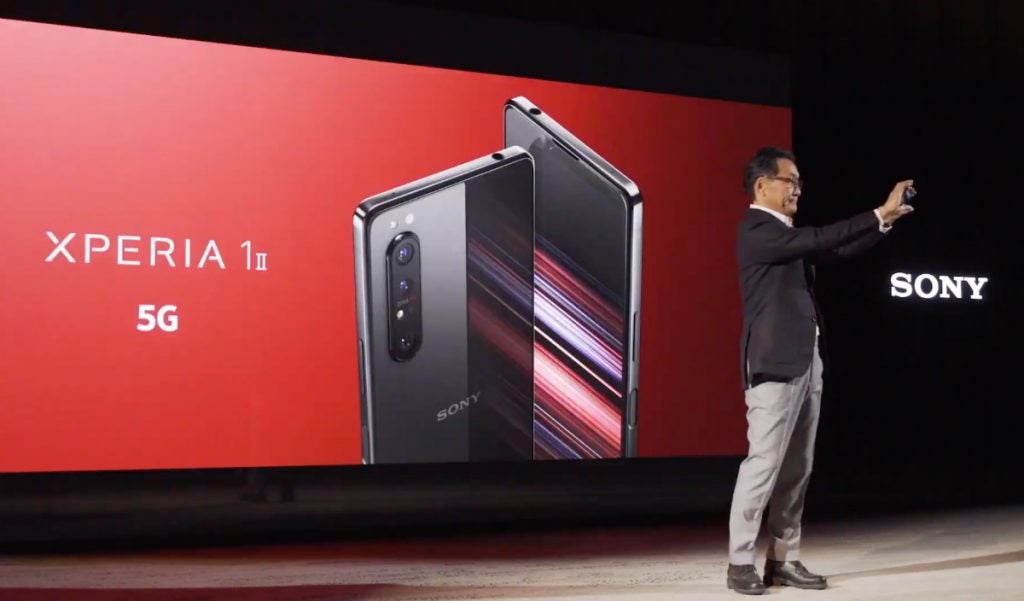 More of that Alpha DNA is visible in the camera app, which now has a Photo Pro mode with a UI that’s very similar to the brand’s mirrorless cameras.

Video is a big focus too and while there’s no 8K video recording like the S20 series, you can shoot 4K at 24, 35, 30 and 60fps and the Pro Camera app has been updated with more customisations and deeper control.

Other features include the return of the headphone jack, a side-mounted fingerprint scanner and a 4000mAh battery. Charging remains at 21w though and Sony doesn’t seem to be including a charger of that speed in the box.

We didn’t get a chance to use or even see the Xperia 1 2 during our initial briefing so we can’t really make many judgements on things like size, design or performance. Sony reps said it would hopefully hit shelves towards the latter parts of the spring with a price that has yet to be revealed. We’d expect a slight price rise when compared to the Xperia 1 though, as Sony won’t be selling a none 5G version. Samsung has already said that adding 5G to a phone can increase the cost by £100.