It’s impossible to have kids and keep them away from the internet, and at the same time trying to restrict access in a safe way while catering for people of different ages in the same house, is the big challenge. It’s one that Sky believes it has the answer to with Broadband Boost, a new service that promises more reliable internet and, via the new Broadband Buddy, protection for your children both inside and outside your home.

Sky Broadband Buddy is powered by Circle technology, the same excellent parental control software that’s available for Netgear Orbi routers, although Sky has added new features and has its own control app.

With Sky Broadband Buddy, you can create profiles in your home for each family member, letting you group each person’s devices under their profile. The basic functions let you control when a person can access the internet, including setting different weekend times and setting a bedtime and time-off period for things like homework, how long they can go online for, and the ability to pause a connection.

Unique to Sky Broadband Buddy is the ability to gift rewards of extra internet time to kids − as handy a bribe as we’ve seen.

Broadband Buddy is largely about safety, so each profile lets you set a web filtering level based on age, with the choice of PG, 13, 18 or none, although you can set custom filtering options picking the categories of sites that are allowed/blocked. Each profile can also be configured to allow or deny the apps that can be used, too. 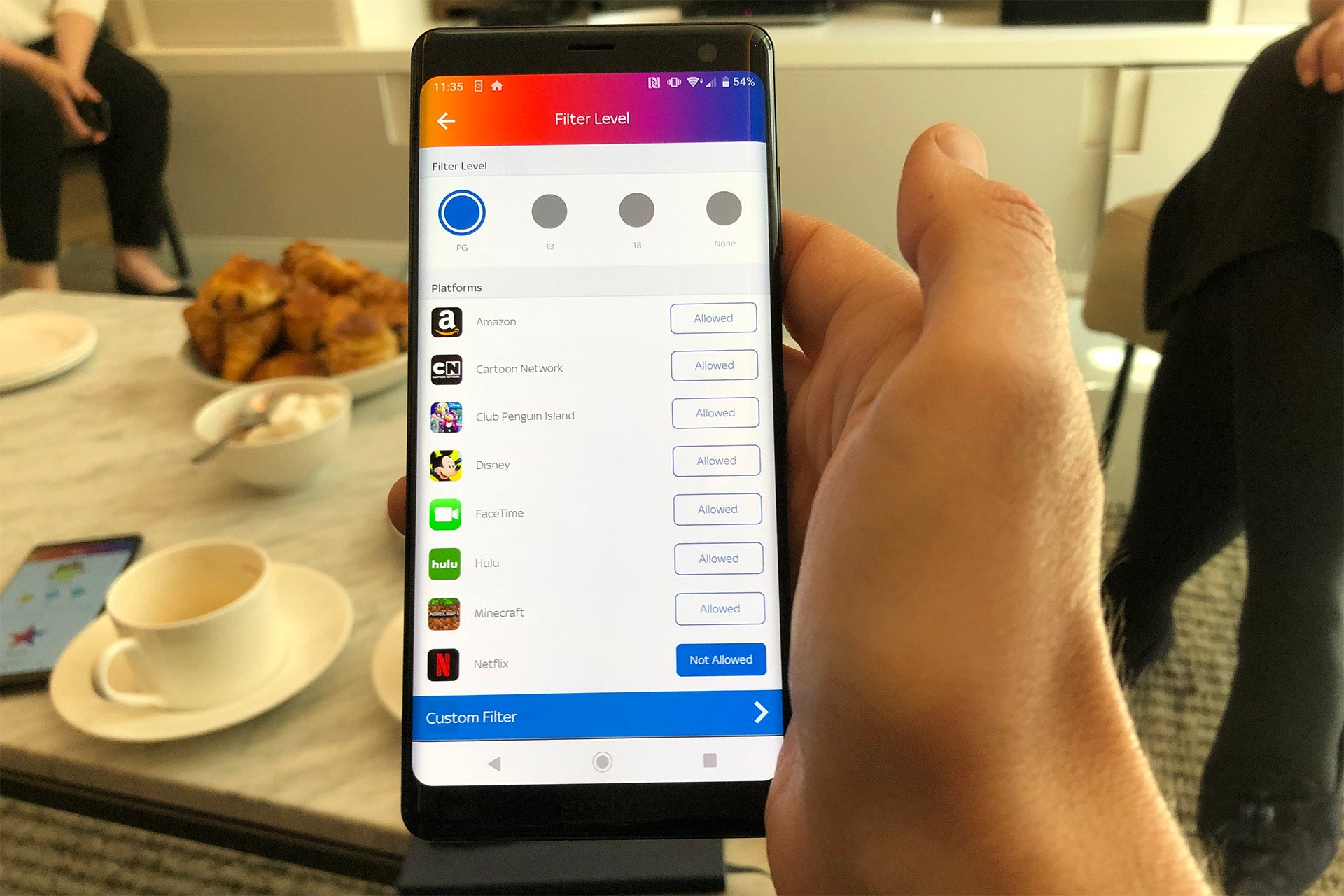 Typically, this kind of filtering software will work while you’re at home on your Wi-Fi network, but Sky has extended coverage outside of your home. For Android and iOS devices, you can use the Sky Buddy app to pair a child’s phone or tablet with their profile, maintaining the same levels of restriction and web filtering as at home.

According to Sky, the iOS app can be set so that it can’t be removed, but a child could uninstall the Android app, although you’re sent a notification warning you that this has happened.

Sky Broadband Buddy comes as part of the new Broadband Boost option, which is available for an initial price of £2.50 a month for an 18-month period, rising to £5 per month after that.

Broadband Boost adds daily line checks to look for broadband problems and includes evening and weekend engineer call-outs for any problems detected. Customers with Sky Mobile that suffer problems are given 2GB of extra data to their Piggybanks to cover internet use while broadband is down.

Sky Broadband Buddy continues Sky’s approach to child protection, which has recently included the Kid Safe Mode for the Sky Q TV platform. Sky has said that future improvements to Kid Safe will include more granular filtering of content outside of the basic age rating.

Is Sky Broadband Buddy the feature you’ve been waiting for? Let us know on Twitter @TrustedReviews.