Apple’s personal assistant Siri is getting a mightily impressive boost in iOS 12, thanks largely to the new Shortcuts app and wider functionality.

Siri will make smarter contemporary suggestions based upon your habits. So, for example, if you order a coffee from the same place every morning, you’ll get a notification enabling you to complete the task right within Siri.

Likewise, if Siri knows you’re running late for your next meeting based upon your current location, it’ll suggest you text the organiser to let them know you’re en route.

It’ll remind you to call your grandma on her birthday and, if it knows you’re at the movie theatre, it’ll ask whether you’d like to turn on the Do Not Disturb feature until you leave that location. If you have a Tile dongle attached to your keys, you can say “Hey Siri, I lost me keys” and it’ll activate the Tile app. 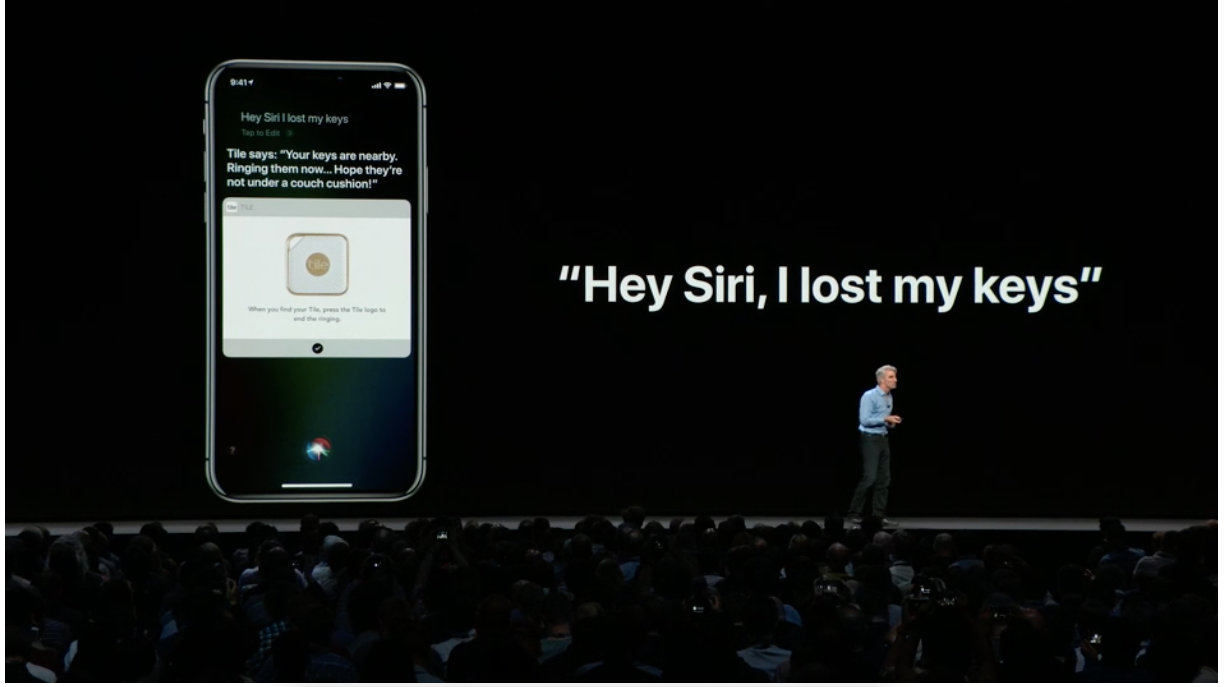 Shortcuts has its own app

However, the coolest part of the upgrade is the new customisable Shortcuts application, which will be built into iOS 12. Effectively its an ‘If This Then That’ tool that lets you group multiple commands in one.

The dedicated Shortcuts app will allow you to tie actions together under a voice command like “heading home”.

In the demonstration on stage at WWDC 2018, Apple showed how that command enables users to set their HomeKit-enabled thermostat, turn on the fan, notify your roommate of the ETA, load the route in Apple Maps, and play their favourite radio show. 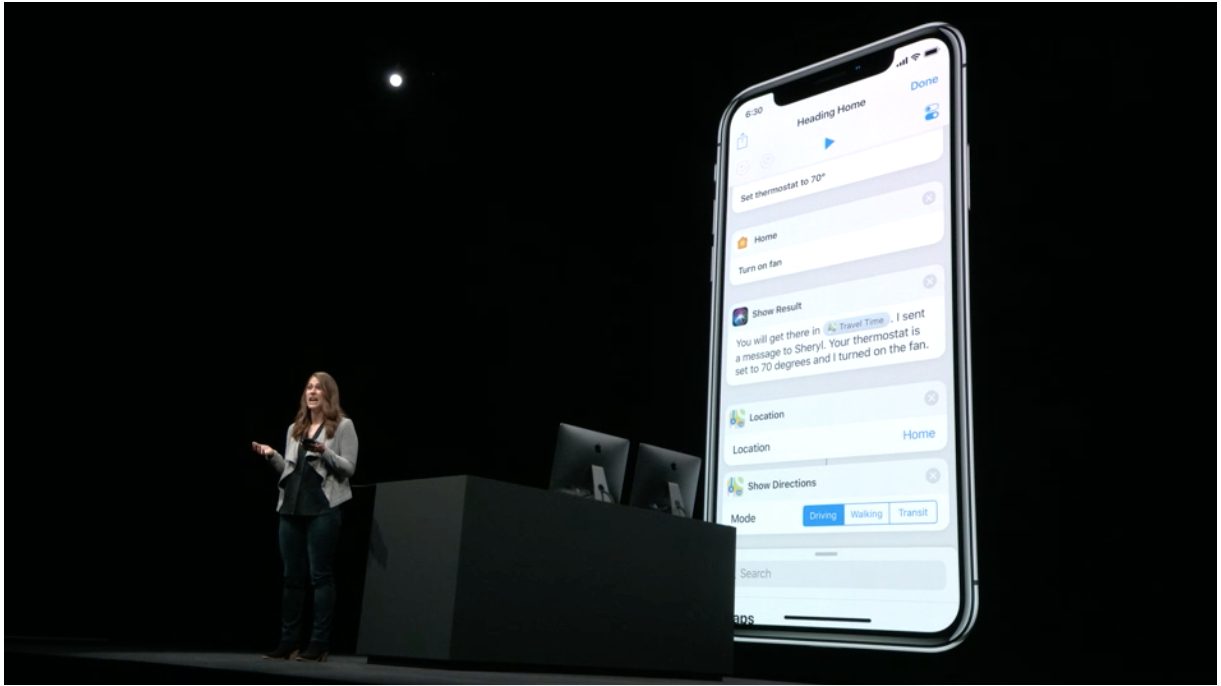 Likewise, after tapping an ‘Add to Siri’ button from an app like Kayak, users will simply be able to request travel plans from Siri to quickly load the address of their hotel, for example.

Apple says there are hundreds of pre-made Shortcuts within the app’s gallery, which users can easily add to their library.

However, it’s simple to to create your own or add features to the templates, from all of the first- and third-party apps they already have installed upon your phone. Within the Shortcut editor you’ll also be able to drag the order around to choose which actions take place first.

Does this do enough to bring Siri in line with Amazon Alexa and Google Assistant? Drop us a line @TrustedReviews on Twitter.