Smartphones might be able to shoot delicious 4K video, but their built-in microphones are a long way short of Michelin star quality. Enter the new Shure MV88+ Video Kit, which is a phone-friendly mobile vlogging setup with an ear for pro-level sound quality.

The kit includes a condenser microphone that’s similar to Shure’s existing MV88, along with a Manfrotto Pixi tripod, a phone clamp, a headphone jack for monitoring audio, and USB-C and lightning cables for connecting it to iOS or Android phones.

Not all Android phones provide enough power or support USB audio, though, so it’s worth checking Shure’s compatibility chart to made sure your handset’s compatible with it. 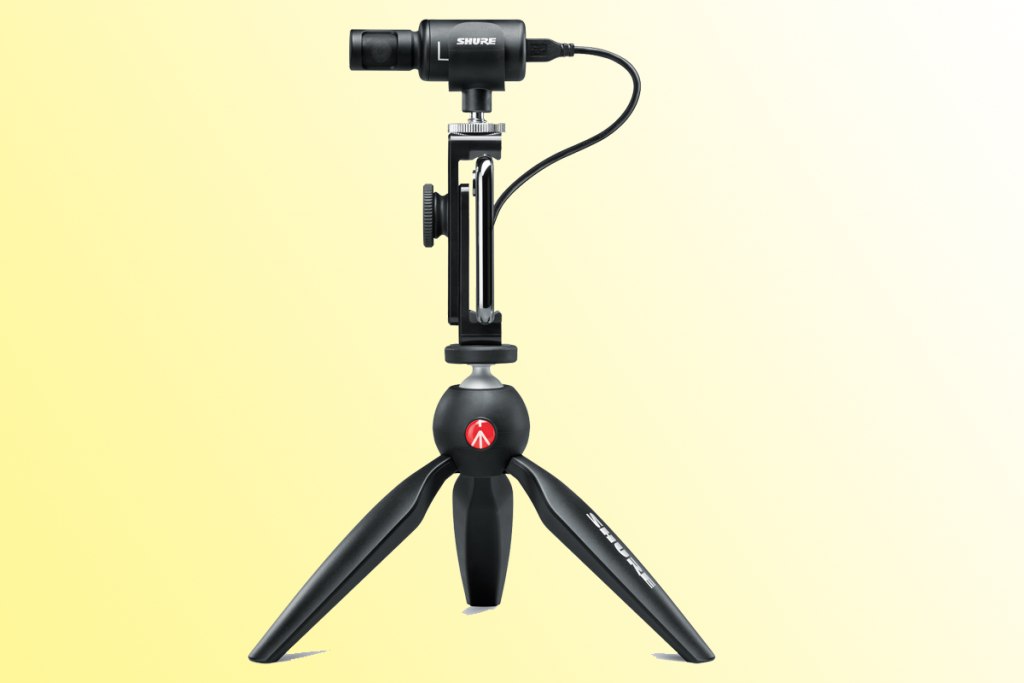 If your phone does play nice with the kit, it does look like a good, versatile option for shooting YouTube videos on the move or on-the-fly podcasts. The Manfrotto Pixi can either be placed on a table thanks to its adjustable legs or used as a handle for handheld shooting.

The only downside in the latter scenario compared to devices like DJI’s Osmo Mobile 2 or Osmo Pocket is the lack of gimbal stabilisation, although today’s flagship smartphones offer decent electronic stabilisation to help smooth out any judder. Also, neither of those gimbals have built-in audio options that are on the same level as the quality promised by Shure’s condenser mic.

Condenser microphones generally have a higher sensitivity and more natural sound than dynamic mics, and can also be made much smaller without affecting performance, so they’re ideal for mobile vlogging setups.

The Shure MV88+ Video is available to buy now from Gear4Music for £199. We’ll be looking to give one a spin at CES 2019, so look out for our hands-on impressions soon.

What do you think, is Shure’s new video kit a good setup for recording videos on the move, or are you considering something else? Let us know on Twitter @TrustedReviews.