Secret Santa has become as much of a festive tradition as mulled wine, mince spies and family disagreements.

This year, you’ve picked out Neil from IT, and apart from a penchant for slogan t-shirts and falling asleep at his desk, you’ve got no idea what he’s into. Or perhaps you’ve got Becky from HR who, based purely on her Instagram account, is obsessed with herself.

Either way you know you can’t spend more than £15 (and ideally it’ll be less), so we’ve put together a list of 15 techy gifts that’ll delight whoever you draw from the hat this year. Except maybe Mark. Mark doesn’t like anything. 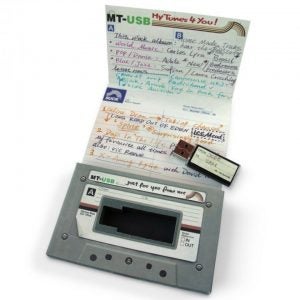 Along with roller-blading, nailing yo-yo tricks and reciting Outhere Brothers lyrics, making mix tapes is one of the lost arts of the ‘90s. Spotify playlists are a total pain to wrap up, so pick up one of these USB Mix Tapes and fill it with MP3s that you definitely didn’t download off BitTorrent instead. Sure, it’s really just a USB stick in fancy packaging but the packaging makes all the difference. Besides, when did you ever see a cassette tape that could hold 900 minutes of music? 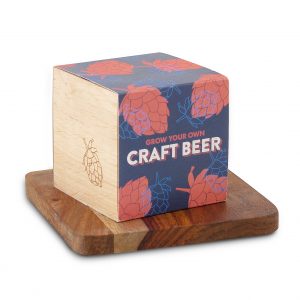 Grow Your Own Craft Beer

Why spend £6 on every pint of craft beer when you can grow the hops to make your own at home instead? This little wooden box of future booze is actually a biodegradable Ecocube that turns into fertiliser, so after six months of tending to your hop crop you can plant the whole lot and watch it grow. Just add yeast, barley and a whole load of patience and your first batch of bevs could be ready just in time for Christmas 2018. 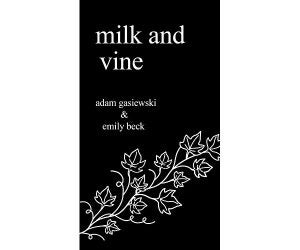 Got to buy a gift for someone who spends their life quoting from Vine videos? Chances are they don’t need a copy of Milk and Vine, a book that takes quotes from famous Vine videos and turns them into spoof poetry, but that doesn’t mean they won’t devour it from cover to cover within minutes of unwrapping it. 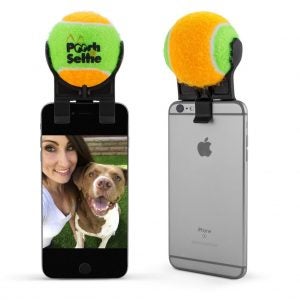 Dogs are idiots. No matter how many times you say “cheese” they’ll lick your ear clean before you’ll get them to sit still long enough for a selfie, let alone look at the camera. As we’ve already established, though, dogs are idiots, so stick this Pooch Selfie ball attachment to the top of the phone and they’ll sit and stare at it while you snap away. Just make sure they don’t lunge for it and end up chewing your phone to bits. As good as the pics might be, that’s an expensive photo shoot. 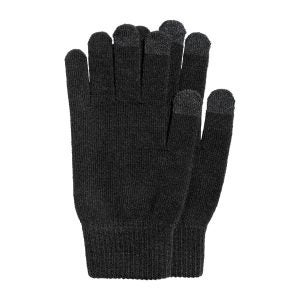 Buying for somebody with an iPhone X? Face ID means they no longer have to take their glove off to use Touch ID, so these phone-friendly gloves are ideal. They have touchscreen-compatible material sewn into three fingers on each hand, so the wearer can continue to scroll through Twitter without turning a digit into an icicle. You also get two pairs in a pack, so they’re the perfect gift for someone with four arms. 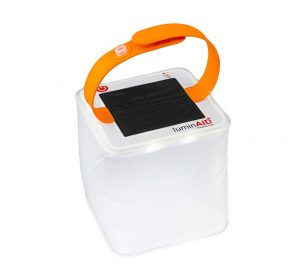 Only a total nutcase would go camping in December, but if you know someone who heads out to spend a night under canvas as soon as the temperature gets above 10º, send them on their way with a LuminAID Packlite Halo – a solar-powered lamp that weighs just 100g, folds flat for transportation and provides 12 hours of light from a 10-hour daylight charge. 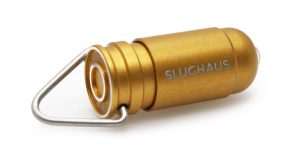 Where was granny when the lights went out? In the dark. If only she’d had a SlugHaus Bullet 02 on her keys, she could’ve fired up its LED light and navigated her way to the fusebox. No bigger than a pen lid, with a battery that’ll last 150,000 hours, it’s waterproof too, so even if the submarine that granny lives on springs a leak, her torch will keep on shining while she patches it up in the dark. 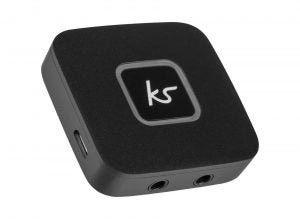 Christmas is a time for sharing and that extends to the festive bangers that get played on rotation every year. Enjoy Chas ’n’ Dave’s Cockney Christmas with your friendly, neighbourhood cockney by connecting your phone to KitSound’s Wireless Headphone Splitter – a Bluetooth receiver with a pair of 3.5mm headphone ports, allowing both of you to plug in a pair of cans and enjoy a good old yuletide knees-up. 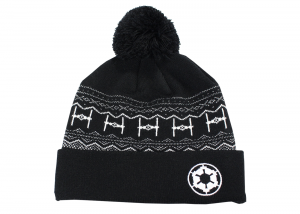 Unless you’re 10 years old, even the biggest Star Wars fans don’t tend to dress head to toe in Jedi clobber, but Numskull’s Star Wars-themed beanies are just subtle enough to get away with without looking too nerdy. If you can face joining the Dark Side, this bobble hat has a nice subtle TIE Fighter design and an Imperial logo, just in case anyone isn’t totally sure of your allegiance. 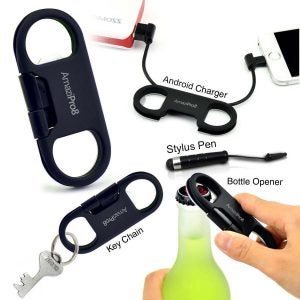 The Swiss Army knife for the Facebook generation, this uncommonly useful keychain is half bottle opener, half Lightning (or USB) cable. So wherever you are, you’ll always have something you can crack open a cold one with, to have a drink while you wait for your phone to charge. It also comes with a tiny stylus for you to lose. 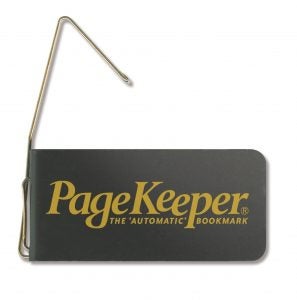 Buying for a bookworm? This nifty little gadget clips onto the back cover of a hard- or paperback book and has a spring-loaded marker that rests inside on whatever page you’re reading. Whenever you turn the page it automatically follows your progress, so you’ll never lose your place. £3.99 gets you one, but if your recipient is a serious multi-tasker, you can get a pack of five for £14. 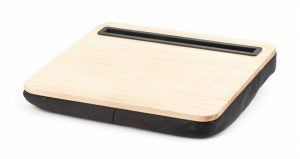 The self-employed and people who work from home don’t often get to participate in the annual Secret Santa draw, but they do get to work from bed if they want, so get them an iBed Lap Desk. On the bottom is a microbead cushion, while the wooden top has a groove that’s designed to hold an iPad, so the user can be propped up watching Netflix and eating breakfast in bed. That’s what remote workers do, right? 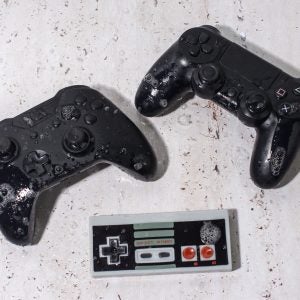 Know someone who’s so addicted to FIFA or Call Of Duty they take the controller into the bathroom with them? Buy them one of these console Controller Soaps to take in instead and they’ll at least be able to make use of it while they’re in there. They come in NES, PS4 or Xbox One shapes, all with the same Energy Citrus scent. Just be careful with those analogue sticks when you’re sprucing up your private parts. 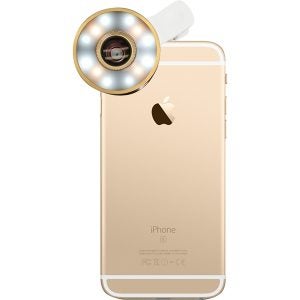 Sure, there’s a light on the back of your phone, or you can make the screen flash while you use the front-facing camera, but neither will work as well as this Selfie Light. Its ring of 12 LEDs will illuminate the situation far more evenly than your phone can manage on its own, plus the built-in wide-angle lens means you can fit more in, even when you’re just holding your phone at arm’s length. It’ll even eliminate red-eye as well. 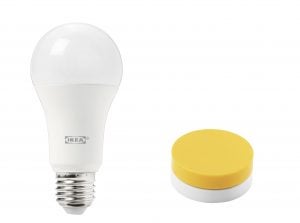 Buying somebody a light bulb for Christmas used to be the kind of thing only an oddball might do, but since Philips made the humble energy-saver Wi-Fi-enabled, what you’ve got in your lamp is much more exciting than just screw-in or bayonet cap. Ikea’s Tradfri system is one of the cheapest ways to get involved with smart lighting and this Dimming Kit comes with a ready-to-go bulb and a wireless dimmer. Buy it for someone and just watch their eyes light up (sorry).

Already given (or received) any amazing Secret Santa prezzies this year? Let us know on Twitter @trustedreviews