It’s been a couple of days since Sea of Thieves, the new multiplayer-focused pirate game from Microsoft’s RARE studio, was released – and to celebrate launch week, the company is treating us to a special 10-hour Xbox livestream event to showcase the game.

As well as giving you a decent look at the game to work out whether you want to dive into it yourself, the livestream will feature the opportunity to win a variety of prizes.

Anyone watching on Mixer (Microsoft’s own streaming service) will receive a free Flintlock pistol skin, but there’ll also be prize draws for a Nvidia GTX 1070 graphics card, Xbox Game Pass subscriptions (which Sea of Thieves is included free with) and of course copies of the game itself.

You can watch the livestream on Mixer, Twitch, YouTube, Facebook, and through the official @XboxUK and @SeaOfThieves Twitter accounts, starting from 6pm GMT tonight. The show will wrap up at around 2am.

So far, we’ve been impressed with what we’ve played of the game. Simply sailing the ship gives everyone plenty to do, and the overall experience alternates nicely between peaceful adventuring and frantic action. Adventures have a nice habit of organically emerging, as you come across the ships of other players with their own agendas.

Sea of Thieves is available in-stores now for £39.99, or you can subscribe to Xbox Game Pass and the game is included in the subscription, as are all future first-party Xbox One titles. 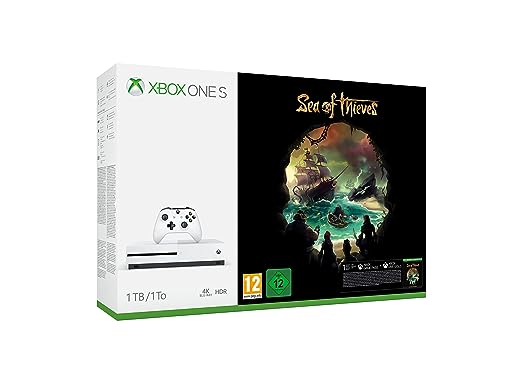 Get a Xbox One S with a 1TB HDD and the new Sea of Thieves game.

The livestream will feature a number of familiar faces from the steaming community including Minecraft streamers SeaPeeKay and The Orion Sound, Leahviathan, and Xbox On presenters Lydia and Benny.

Apparently, they’ll be offered challenges such as having to eat a banana with the skin on – and as if that’s not enough punishment, you’ll even be able to vote to imprison streamers in the brig if you’re watching on Mixer!

Just, go easy on them OK?

Are you planning on picking up Sea of Thieves? Let us know @TrustedReviews.