Samsung has finally announced its first 5nm chipset, joining the likes of Apple and Huawei and ahead of Qualcomm unveiling the Snapdragon 875.

The Exynos 1080 is the successor to the 980 so don’t expect it to take pride of pace inside the next Galaxy flagship, instead this will sit more as a premium mid-ranger offering. In fact, it won’t actually debut inside a Samsung phone at all, but rather in a device from Vivo (via Android Central). 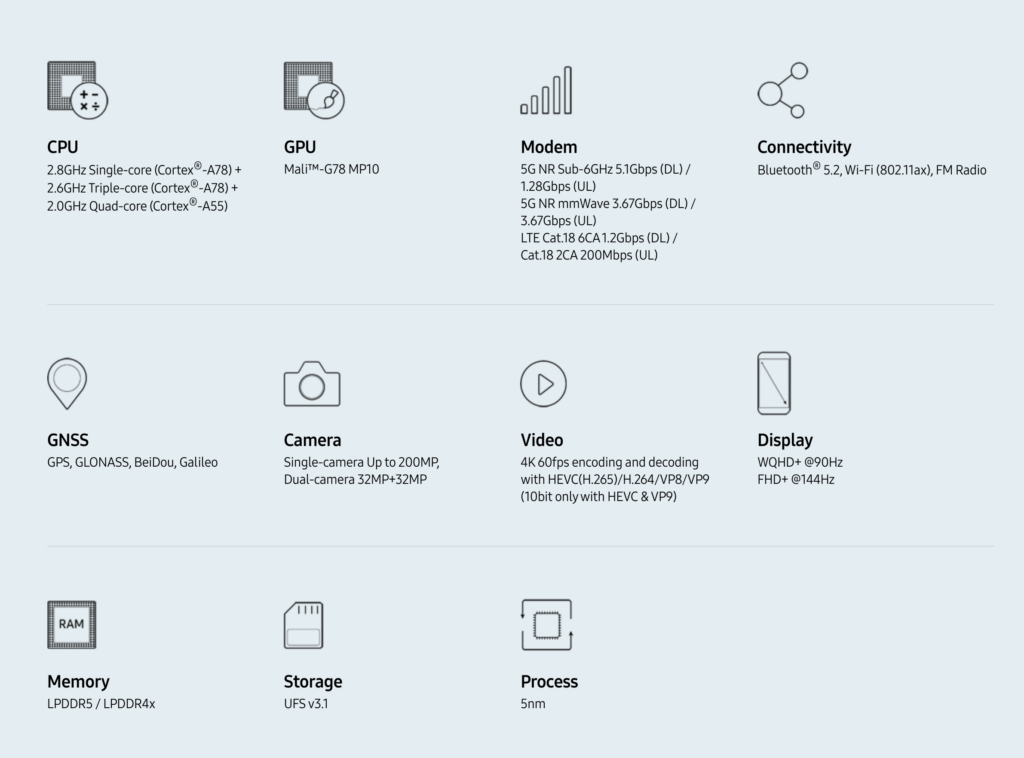 While it’s more of a mid-range chip, it’s still packing some impressive specs and Samsung says it offers a 50% increase in single-core performance (over the 980) and double the multi-core. It’s also built on the highly efficient 5nm process, just like recent chipsets from Apple and Huawei which Samsung is claiming to mean improved battery life.

There’s a Mali-G78 GPU which is said to be over twice as powerful as the G77, so this should be a strong chip for gaming. Displays up to WQHD+ running at 90Hz are supported, and FHD+ at 144Hz. As we’re likely going to see the Galaxy S21 running at WQHD+ at 120Hz, this once again shows we won’t see this chip power the next Samsung flagship.

In terms of cameras, this new chip can support sensors with up to 200MP along with 4K 60fps video and HDR 10+. This doesn’t mean all phones will have such cameras, but it’s good to see the support there.

Support for LPDDR5 memory is included along with UFS 3.1 storage, a sub-6 and mmWave 5G modem, Wif-Fi 6 and Bluetooth 5.2.

While it won’t run on this chip, the Samsung Galaxy S21 is rumoured for a January release date and is set to, once again, come in three variants likely all with high-end specs and features. Expect to see a Galaxy S21, S21 Plus and S21 Ultra in the range each available in a variety of colours.