Samsung has revealed its latest 4K laser projector, an “ultra-short-throw” device that delivers a 130-inch display even when placed up against a wall.

The Premiere, as Samsung calls it, features an integrated woofers as well as the Acoustic Beam surround sound the company uses in its sound bars.

The all-in-one solution also includes the highly-regarded Samsung Smart TV interface for all of your streaming needs. There’s also plenty of mobile connectivity features such as smartphone mirroring and Tap View from Galaxy devices.

Samsung’s Premiere projector comes in two flavours. The LSP9T has the larger display area of 130-inches and, according to the company, is world’s first HDR10+ certified projector with triple laser technology. Peak brightness is 2,800 Lumens, so you won’t be struggling to follow the action in a well-lit room. The LSP7T, on the other hand, brings a 120-inch display.

Samsung is also promising a Filmmaker Mode, which makes the journey across from its QLED televisions. This mode turns off post-processing of video content, like motion soothing, which can leave movies looking like cheap daytime soap operas.

The tech, pioneered by the UHD Alliance in association with Hollywood studios, ensures “the movie or television show is displayed as it was intended by the filmmaker, preserving the correct aspect ratios, colours and frame rates.”

The Premiere is Samsung’s latest in its luxury lifestyle range that includes The Frame and The Terrace television sets. 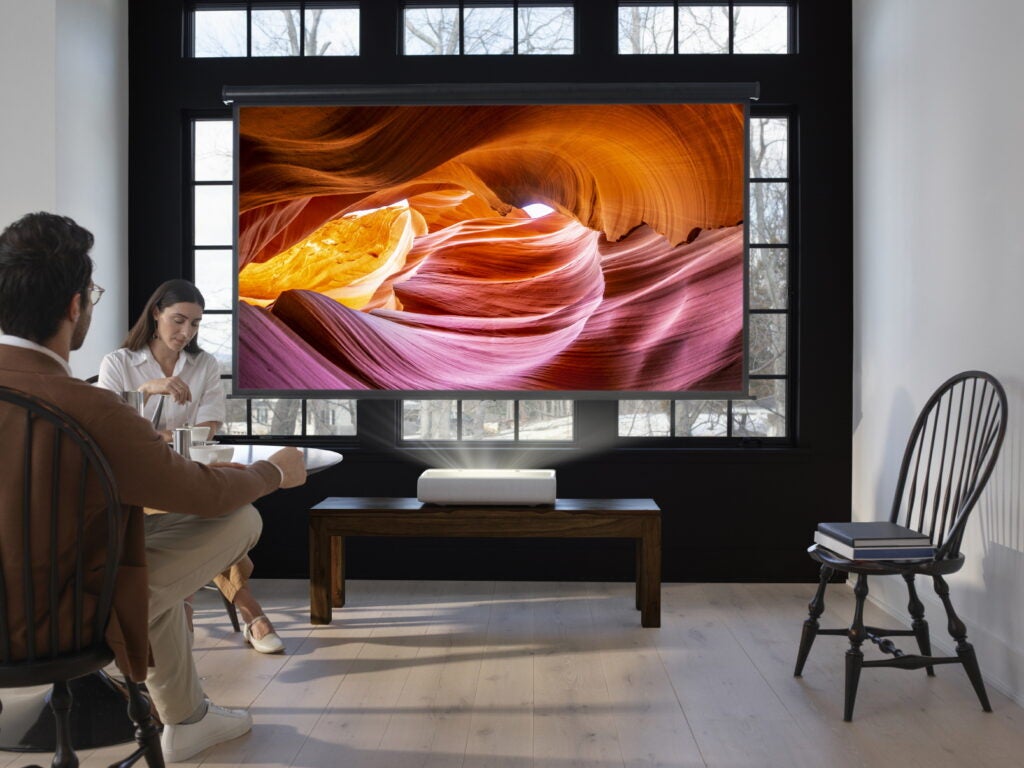 There’s no word on when this will go on sale, but it’s coming to US, Europe, Korea before the end of the year. Samsung hasn’t announced a price, but we can expect The Premiere projector to cost consumers a pretty penny.

“Over the past few months, we have seen how consumers are spending more time at home and how the role of everyday life continues to change. TV has become the center of entertainment, a fitness partner, a co-worker and a source for news,” said Jongsuk Chu, Executive Vice President of Visual Display Business at Samsung Electronics in a press release. “The Premiere re-imagines the home cinema experience with an all-new, compact design, 4K picture quality and big sound for tight spaces that can be used for any at-home activity and living room arrangements.”