Samsung has invented a bewildering multi-purpose smartphone that turns into a smartwatch and even a tablet. Because why the hell not?

Samsung Display has filed a patent application for a new smartphone that features a stretchable display. This allows the handset to turn into both a wearable and a tablet at a user’s will. The patent was originally filed with the Korean Intellectual Property Office 18 months ago, but was only published today. 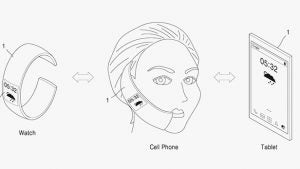 The patent describes a “device using stretchable display and controlling method of the same”, and depicts a device with a highly flexible screen that can be folded into a smartwatch shape. It can also be stretched back out into a phone, and then stretched even further into a large tablet. 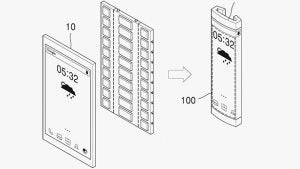 The device is based on a type of flexible OLED screen, although it’s not clear whether Samsung’s flexible OLED technologies are sufficiently advanced to allow for such an invention. As such, it seems likely that this is little more than a concept. After all, we’re still waiting to see Samsung’s long-awaited foldable display smartphones, reportedly due for 2017. Based on that timeline, we’d expect that the phone described in the patent is a long way off. 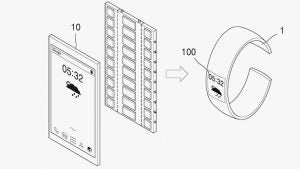 It’s also worth noting that Samsung has no obligation to build a stretchable device. This patent, which has not yet been granted, is little more than a schematic, so there’s every chance that Samsung never builds a stretchable smartphone.

What do you think of this quirky Samsung patent? Let us know in the comments.