However, it has emerged the company is envisioning an even greater expansion of the functionality that would put last year’s update in the shade.

Samsung has patented a version of the S Pen which has a camera with an optical zoom lens built in. The firm has been granted the patent with the US Patent and Trademark Office, which was published today.

The patent (first reported by Patently Mobile) explains the type of functionality most observers would likely dismiss as unrealistic, if this the news were to arrive in the form of a rumour. However, the publication of the official document proves Samsung believes this is very much within the realms of possibility.

The filings show an S Pen harbouring one or more camera lenses, complete with optical zoom capabilities aided by a control key. Optical zoom is a big deal and has proven beyond smartphones until very recently. 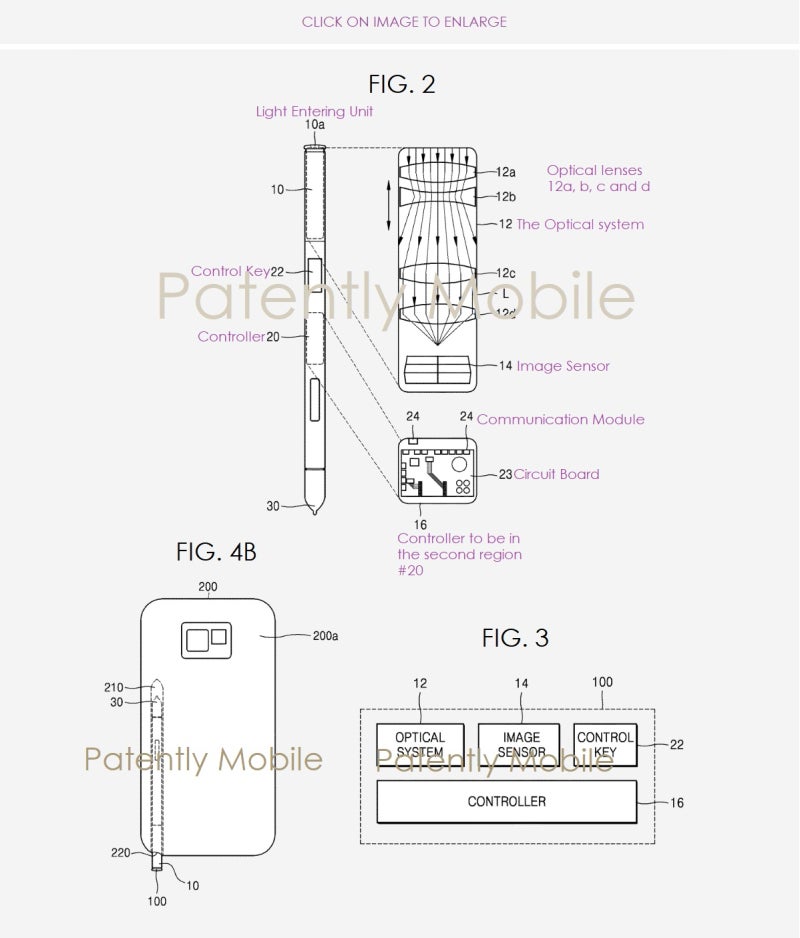 Smartphones currently use artificial digital zoom systems, which lead to degradation in clarity and detail the closer the user gets to the subject. However, because of their inherently slim design of smartphones, they lack the physical depth required to include a traditional optical zoom system that preserves the quality of the image.

One company in particular has technological advancements, effectively using a periscope system in order to build a 5x optical zoom that can fit within modern slim smartphones. Samsung itself is rumoured to be acquiring the Corephotonics firm that had previously worked the Chinese manufacturer Oppo, and helped it debut a concept smartphone with a 5x optical zoom lens, a couple of years back.

Whether this patent filing is connected to the rumoured acquisition is unclear. It wouldn’t be surprising if Samsung has dreamt up this possibility and splurged one hundred million on a company that can help it achieve the vision.

Would an S Pen with an optical zoom camera be overkill? Or would this be the Note 10 feature to blow away the competition? Let us know @TrustedReviews on Twitter.