Samsung has officially unveiled the Galaxy Chromebook 2, which is the world’s first Chromebook to feature a QLED panel.

With QLED display technology typically reserved for Samsung’s high-end TVs, it feels very generous to see it implemented on a budget-friendly Chromebook. The 13.3-inch Full HD touchscreen has all the specs to be one of the best displays for the likes of Netflix and Disney Plus at its $549.99 starting price.

The Galaxy Chromebook 2 features the Intel Celeron 5205U processor, which is admittedly unremarkable but should still be able to handle basic productivity tasks. Samsung is also offering the option to upgrade to the more powerful Intel Core i3-10110U chip if you crave faster performance speeds. Other specs include up to 8GB RAM, up to 128GB of storage space and Wi-Fi 6 support for speedy and reliable network speeds with compatible routers.

Weighing just 1.2kg (2.71 lbs) Samsung’s Chromebook is around the same heft as a conventional modern-day ultrabook, with the slender 13.9mm presumably making it a doddle to store away in a small bag. The device flaunts a 2-in-1 for factor, allowing you to flip it into tablet or tent mode whenever you fancy. It also features a backlit keyboard, stereo speakers and 1MP webcam, packing in everything you’d need for working/studying at home. 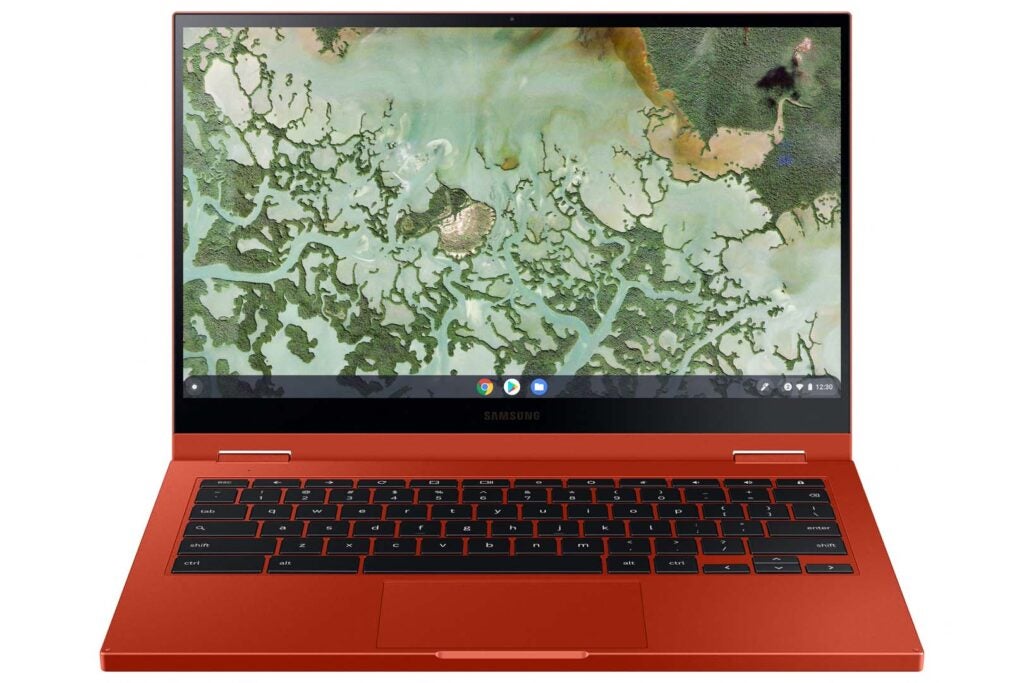 The Chromebook supports the Universal Stylus Initiative (USI) pen so you scribble and sketch on the screen with 4096 levels of pressure sensitivity. Unfortunately the stylus is sold separately, so you’ll need to shell out extra to take advantage of this feature.

Available in two colours, Fiesta Red and Mercury Gray, the Galaxy Chromebook 2 will start shipping in the US in Q1 2021 with a $549.99. There’s no word on UK pricing and release, with Samsung renowned for stalling European laptop launches. We’ll update this article once we hear more.