Samsung Gear S3 vs Gear S2: How has Samsung improved its smartwatch this year?

Samsung just debuted its new smartwatch at IFA 2016, and it looks to be an impressive offering. But how does it stack up against the Gear S2?

We compare the two to see whether it’s worth the upgrade.

Samsung has decided to offer its new smarwatch in two designs “to suit different lifestyles”. There’s the S3 Frontier and S3 Classic. The Frontier design has a rugged outdoorsy look and has been designed to perform in any setting or environment. The Classic finish, on the other hand, is a more minimalist affair, made to look like a luxury watch.

When it comes to the Gear S2, you’ve got the option of three different versions: the standard sporty model, a slightly classier one called the Gear S2 Classic, and a 3G-enabled smartwatch.

Both the S2 and S3 come with a rotating bezel, which can be used to do things such as answer calls without using the touchscreen. The S3 sees the bezel functionality opened up to third-party developers, however, so expect to see more bezel integration in future apps.

And there’s not a lot of difference when it comes to weight. The S3 Frontier weighs 62g, while the Classic comes it at 57g. That’s in contrast to 51g for the Gear S2. The size is a different matter, though, with the S3 having a considerably larger case than the S2, which makes it look rather silly on weaker wrists and could be a major factor in whether you’ll want to upgrade. 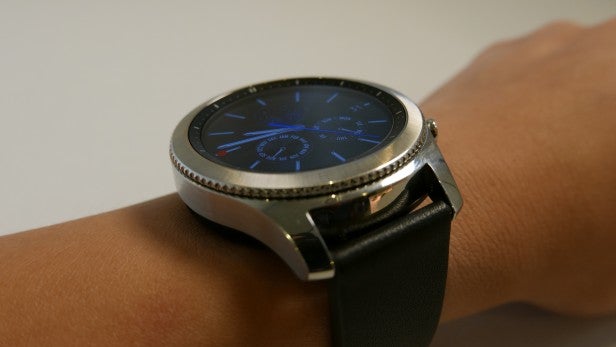 Samsung has also added the new Gorilla Glass SR+ to its latest smartwatch design, which should ensure fewer scratches in comparison to the S2’s Gorilla Glass 3.

Both the S2 and S3 are compatible with 22mm watch straps, except for the standard version of the S2, which uses custom strap lugs.

The S3 comes with a 1.3-inch full-colour, always-on display with a 360 x 360 resolution. Samsung has used its AMOLED screen tech, so you can expect deep blacks and great energy efficiency, and the 16 megapixels should make for a crisp image.

The previous model came with a 1.2-inch display, so there’s been a slight bump in screen size. The S2’s screen also has a 360 x 360 resolution that makes it hard to pick out individual pixels unless you get up really close. 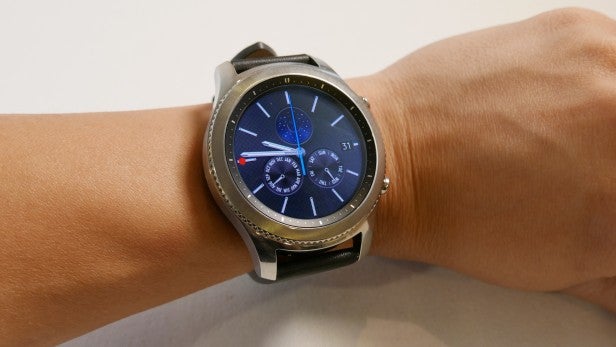 We found colours to be rich and vivid on the S2, which also uses an AMOLED panel, so expect similar performance from the S3. Brightness was also impressive on the previous model, which featured an always-on display, too, and we’re expecting that to be no different on the S3.

We found the Gear S2 to be severely limited by the Tizen operating system. Samsung’s OS has a good selection of watchfaces – which range from digital ones to those built for apps such as ESPN and Bloomberg – and the general UI is slick.

But the problem with Tizen is the utter lack of apps. While the OS looks good, then, the app support just isn’t what it should be.

Unfortunately, it seems Samsung has decided to use Tizen on the Gear S3, too. There are a lot more apps than there was at one point, but we’d prefer to see Android Wear on these devices. 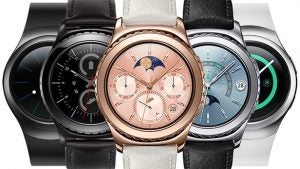 Samsung says: “Through an open collaboration with developers and partners, Samsung continues to enrich its wearables ecosystem and provide users with a unique smartwatch experience.”

We’re hoping to see some significant Tizen improvements in the near future, then.

This is where the smartwatches really shine. The hardware is, after all, what makes it possible for the devices to track things such as your location, heart rate and steps.

And last time around, Samsung managed to load the S2 with a ton of great features, including a dual-core Exynos 3450 processor paired with half a gig of RAM which, although fairly standard for a smartwatch, provided fluid and speedy performance.

With the S3, the company has upgraded the internals to include 768MB of RAM alongside the dual-core 1GHz processor. That should mean similarly trouble-free performance. 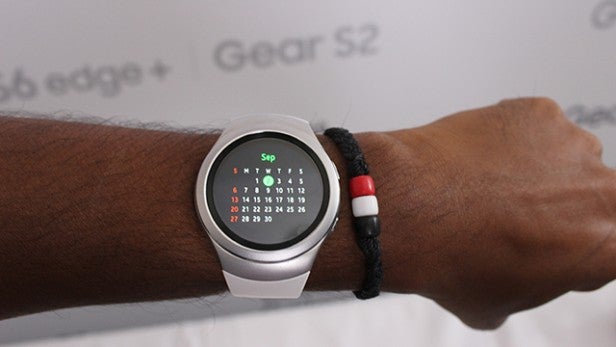 The S2 and S3 both come with an accelerometer, gyroscope, barometer and heart-rate sensor. However, the S2 lacked built-in GPS – something that Samsung has remedied this time around. Both the Frontier and Classic have GPS as standard, but the Frontier also comes with LTE connectivity, so you can get online over a data connection.

An IP68 rating on both watches means you’ll be able to submerge them in 1.5m of water for 30 minutes, so they should be fine for wearing in the shower.

The decent battery life on the S2 also means that, with always-on mode turned on, the 250mAh cell can easily make it through the day and on until lunchtime the following day. With the always-on function turned off, the S2 should go for about two days.

With the Gear S3, Samsung has provided a 380mAh cell, which will be needed to run the extra features such as GPS and the slightly larger screen. Overall, we’re not expecting a huge difference when it comes to battery life between the two watches, but we’ll update this piece once we’ve managed to get a full review of the S3 up.

Samsung does say that its new smartwatch will last four days on a single charge, but we’re yet to test this.

You’ll also be charging both the S2 and S3 via an included wireless dock. In our experience, the Gear S2 can go from 0% to full in less than hour, and we’re hoping the same can be said of the S3.

Right now you can pick up the Gear S2 starting at around £170, but the price will likely drop very soon, now that the S3 has been announced. More fancy models can cost as much as £270.

And at the time of writing, we’re yet to get a price for the S3, nor a release date. We expect it to be around the same price as the S2, but we’ll update this piece once we’ve confirmed the details. 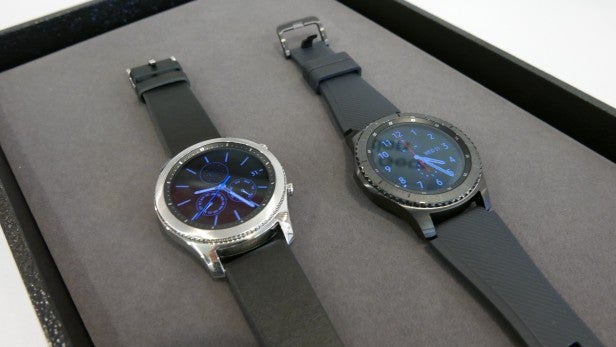 While we’re yet to test out the Gear S3 in full, it looks like Samsung has done enough here to make the the new model a worthy successor to the S2.

With built-in GPS, more bezel functionality, bigger screen and better battery, the list of improvements is certainly impressive. The sticking point will be its increased size – anyone with dainty wrists won’t want to go near it.

We’ll have more once we’ve reviewed the S3, so stay tuned.

Will you be upgrading? Let us know in the comments.