Samsung has already wowed consumers with its Galaxy S8 flagship, and while we eagerly await the arrival of the upcoming Galaxy Note 8, there’s another handset in the works which looks to be packing some serious hardware.

The phone in question is, of course, the Galaxy S8 Active – a more rugged and durable version of the Galaxy S8 designed for those with a more active lifestyle.

It’s yet to be officially introduced, but the handset has now been spotted on benchmarking tool Geekbench’s database, following some earlier leaks last month that seemingly revealed the phone’s design.

This latest leak appears to show the S8 Active will come packing the same Snapdragon 835 chipset as the standard model, along with the same 4GB of RAM – making it a formidable performer.

It’ll also arrive with Android 7.0 Nougat installed, according to the listing, which unfortunately doesn’t contain any more details.

The phone is expected to feature a larger battery than the Galaxy S8’s 3000mAh cell, though just what size and whether that’s accurate remains unclear. 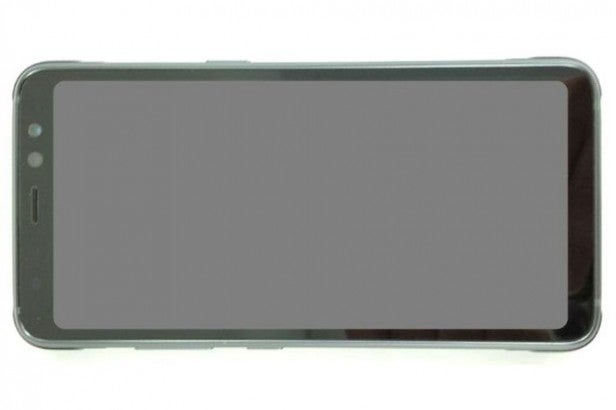 A previously leaked image appears to reveal the phone’s design

It follows a leak from May whereby a photo appearing to show the phone emerged via the Wireless Power Consortium – the group behind the Qi wireless charging standard.

If the photo is legitimate, the Active model seems to differ from the standard S8 in that it lacks the curved-edge screen of the latter

No doubt Sammy ditched the so-called ‘Infinity Display’, increasing the size of the bezels, for the sake of increasing the durability of the Active model.

The corners of the device also look to have been reinforced to protect the handset against drops – which should certainly help in that regard, but takes away from the sleek finish of the standard model

The S8 Active has already been certified by the Wi-Fi Alliance, but at this point, it’s yet to gain FCC certification, so there’s no telling just when the handset will actually launch.

Samsung was thought to be eyeing June as the month to officially introduce the phone, but that’s yet to be confirmed, and seems unlikely at this point. Stay tuned for more in the coming weeks.

Let us know if you’re looking forward to the S8 Active in the comments.