With rave reviews, the Galaxy S7 looks sure to be one of this year’s most popular handsets.

Samsung is said to have shipped nearly 10 million Galaxy S7 and S7 Edge phones in the first quarter of 2016.

That’s according to industry analyst Jay Yoo, as reported by Reuters, who says 9.5 million handsets were sold to retailers, and customers directly.

“It looks like the sell-in numbers have been pretty good and analysts are raising their sales forecasts for the S7 this year,” Park Jung-hoon, HDC Asset Management fund manager, is quoted as saying.

He continued: “The firm is pushing up volume in the mid-to-low tier to protect market share,” adding:

“Starting S7 sales about a month earlier than the S6 to take advantage of Apple not having new products out yet was also a good move.” 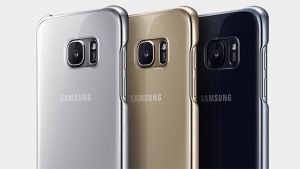 Samsung unveiled the Galaxy S7 and S7 Edge on February 21 during a press conference at Mobile World Congress in Barcelona.

Both handsets went on sale in Europe and the USA on March 11 this year, and have been well-received by critics.

Improvements to the phone compared to last year’s model include a newly waterproof chassis, and a more powerful processor – either the Snapdragon 820 or Exynos 8890, depending on market.

We scored the Samsung Galaxy S7 as 10/10 in our review, praising its great camera, impressive display, and attractive design.

What do you think the best phone of 2016 is so far? Let us know in the comments.