Samsung Galaxy Note 8 vs Galaxy S8: Samsung is on fire – thankfully not literally, again – in 2017 with the Galaxy S8 sitting atop our best phones list. But can it be toppled by another one of Sammy’s own phones: The new Galaxy Note 8?

The Samsung Galaxy Note 7 was a great phone, but one that didn’t last very long. After receiving critical acclaim, it began to randomly catch fire due to issues with the battery. The phone was recalled once, then relaunched and then recalled again. Eventually it was cancelled, and the future of the original phablet series looked in doubt.

Both these phones are stunning pieces of technology. They are made from glass and metal, with curved backs and displays.

You can tell both of these phones have been designed by Samsung and even though they are very similar, there are some minor changes that point to who Samsung is aiming the devices at. The Galaxy S8, along with the larger S8+ model, are very rounded phones. The Note 8, on the other hand, is a lot straighter with less curves and more harsh lines.

Both have a curved display, but again the Note 8 has steeper curves. This is done to make the Note 8 work better for note-taking, which brings us on to our next big design difference. Slotted in next to the USB-C charging port is the S-Pen, a Note exclusive stylus that really sets it apart from the competition. 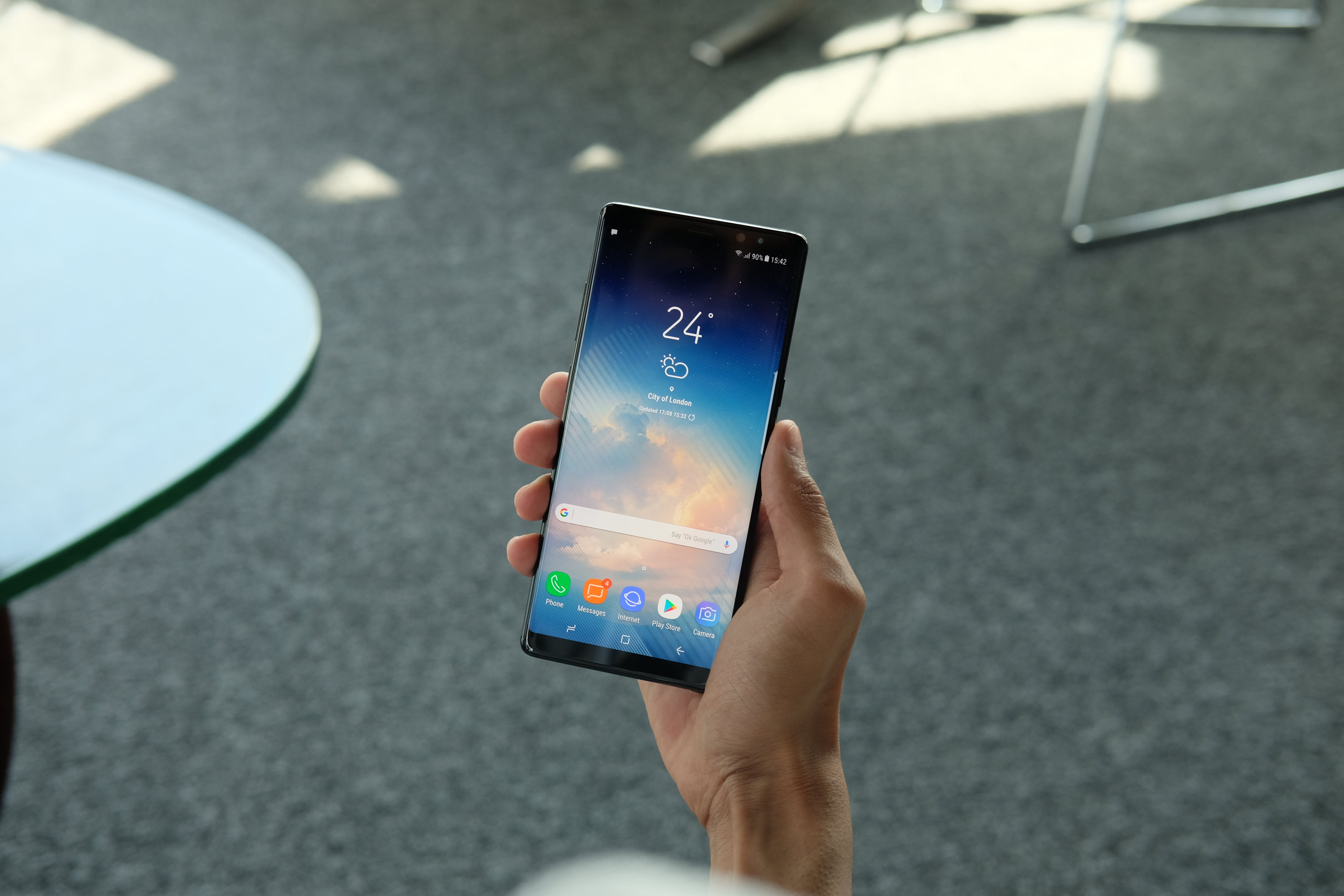 The S-Pen has 4096 levels of pressure sensitivity, making it accurate enough for intricate drawing and writing. It’s also water-resistant to IP68 standards, just like both of these phones, and doesn’t require charging.

The Note 8 is also the bigger of these two sets of phones, though not by that much. The Samsung Galaxy S8 has a 5.8-inch screen, with the S8+ upping that to 6.2-inches. The Note 8 packs a 6.3-inch display, and it doesn’t feel too much bigger than the S8+ when you’re holding them both. In terms of weight, the S8+ comes in at 173g which is notably lighter than the 195g of the Note 8. Both of these are heavier than the smaller S8, which weighs 155g. 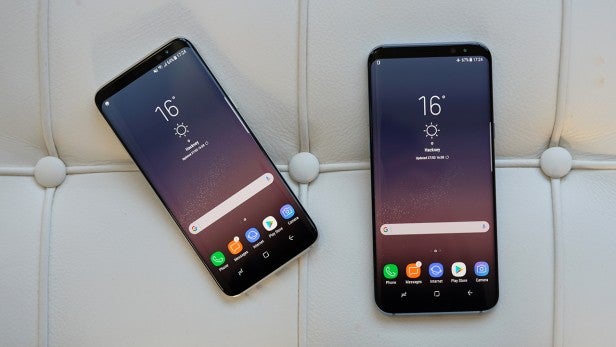 This might surprise you, especially if you’ve been following the Note series for a long time, but the Note 8 isn’t that much more powerful that the Galaxy S8. Both phones come running either an Exynos 8895 (in Europe and Asia) or a Snapdragon 835 (USA) processor, plus 64GB storage and a microSD slot. Samsung has upped the RAM on the Note 8 to 6GB, rather than 4GB, so multitasking should be smoother.

Both the S8 and Note 8 also have the same quad-HD+ (1440 x 2960 pixels) screen resolution, Infinity Displays with fantastic HDR enabled AMOLED panels and upto 1000 nits of brightness. These are the best displays on the market, without doubt.

In terms of the camera, there are now two on the back of the Galaxy Note 8. One is the same 12-megapixel sensor with an f/1.7 aperture as the Galaxy S8 and S8+, but it has been supplemented by a telephoto camera that lets you 2x zoom into the picture without sacrificing quality. Both cameras have optical-image-stabilisation (OIS), but the telephoto camera has a narrower f/2.4 aperture on the lens. 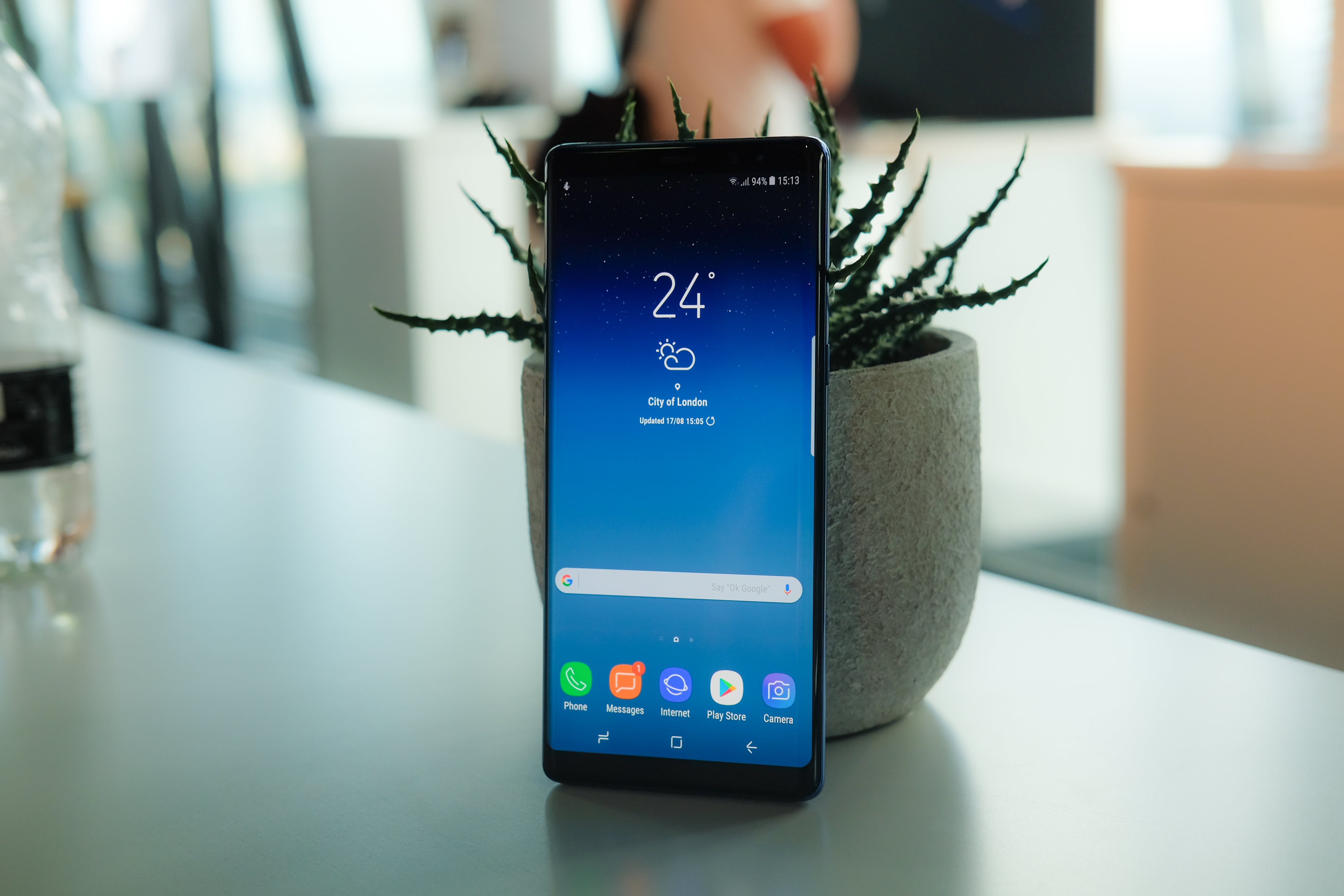 Along with giving you more versatility, the secondary sensor brings in a ‘Live Focus’ mode for a bokeh effect. This will blur the background, while keeping the subject in focus and it looks pretty good.

The battery was the main cause of all the issues with the Note 7, so it’s hardly a surprise to see Samsung go for something a bit more conservative in its successor. The cell inside the Note 8 is 3300mAh, which is bigger than the 3000mAh cell in the Galaxy S8 but smaller than the 3500mAh version in the Galaxy S8+. We’ll have to spend a lot longer with the Note 8 to really see how well the battery performs, though.

Galaxy Note 8 vs Galaxy S8 Price: How much do they cost?

If you’re after a budget choice, look somewhere else. The cheapest of these phones is the smaller Galaxy S8 which starts at £689, with the S8+ pushing that to £779.

Design: Both have lovely designs with curved front and backs. The curved edges on the Note 8’s display are steeper than the S8 and it’s a bit more straight-edged. There’s a minimal bezel around the display.

Specs: These two phones have similar specs: Either a Exynos 8895 or Snapdragon 835, 64GB storage and plenty of RAM. Both are IP68 rated for water-resistance and have fingerprint sensors on the back. The S-Pen stylus is exclusive to the Note, though.