The Samsung Galaxy Note 8 is probably still a few months away, but that hasn’t stopped the rumour mill from turning.

Last year, Samsung confirmed that despite the Galaxy Note 7 recall debacle, there would still be a Galaxy Note 8 launching in 2017. Unfortunately, the company has remained mum on the exact details of the handset, so we’re reliant on rumours for now.

Fortunately, Korean tech blog IT Home has published a report that claims the Galaxy Note 8 will run on a brand new processor built by Qualcomm. The report claims that Qualcomm is going to shortly introduce a Snapdragon 836 chip, which is a marginally boosted version of the existing Snapdragon 835 chip – the one that features in the Galaxy S8 and HTC U11, for reference.

The report notes that this new chip will run at a clock-rate of 2.5GHz, which is only slightly faster than the Snapdragon 835’s 2.45GHz clock speed. The newly enhanced GPU is also tipped to include a GPU running at 740MHz. 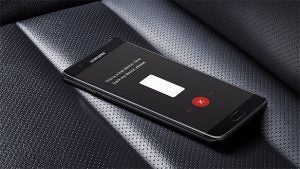 Although we can’t verify the information claimed in this report, it’s important to note that such a move wouldn’t be unprecedented for Qualcomm. For the early part of last year, the company’s Snapdragon 820 chip was the flagship processor of choice for top-tier phone makers. But later in the year, Qualcomm launched the Snapdragon 821, an improved version of the chip that was 10% faster than its predecessor.

There’s no reason why Qualcomm wouldn’t adopt a similar strategy in 2017, although the company hasn’t confirmed any such move – so take this report with a pinch of salt.

Still, if the Galaxy Note 8 is the first phone to use this alleged Snapdragon 836 then it could be a major boon for the handset. At present, it’s hard to imagine how much the Galaxy Note 8 could differentiate itself from the stellar Samsung Galaxy S8, beyond introducing some kind of dual-camera module alongside the usual built-in S-Pen.

It’s especially important for the Galaxy Note 8 to offer extras this year, given that the Galaxy S-series phones have now increased in size significantly. Also, Samsung has plenty of work to do to restore customer faith in the Galaxy Note line, after last year’s Galaxy Note 7 was recalled twice followed battery fire issues, and was eventually killed off permanently.

It’s expected that Samsung will debut the Galaxy Note 8 in August or September based on the company’s previous launch history.

What would you like to see from the Samsung Galaxy Note 8? Let us know in the comments.