The Samsung Galaxy Note 10 is set to be announced on August 7, but it looks like it won’t be the only phone the Korean brand unveils in New York. The Galaxy Note 10 Plus – previously dubbed the Note 10 Pro – looks likely to be joining the Note 10, in a move that mirrors Samsung’s approach with its Galaxy S line.

For the first time, Samsung is gearing up to launch a souped-up version of its flagship phablet alongside the regular version. The Samsung Galaxy Note 10 Plus looks as if it’ll work in a similar way to the S10 Plus, offering a larger screen and improved specs in certain areas while keeping the overall DNA of the Note 10.

As is typical with Samsung launches, there’s been a serious amount of leaks prior to the official unveiling. Here’s everything we think we know about the Note 10 Plus, including reported specs and likely release date.

Samsung is holding an event in New York City on August 7 where all signs point towards the Note 10 getting its official unveiling. Rumours also suggest the event will see the launches of the Samsung Galaxy Watch Active 2 and Samsung Galaxy Tab S6 – so Samsung fans will be in for a busy evening.

The Note series has always been about the display. It was the first phone to truly invent the phablet category, upping the screen size dramatically over its competitors. Of course, in the intervening years, phones have gradually got bigger and bigger – with the Note series no-longer standing out as much as it once did.

That could change with the Note 10 Plus, which is purported to have a 6.8-inch display – comfortably one of the largest we’ve seen on a mass-market phone. It’s not ridiculously big though, with the OnePlus 7 Pro coming in at 6.7-inches.

Judging by a leaked piece of apparent Note 10 Plus (+ as it’s shown there) marketing, the display will remain curved around the edges and boast a super-tiny cutout placed bang in the middle for the front camera. This is a change – for the better, we say – compared to the rather large cutouts on the Galaxy S10 and Galaxy S10 Plus. 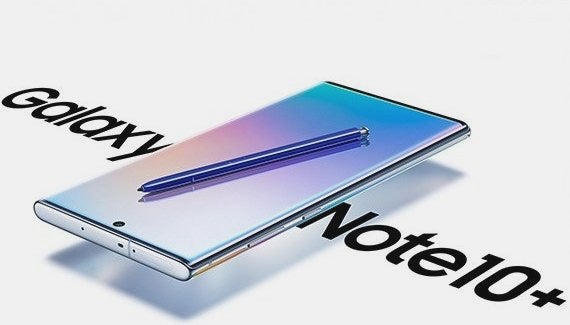 The Note series has always packed the best screen specs going, and we’d highly doubt that changing here. We’d expect the Note 10 Plus we pack all the same screen updates Samsung gave the S10, including a Super AMOLED panel, quad-HD+ resolution and support for HDR10+.

One piece of missing information, that could help the Note 10 Plus really cement its place as the top phone going, is the refresh rate of the display. The OnePlus 7 Pro introduced a 90Hz panel, while the Asus ROG Phone 2 upped that to 120Hz. We’ve also heard some minor rumblings the 2020 iPhone will adopt a 120Hz panel in a similar vein to the current iPad Pro. Whether the Note 10 Plus retains a 60Hz panel or ups it to 90Hz or even 120Hz remains to be seen.

Along with having the best screen specs, the Note series always has the top internals available, too. With the Note 10 Plus, it looks as if European buyers will be getting a device running on the new Exynos chipset called the Exynos 9825 – this is a slight update to the 9820, with a more efficient 7mm architecture.

Buyers in States, where Samsung tends to favour Qualcomm chips, could be in for one of two options. Earlier rumours, including the one linked above, gave us the impression the Snapdragon 855 would be used. However, since then Qualcomm has announced the 855 Plus and a tweet from Evan Blass (@evleaks) reports the phone will now be powered by that instead.

RAM options will likely be available up to 12GB, and the phone could use a faster form of memory. On July 18, Samsung announced that mass production has started on the first 12Gb LPDDR5 DRAM, while SamMobile reports that there’s “a good chance” that the new memory chip will feature on this new phablet.

The device could also sport 5G support, like the Samsung Galaxy S10 5G.

Samsung has stringently stuck with the headphone jack on all its recent flagship, even though the likes of Apple and Huawei have long since ditched it. However, it looks like that’s about to change with the Note 10 Plus.

Images have appeared of the dongle Samsung is allegedly going to be selling with the Note 10 series and it looks very much like every other dongle we’ve seen before. 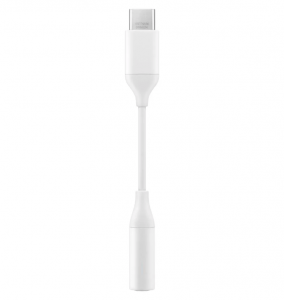 It’s not confirmed yet whether this will be included with the phone or not.

One interesting feature reported to be coming to the Note 10 Plus and regular Note 10 is a number of specific camera modes.

The Samsung Galaxy Note 10 series could revive an audio feature that’s proven to be a bit of a mixed bag in the past. Audio zoom technology – or “Zoom Audio” as Samsung is rumoured to be calling it – promises to focus on recording sound from one source while blocking out other noise.

In terms of actual cameras, it looks likely that we’ll see the triple-camera array from the S10 Plus – rather than the 64-megapixel sensor Samsung is developing – joined by an extra sensor for added depth. It doesn’t seem like the regulate Note 10 will benefit from this.

According to an Evan Blass leak, the Note 10 Plus will pack a larger battery compared to the regular Note. 4300mAh vs 3600mAh, to be exact.

The same leak also points towards Samsung finally matching Huawei with fast-charging speeds. The Note 10 Plus could pack 45w charging and be able to wirelessly charge other devices (using the Wireless Power Share feature) at 15w. That latter point also seems to confirm the phone will continue Samsung’s tradition of using Qi wireless charging.