Samsung has revealed the Galaxy Home speaker – a Bixby-powered answer to the Google Home, Amazon Echo and Apple HomePod devices. Here’s everything you need to know.

Following the launch of the Galaxy Note 9 and Galaxy Watch during Samsung’s Unpacked event in August, the company announced its long-awaited speaker. Offering tight integration with Spotify, the table top speaker will launch “soon” according to Samsung.

At SDC in November, Samsung confirmed the Galaxy Home will have access to the new third-party Bixby experiences, but we still don’t know when it’ll go on sale, or how much it’ll cost.

The device arrives with a premium design. There’s a metal tripod stand and a cloth-covered speaker unit offering a built-in subwoofer for deep, rich base. There’s natural sound processing from Samsung-owned Harman, which the company says will make it seem as if you’re experiencing music at a live concert. This will also enable the speaker to optimise the sound depending on where you are in the room.

Speaking of location, there are also eight far-field microphones designed to handle voice commands from any direction. Users will be able to say “Hi Bixby” and the music will be directed right at them. 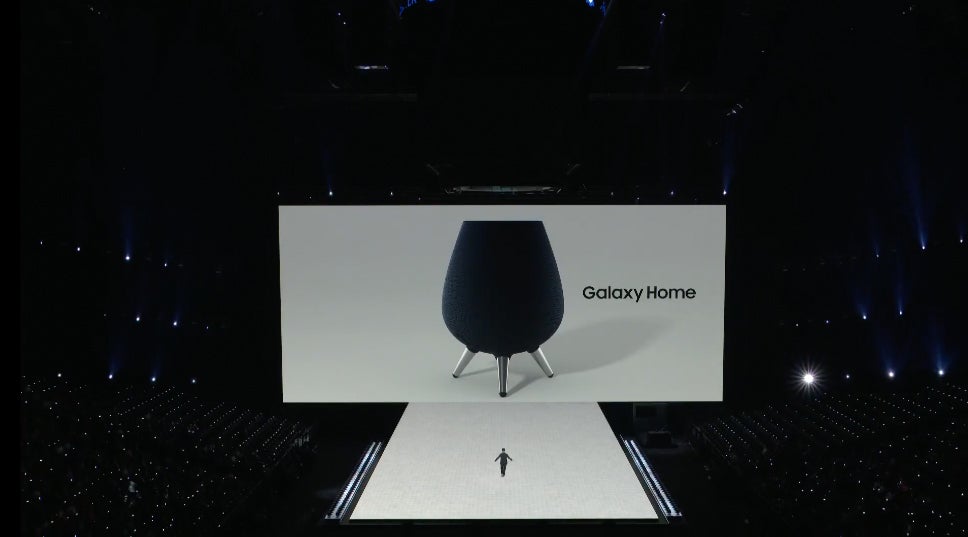 Given the Apple HomePod is reliant on tight integration with Apple Music, it makes sense for Samsung to sign up a high-profile music partner too. Spotify CEO Daniel Ek was present at the Samsung keynote to explain how the streaming giant will be neatly alligned with the Galaxy Home and all Samsung devices moving forward.

For example, you can be streaming Spotify from a Galaxy Note 9 on the way home from work and easily cast that to a Samsung Smart TV when you get in. Then, it’ll be possible just to hit the physical ‘play’ button on the Galaxy Home to continue playback on that device. That interoperability might be the clincher for tech fans with other Samsung devices in their tech arsenal.

Samsung called Spotify its “go-to music partner for its multi-device ecosystem,” and promised this was a long-term commitment from both parties. It’ll be really interesting to see how this plays out when the Galaxy Home goes on sale.. 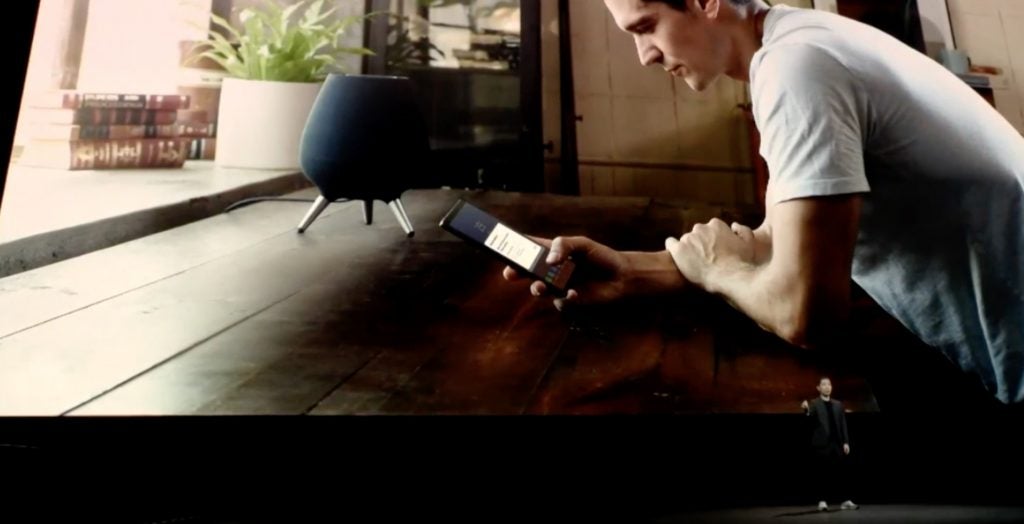 As with the other smart speakers on the market, the Samsung Galaxy Home is tightly integrated with the company’s SmartThings platform. There’s a SmartThings Hub built-in to the speaker, giving users voice controls over an array of compatible smart home devices, via the Bixby assistant.

During its Samsung Developer Conference keynote on November 7, the company confirmed the third-party apps developed for its Bixby personal assistant will also be available to Galaxy Home users. In fact, those devs will be able to create these Bixby Experiences specifically for the Galaxy Home.

Samsung hasn’t announced price or release date, so fans may be in for a HomePod-style wait for the Galaxy Home to hit the market. Judging by the design, it may be prudent to expect a price point closer to the HomePod’s £319, rather than the £99 Amazon Echo.

Samsung had hinted more information may follow at its Developer Conference on November 7, but the firm didn’t offer any more info on the price and release date during the keynote.

On first impressions does the Galaxy Home speaker look like it’ll challenge the Amazon, Google and Apple smart speakers? Has Bixby improved enough to make it happen? Let us know @TrustedReviews on Twitter.