The Samsung Galaxy Gear smartwatch is expected to be announced later today, with Samsung to beat bitter rival Apple market on the wearables scene.

Heading for an unveiling during Samsung’s Mobile Unpacked IFA 2013 press conference, the Samsung Galaxy Gear release date has been mooted for later this year, with leaks earlier this week claiming to show the wristwear in all its 3-inch touchscreen hosting glory. It is believed the Galaxy Gear will make an appearance alongside the Samsung Galaxy Note 3.

Sony has already launched its Smartwatch 2 to rival the Pebble smartwatch, and Samsung will be the next manufacturer to unveil a wristworn device.

Ahead of this evening’s official unveiling, here’s everything we know so far on the Samsung Galaxy Gear smartwatch from its release date and specs to all the latest news and rumours. 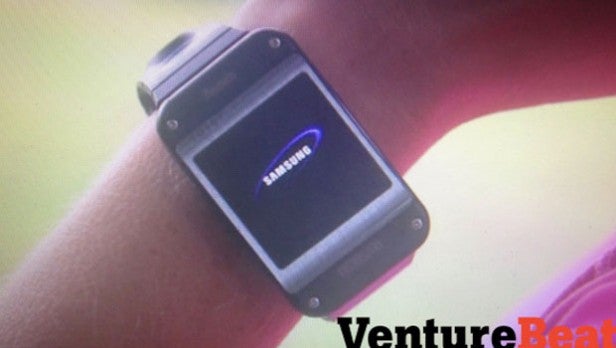 Samsung Galaxy Gear pictures leaked earlier this week, claiming to show off the smartwatch prior to its official unveiling. If the teased promotional images are to be believed, the Galaxy Gear will be a bit of a beefer with the 3-inch square touchscreen display wrapped in a considerable plastic body.

The tipsters have stated: “Although its screen is square, large bezels on the top and bottom give it a chunky, rectangular shape, with rounded corners.”

The Samsung Galaxy Gear pictures have hinted that the device will play host to a camera integrated within the watch’s strap while the Android OS, integrated fitness apps and inbuilt speakers are all also expected to make the cut.

Samsung has confirmed that it will be launching a smartwatch on September 4 at its pre-IFA 2013 Samsung Unpacked event. Samsung’s Vice President of Mobile Business Lee Young-hee told the Korea Times that the Galaxy Gear will be making its official debut next week.

“The Gear won’t have a flexible display. The new device will enhance and
enrich the current smart mobile experience in many ways”, said Lee. “It
will lead a new trend in smart mobile communications. We are confident
that the Gear will add meaningful momentum to the mobile industry.”

Samsung had already confirmed that it was working on a smartwatch device.

Lee announced that the company was busy producing a wearable tech device back in March in an interview with Bloomberg in Seoul:

“We’ve been preparing the watch product for so long. We are working very hard to get ready for it”, she said. “We are preparing products for the future, and the watch is definitely one of them.”

Although Lee did not reveal any specifics about the Samsung smartwatch, she did add that “the issue is who will first commercialise it so consumers can use it meaningfully.”

If the rumours are correct, Apple, Google and Microsoft are due to launch a smartwatch devices some time in 2014. If Samsung manages to launch its wrist-worn smartwatch before that, it stands a chance of getting ahead of the pack.

The Samsung smartwatch will launch on September 4 during the Berlin-based tech expo IFA 2013 at the Samsung Unpacked event.

TrustedReviews is attending the Samsung Unpacked event so we’ll bring you all the official news as it happens. 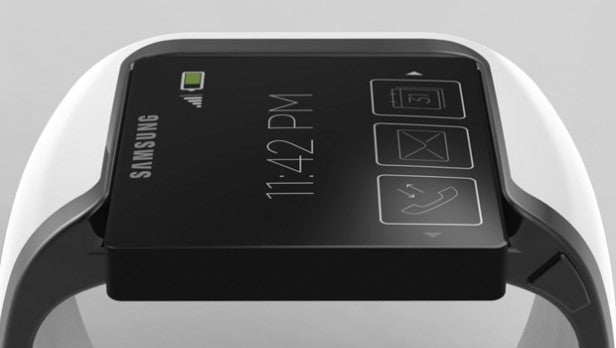 Several rumours have come in regarding the Samsung Galaxy Gear smartwatch specs, all corroborating the same set of hardware features.

It seems that the Galaxy Gear smartwatch will come with a 2.5-inch OLED display with a 320 x 320p resolution, with internal storage options of 8GB or 6GB.

Running on a 1.5GHz dual-core Samsung Exynos 4212 processor with 1GB of RAM, the Galaxy Gear smartwatch will feature in-built speakers in the strap, an accelerometer, Bluetooth 4.0 and a 10 hour battery life.

It will also be based on an unknown version of Android Jelly Bean.

The latest leak from @evleaks showed two screenshots from the Galaxy Gear companion app for the smartwatch. The Gear manager shows how the smartwatch will connect with phones like the Samsung Galaxy S4, and reveals some of the features the device should have.

The menu shows a clock feature, which may allow you to customise the faces, a Find my Watch app, and offers access to the Samsung App Store. 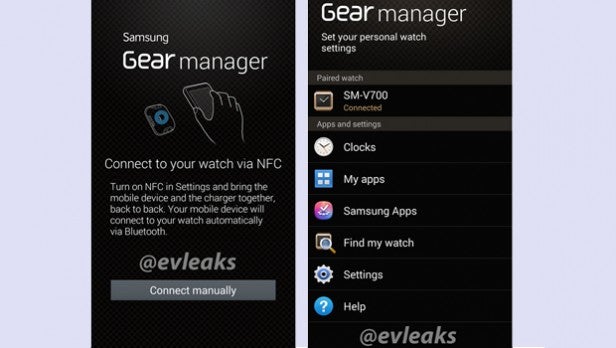 Although there have been no official pictures of the Samsung smartwatch, the patent filings unearthed a series of drawings that could indicate how the smartwatch could look.

The drawings reveal a wearable gadget with a flexible screen that wraps around your wrist. It is constructed from a combination of metal and synthetic materials. 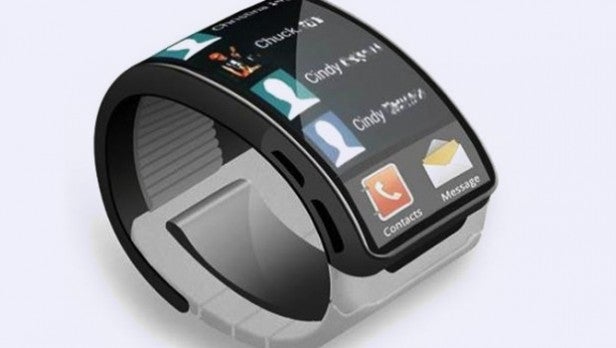 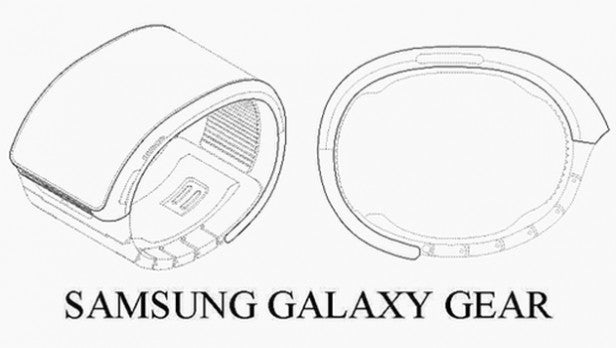 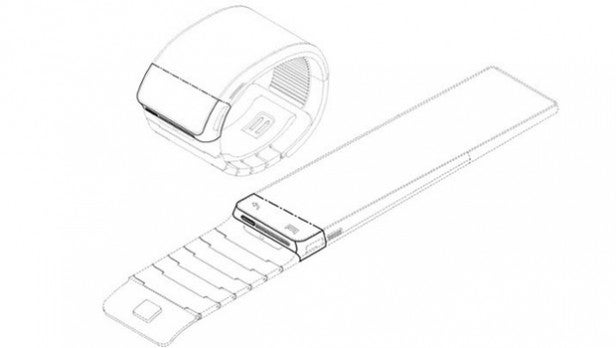 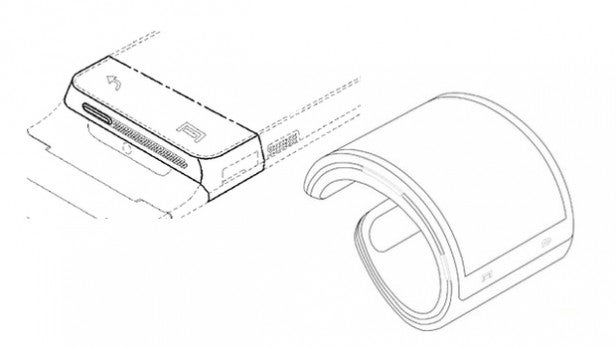 Like the sound of a Samsung smartwatch? What features would you like to see to make it worthwhile? Let us know in the comments section below.

Next, read our review of the Pebble smartwatch or let us know what Apple iWatch features you’d like to see.