Samsung has revealed the Galaxy Buds Pro at its January Unpacked Event, alongside its new Galaxy S21 smartphones.

The Galaxy Buds Pro have a price of £219/€229. That’s a bit more than the Buds Live went for, but not too much, and less than most premium wireless earbuds tend to go for.

The new Galaxy earbuds look more traditional than the Buds Live did. We hope it works given that while the Buds Live fit was comfortable enough, the design didn’t help the earbud’s noise cancelling performance. Hopefully the more traditional look will aid the bud’s noise-isolating design. They’ll arrive in three colours too: phantom violet, white and black.

The Galaxy Buds Pro IP rating has shot up to IPX7, which means it’s fully waterproof. Surviving water and sweat should be no problem for these earbuds.

There will be active noise cancellation on board. Samsung describes it as “Intelligent ANC”, claiming to remove around 99% of noise. It’s adaptable too, with two levels (high and low), and there’s an Ambient Sound Mode so listeners can hear what’s around them without taking the earbuds out. 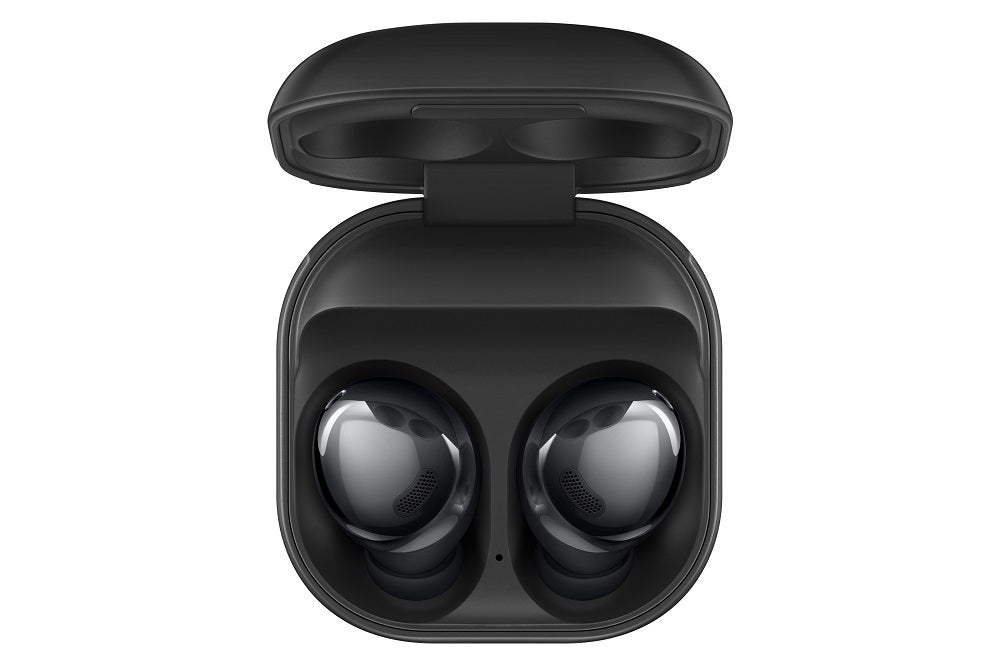 Battery life is five hours, with the total battery life including the case only 18 hours. That’s a little less than what the Buds Live offered. Turn ANC off and you get eight hours of charge from each earbud and 28 in the case. The case also supports Qi wireless charging, and a five minute quick charge offers an hour of playback.

More features arrive in the ‘360 Audio featuring Dolby Head Tracking’ that appears to mimic Apple’s Spatial Audio technology. When watching videos, it puts you at the centre of the sound sphere, giving the impression that sounds are happening all around you for a more immersive experience.

Other Apple-like features include Auto Switch. The example given is if you’re watching a video on the Galaxy S7 Tab and receive a call on the Galaxy S21, Auto Switch pauses the video, lets you answer the phone using Galaxy Buds Pro and once the call is over, the earbuds switch back to your tablet and playback of the video/audio resumes. Neat, but that functionality looks to be reserved for the compatible Galaxy products. 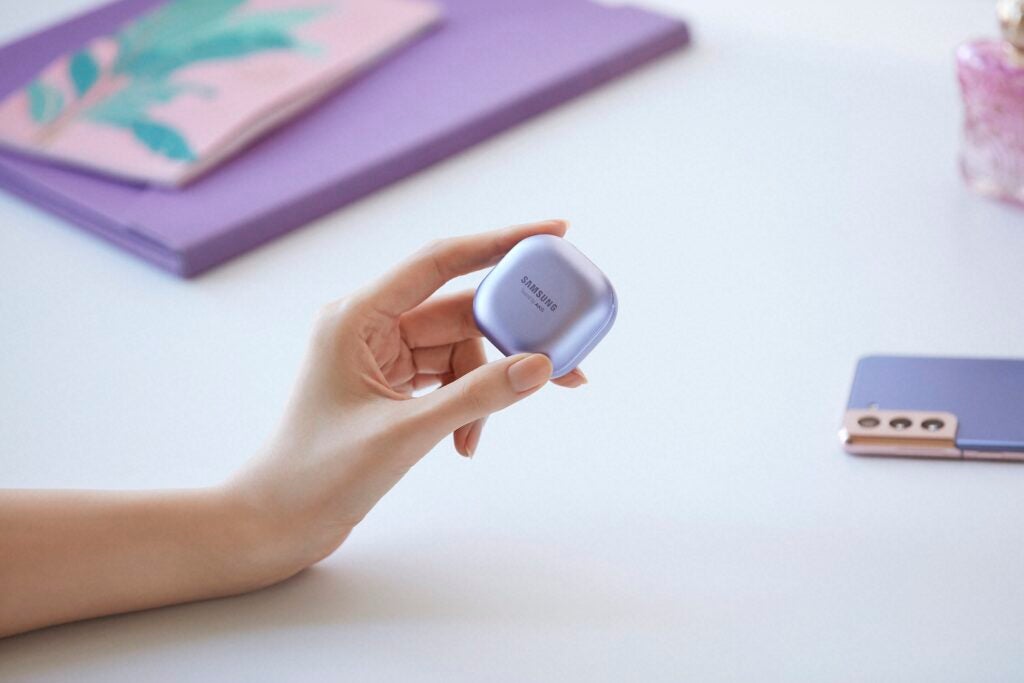 There’s also a ‘Find your headphones’ feature in SmartThings Find in the app, along with an equaliser for changing the headphones sound profile (Normal, Bass Boost, Soft, Dynamic, Clear and Treble Boost). Wireless connectivity is 5.0, and codec support only stretches to SBC and AAC.

With the Voice Pick Unit feature, the earbuds can detect your voice, turn on Ambient Sound Mode and reduce the volume of any media you’re listening to to make it easier to hear the other person. If you feel like you’ve missed a favourite bit of your music, there’s skip back function so you can listen to it again. You can set a time for when the conversation is over and playback resumes (5, 10 or 15 seconds), which sounds a lot like the Speak-to-Chat feature on Sony’s WH-1000XM4 headphones.

When will they go on sale? January 29th, but you can pre-order them from today (January 14th).