Samsung has revealed the reason why its Galaxy Note 7 handsets burst into flames, and, well, the official cause is unsurprising.

Holding a dedicated press conference to detail the reasons behind one of the biggest product recalls in recent times, the Korean manufacturer pinned the blame on the phone’s batteries.

Having tested more than 20,000 Note 7 devices and 300,000 batteries, the company found that two separate battery issues were behind the faults.

It added that neither the Note 7’s hardware or software were to blame for the issues that caused phones to spontaneously combust. 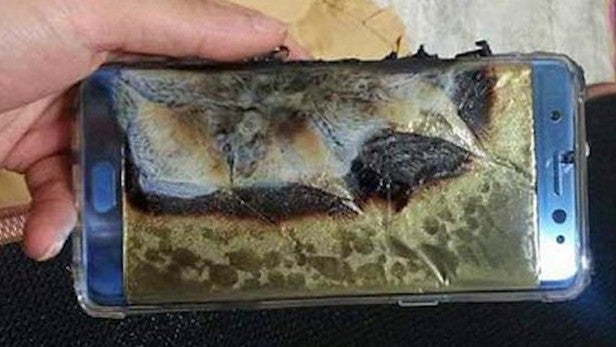 “Samsung’s investigation, as well as the investigations completed by three independent industry organisations, concluded that the batteries were the cause of the Galaxy Note7 incidents.”

The Galaxy Note 7 was officially released last September. Soon after launch, reports started to surface of handsets catching fire. After an initial recall, Samsung issued replacement devices but these too were found to be combustable.

Having issued a second global recall, it is believed the farce has cost the Galaxy S7 maker more than $5.3 billion (£4.3bn)

Samsung has said that different issued affected the batteries found in the first and second wave of Note 7 devices.

While original models were hampered by casings that were too small, causing it to short-circuit and catch fire.

The second batch of devices had batteries with insufficient room to safely accommodate its electrodes.

Related: Samsung Galaxy S8: All you need to know 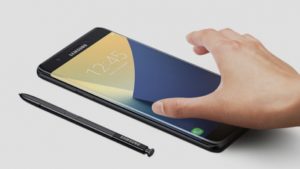 Despite receiving the batteries from two separate suppliers, Samsung said it was not considering legal action as it had challenged the manufacturing partners to meet strict design criteria.

“We sincerely apologise for the discomfort and concern we have caused to our customers,” said Koh Dong-jin, head of Samsung Mobile.

Looking to abate concerns that similar issues could befall the upcoming Galaxy S8 – a handset Samsung has now confirmed will not launch at MWC 2017 – the firm assured users issues had been fixed.

“We are taking responsibility for our failure to ultimately identify and verify the issues arising out of battery design and manufacturing.

“We have taken several corrective actions to ensure this never happens again.”

In response to the problems, Samsung has pledged to reform its production and quality controls to prevent a repeat of the incident.

“We look forward to moving ahead with a renewed commitment to safety. The lessons of the past several months are now deeply reflected in our processes and in our culture,” the company said.

Has the Note 7 fiasco put you off buying a Samsung phone? Let us know in the comments.