If there’s one problem with security cameras it’s that they’re locked in position and can only view a limited part of your home or garden. No more with the Ring Always Home Cam, which is part security camera and part drone.

Rather than being fixed in position, the camera can fly up from its dock to predetermined areas of your home, giving you multiple viewpoints with a single camera. When first installed, you use the drone to create a map of your home, then you can set it to fly to specific locations, but only inside your home.

Related: Everything Amazon announced at its Hardware event

You can trigger the drone manually, but it can also be linked to a Ring Alarm, flying to different locations to give you a better picture of what’s going on.

For privacy, the dock covers up the 1080p camera when charging, and the Always Home Cam only records when it’s in motion. Amazon says that the system is loud enough to be heard, too. For safety, the drone has covered propellers, so it can’t harm a pet or person, and it will automatically avoid obstacles to prevent crashing.

Alongside the Always Home Cam, Ring announced new products to protect your car, which again are US only. Ring Car Alarm ($59.99) plugs into your car’s OBD port and monitors for impacts, break-ins, tows and more. If it spots anything suspicious, you’re sent an alert, and you can trigger other smart devices through Alexa, say turning on lights at home. 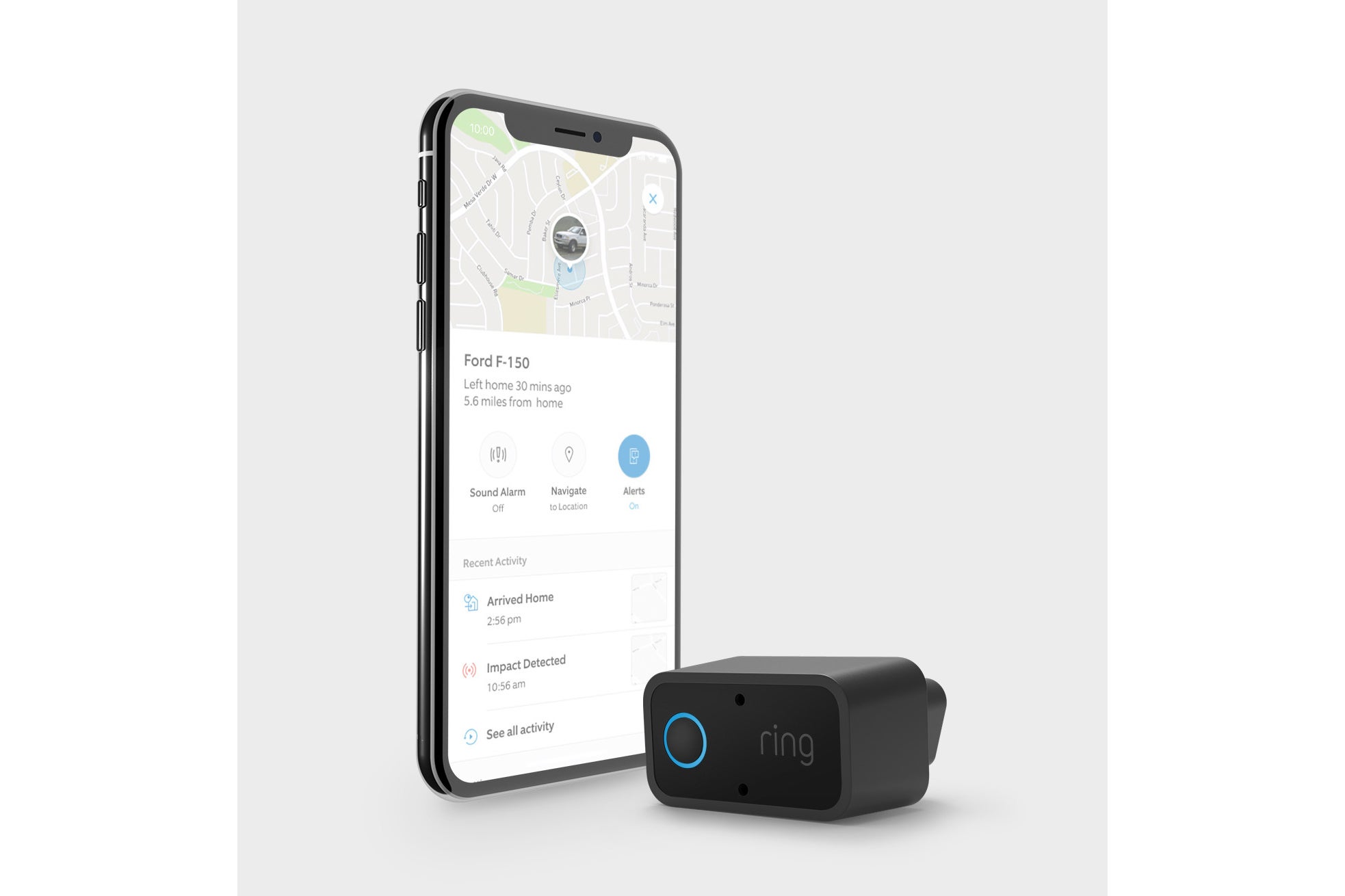 The Ring Car Cam ($199.99) has similar sensors to the Car Alarm, but will start recording via its dual front-facing HD cameras. The camera can connect over Wi-Fi, but you can opt for an optional LTE plan if you want to use the camera wherever you’re parked. If you say, “Alexa, I’m being pulled over”, the camera will respond by automatically recording what’s going on.

There’s no word on UK release dates for any of these products, but we’ll bring you more information as we have it.