We’ve known for years that robots are the future of everything, TV has told us so.

While you’d be happy for one to wash your dishes or iron your clothes, however, you might not have thought that they’d end up as your go-to bedmate of choice.

According to researchers, though, not only are sex robots on their way, they could be so good at the extra curricular activity that it puts human life in danger.

How? Well, Swiss researcher Oliver Bendel has warned an audience at the Second International Congress on Love and Sex with Robots (sadly that is a thing), that it’s because they’ll never tire. 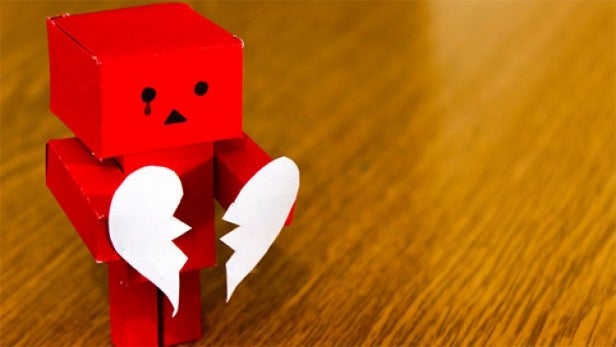 If the thought of getting down and dirty with a machine isn’t enough to put your off the state of the human race’s future, how’s being humped to death by a sex robot sound? Not too appealing, no?

“If the machine over-exerts the human, it reduces the possibility of human sex,” he said.

That’s not all we’ve got to worry about from robot lovers either.

As well as being inexhaustible lovers, Bendel suggests that robots could be so good at getting your rocks off, that traditional human lovers will pale in comparison.

That could mean fewer people actually procreating and humans going to way of the dinosaurs – sort of.

Don’t worry though, all of this scarier than the Terminator tech is still a long way off yet. Until then you’ll just have to make do with the latest tech-enhancement to your love life, VR.

Would you get intimate with a robot? Let us know in the comments.