It’s been a quiet year for new drone launches and one report suggests that this could be down to overblown scaremongering about the flying cameras – in fact, it says there’s “no proof that a drone has ever flown close to an aircraft in UK skies” and that proposed legislation could “decimate” the hobbyist drone space.

The website Airprox Reality Check, set up by the Chief Executive of FPV UK as a “response to the misrecording of drone airproxes in the UK”, submitted a Freedom of Information Act request to the UK Airprox Board (UKAB), which records ‘near misses’ from pilots.

And the response was apparently that “in all cases UKAB has no confirmation that a drone has flown close to an aircraft, other than the report made by the pilot(s)”.

In the last six months there have been highly publicised incidents at Gatwick and Heathrow, sparked by apparent ‘drone’ sightings, which led to airport closures and flight cancellations. 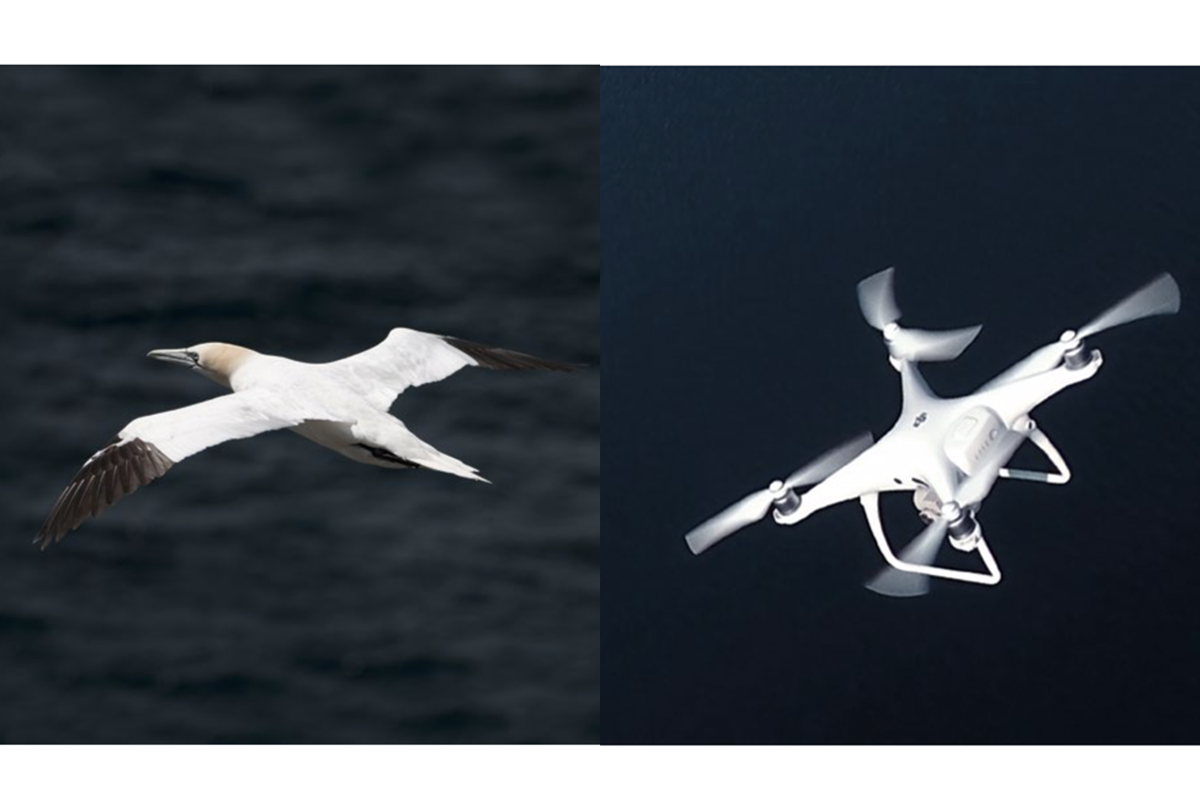 A northern gannet and a DJI Phantom 4 both pictured over water (Image credit: DJI)

But Simon Dale of Airprox Reality Check says these and other ‘near miss’ drone incidents are based on unreliable eyewitness accounts from the public and pilots rather than hard evidence. The eyewitness reports are, he says, influenced by a “confirmation bias” whipped up by the recent media furore, which sees them unfairly classified as ‘drones’ rather than ‘unidentified objects’.

He says: “​We have the crazy situation where completely unproven, unscrutinised, ‘UFO’ reports (which often describe drones being spotted at altitudes and locations that are impossible) have been used by the Government to drive regulation, as if they were solid, proven, facts.’

“They are, in fact, totally uncorroborated eyewitness accounts, and are generally based on the simple errors of perception to which humans are prone,” he continued.

While the Gatwick Airport drone incident in December 2018 was based on a number of separate sightings, Detective Chief Superintendent Jason Tingley, who investigated the incident, admitted to the BBC that it was possible that there was never a drone involved. “Of course, that’s a possibility,” he said. “We are working with human beings saying they have seen something.”

And Airprox Reality Check, which analyses all official ‘near miss’ reports, says this extends to pilot sightings too – with the UK Airprox Board revealing, in response to the Freedom of Information Act request, that “there is no confirmation that a drone has ever even been involved in any of the 350+ drone airprox reports that they have published to date”.

Is it a bird? Is it a drone? Is it a cognitive distortion?

Trusted Reviews put this to the Civil Aviation Authority (CAA), the UK’s drone regulator, and it told us that it’s important to put the reports in context. “Drones are not generally visible on radar, so there is no recorded evidence of an incident,” a CAA spokesperson told us. “UKAB therefore only ever have eyewitness reported accounts from pilots with which to draft a report”, they added.

But Airprox Reality Check thinks this only strengthens the argument that drones are being unfairly classified and singled out in reports. Simon Dale, who analysed 217 reports, says that “by their own definition, the UK Airprox Board are mis-classifying 80% of reports as ‘drone’ instead of ‘Unknown Object.” 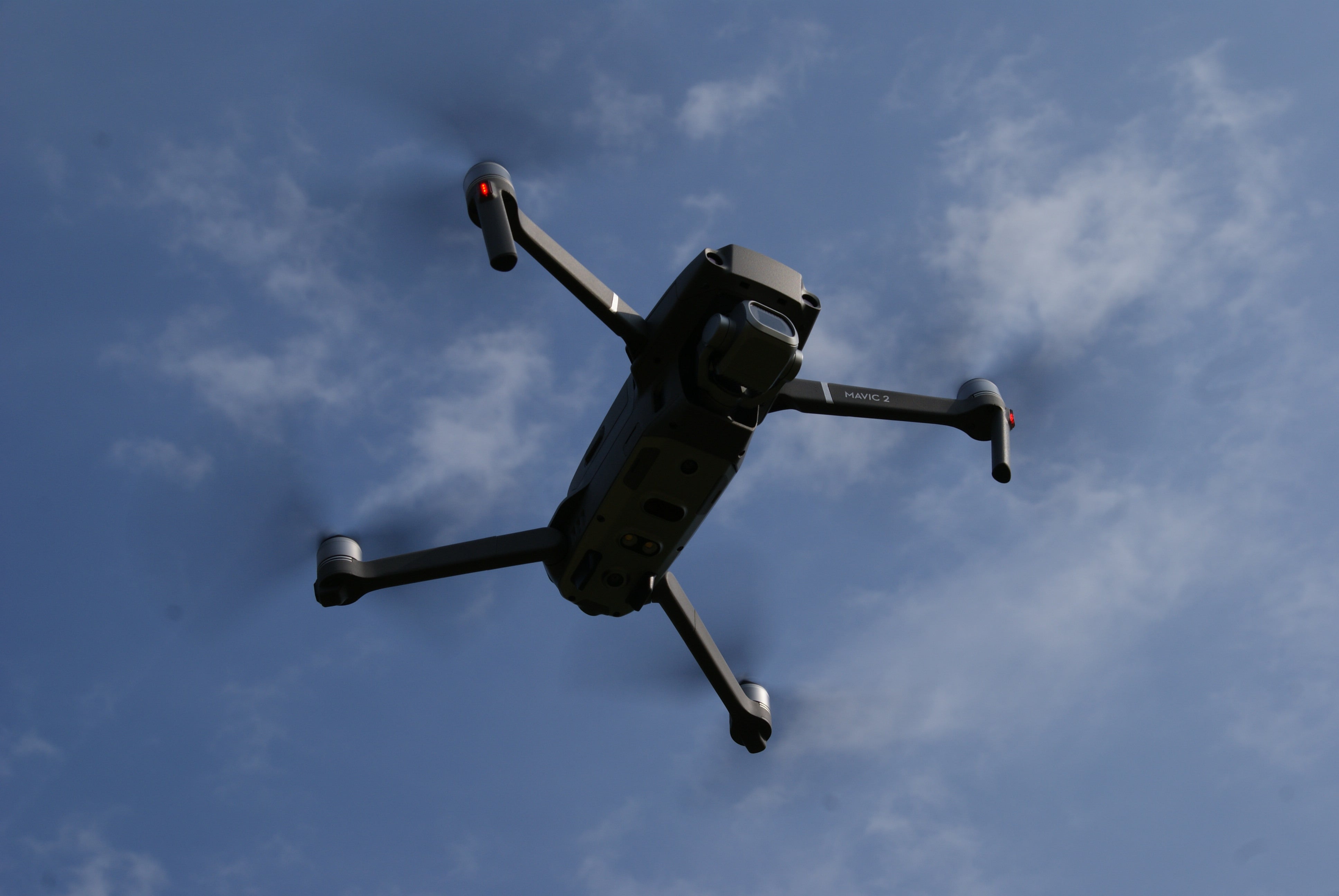 When Trusted Reviews asked Mr. Dale why he thought this was the case, he said “whereas reporting a ‘UFO’ would previously have carried a stigma, drone reporting is all the rage,” he said. “The pilot’s association and airlines actively encourage it,” he added.

He also pointed to a number of studies on the unreliability of eyewitness reports. These including one from the UK’s Head of the Accident Investigation Branch which stated that eyewitnesses to aviation accidents are “almost always wrong”, and a number of other previous airprox incidents, including one in 2016 where a British Airways crew thought their plane had been hit by a drone, which later turned out to be a plastic bag.

Whatever the truth about these incidents, there’s no doubt they’re having an impact on drones. So what are the knock-on effects? According to a recent survey from PwC in April 2019, one is that drones aren’t doing too well in the public opinion polls. Its ‘Building trust in drones’ study found that less than a third (31%) of Brits feel positively about the flying cameras, with over two thirds (68%) worried about improper use or criminal activity.

This all comes despite DJI’s recent ten-point ‘elevating safety’ plan, which includes adding ADS-B sensors to its drones from 2020 that can detect aeroplanes and helicopters from miles away, plus its backing for compulsory geo-fencing on all drones, which automatically prevents them from flying near airports.

But if you already own – or are eyeing up – a drone like the DJI Mavic 2 Pro, the bigger impact is likely to be the UK government’s proposed new registration scheme, which comes into force in October 2019. This includes compulsory registration and a proposed fee that has jumped up to £16.50, plus competency testing that will apparently take 45 minutes to complete. 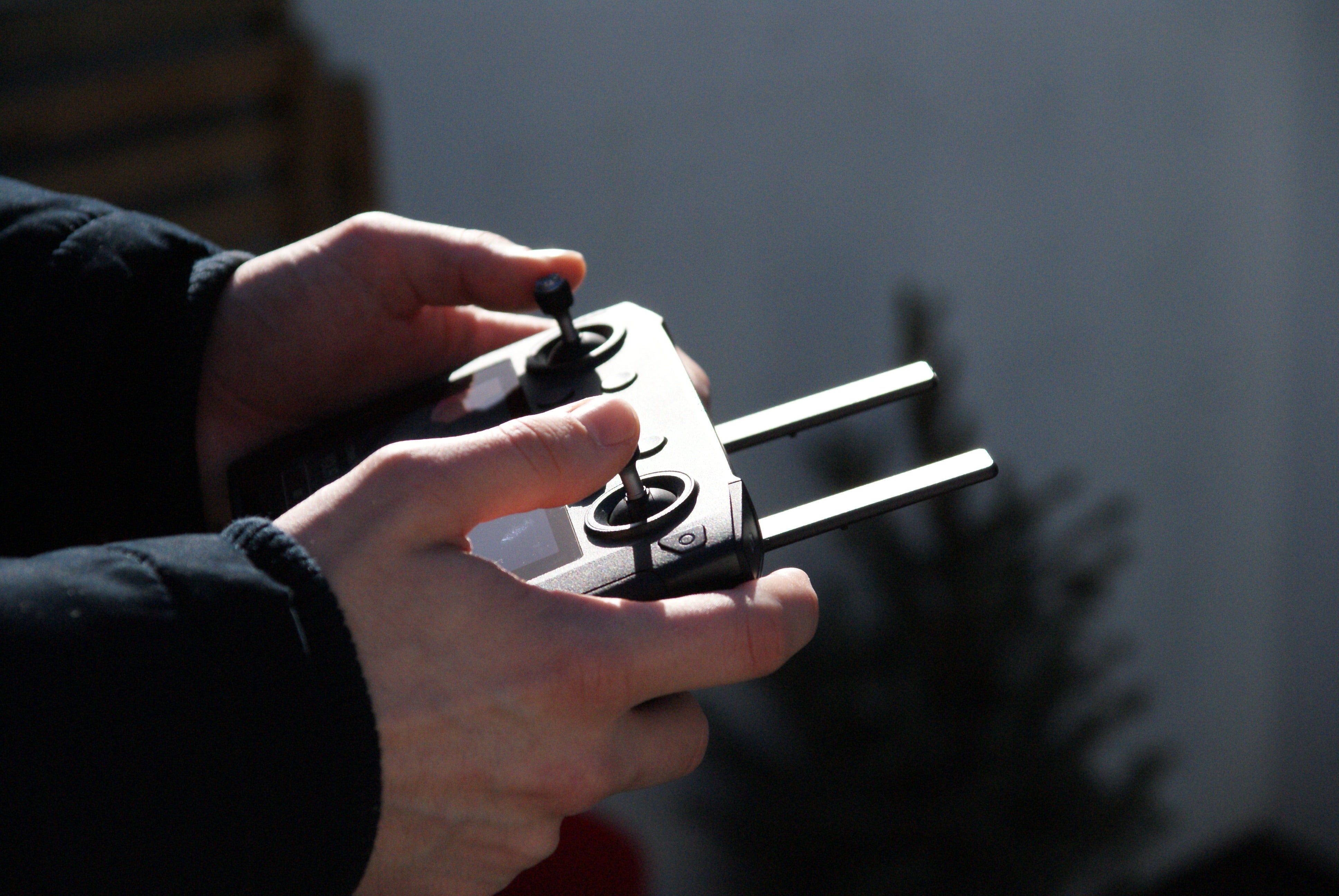 While this might not sound completely prohibitive for hardcore gadget fans, Airprox Reality Check and the UK’s Model Flying Associations are strongly opposed to the new proposals and have contacted the CAA in their thousands to let them know.

When Trusted Reviews asked Simon Dale about the government proposals, he said: “In France, where registration is free and lasts three years, they have already seen a 10% drop off in participants. At £16.50 we expect the industry to be decimated – the hardcore will probably continue, but occasional flyers (who make up the majority) will drop off.”

If true, that would be a big shame for casual flyers of everything from drones to model aircraft, though the CAA says the fee has been decided based on “numbers registered in similar schemes in the USA and Ireland, matched against the UK population and available research on drone use.”

Fancy having your say on the new drone registration scheme? You can read our guide to it in our ‘UK Drone Laws 2019: Everything you need to know’ article, but to send your views to the official government consultation you can fill in their form.

Hurry though – it closes this Friday 7 June, though, so you’ll need to be quicker than a DJI Mavic 2 Pro in Sport mode.