The mask, which Razer declared “the world’s smartest mask” at CES 2021, features N95 medical-grade protection, along with Smart Pods to regulate airflow and reduce heat build up.

Chroma RGB lighting ensures the mask stands out, while the transparent design and VoiceAmp Technology amplifies your voice to prevent your words from being muffled. The mask even comes with a wireless fast charging box with a UV-light interior so you can disinfect your smart mask without chucking it in the washing machine. 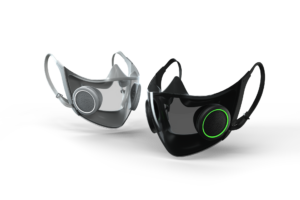 When Razer unveiled the concept at CES in January it seemed the company was coming in a little too late in the pandemic to make the mask a feasible reality. However, Razer CEO Min-Liang Tan recently told Yahoo Finance that the masks will be going into production.

“We’ve realised that even with vaccinations we are hearing you still have to be masked up because there is still the risk factor that even if you’re vaccinated you still need to be incredibly careful”, said Tan (via Yahoo). “Secondly, there are also many countries that are unlikely that are going to get the whole [scale] of vaccinations in the next year or even two so travelling everyone should be very careful”.

Now we know that anything is possible, here are six more unusual concepts we want to see revisited and turned into a reality… 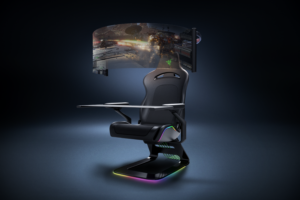 If Razer is making its smart mask a reality, then why not develop another of our favourite CES 2021 concepts.

Project Brooklyn is exactly what it looks like – a gaming chair with a 60-inch OLED display attached. The display is mounted to the back of the chair, allowing it to roll out around your head for a proper surround experience.

The chair also vibrates to simulate in-game experiences and, because its Razer, is lined with Chroma RGB lights. There’s even a built-in snack table and cable management system. 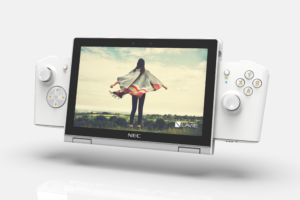 The Lenovo Lavie Mini is another concept we saw unveiled at CES this year. The prototype was created in collaboration with NEC Corporation and is basically a really tiny PC with a couple extra tricks up its sleeve.

The most exciting features come in the form of an optional controller and dock. The accessories slide onto the display transforming it into a Nintendo Switch-style handheld or docked gaming device for PC gamers. 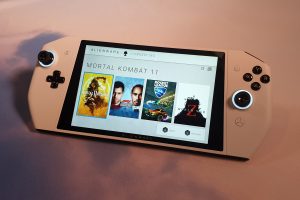 Trusted Reviews’ Computing Editor Ryan Jones got the chance to try it out at CES 2020 and called it a “very exciting prototype”.

Like the Nintendo Switch, the Concept UFO can be played handheld, with the kickstand or attached to a TV. The device runs Windows 10 so you can access all your game libraries from Steam, Epic Games Store and more, and can be used as a regular PC if you choose to attach an external keyboard. 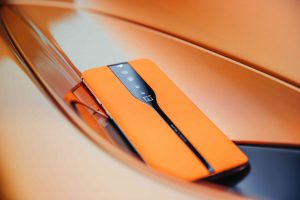 Phone maker OnePlus unveiled an unusual concept of its own last January.

The OnePlus Concept One is a prototype with “disappearing” cameras. The phone features colour-shifting glass tech that allows it to change transparency, causing the cameras to seemingly vanish before your eyes.

The benefit to this – other than making the back of the smartphone look incredibly clean – is that it adds a polarising ND filter to improve photos in bright environments.

The phone is also pretty flashy looking with its orange leather back designed in collaboration with McLaren. 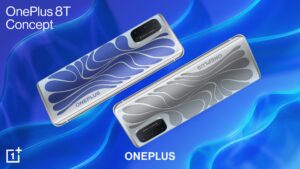 Not short of outlandish ideas, OnePlus went on to announce the OnePlus 8T Concept in December of last year.

The smartphone prototype is a follow-up to the OnePlus 8T and features a chameleon-esque colour-changing back. According to OnePlus, the tech could create breathing monitors to help users regulate their breathing by following the colour shifts.

The colours could also be used to display notifications for things like incoming calls, allowing users to accept or reject the call with a simple gesture.

Unfortunately, OnePlus has already confirmed that the concept device will not be released to the public, but we hope to see the tech used in phones in the future. 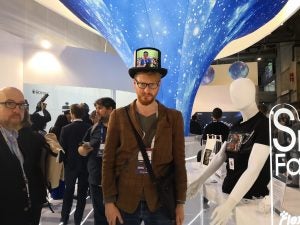 Finally, we have the most eye-catching wearable from MWC 2019: the Royole Flexible Top Hat.

The FlexPai maker unveiled the flexible display-donning top hat at the tradeshow along with a matching shirt. The wearable features 8-inch, near-2K displays that allow you to stream photos and videos on the go via the RoStyle app and the applications are seemingly endless (that is, if you don’t mind getting a few weird looks on the street).

The top hat and shirt can actually be found on Royole’s website but, as there’s no button to actually buy the wearables, we’re going to add this to the list of things we’d like to see readily available.