Although it eschewed the opportunity for a press conference, Razer did turn out some announcements at this year’s IFA 2015 technology tradeshow.

The gaming hardware and software company, founded way back in 1998, had several new reveals lined up, including updates to old gaming mice, a new mobile headset, and a pre-order date for its fledgling OSVR virtual reality platform.

So the first bit of Razer news out of IFA is that OSVR will be available for the public to pre-order starting on October 1.

OSVR is a software platform that Razer hopes will set an open standard for virtual reality devices and games.

Early adopters will be able to pick up the Hacker Development Kit (HDK) v1.3, which includes a virtual reality headset that has a number of improvements over the older model. 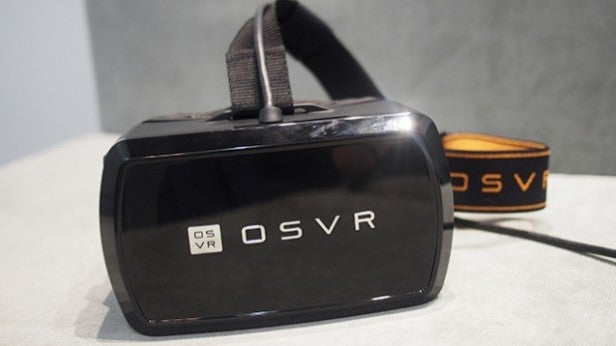 For a start, it’s got an improved optics module compared to the v1.2 release.

Advancements to the eyebox mean that users will now see sharper images without having to use IPD – independent adjustable lenses.

What’s more, there’s now individual eye focus so glasses-wearers can see clearly without having to don their specs.

The display module has been upgraded to a Full HD 5.5-inch 120Hz silver screen OLED display.

That means that compared to v1.2, you’ll get clearer and brighter images.

But that’s just the hardware. On the software side of things, you’ll now get low-latency rendering thanks to the OSVR Render Manager. That supports Gameworks VR, Nvidia’s virtual reality headsets.

As previously mentioned, this is available to pre-order next month, but you’ll have to shell out $299.99 for the luxury.

But virtual reality is a new venture for Razer, so let’s move onto something a little more on-brand – gaming mice.

Razer has decided to pump some life back into one of its forerunner peripherals, the Diamondback.

It originally launched back in 2004, and was the world’s first gaming mouse to use an optical sensor. As such, it was a hit in the then-nascent eSports community.

The new Razer Diamondback is similar in terms of design, and maintains the long, thin, ambidextrous build that lefties and righties have enjoyed for over a decade. 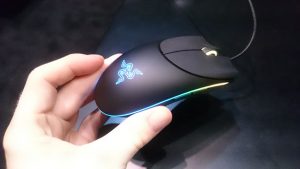 The headline feature of the update is a staggeringly high 16,000 DPI sensor – that’s at the top-end of the market in terms of sensitivity.

It might sound like a ludicrous sensitivity for most of us, but a Razer spokesperson tells TrustedReviews that the high DPI is intended to suit gamers with super high-resolution displays and multi-monitor setups.

The Diamondback is fully compatible with Razer’s Synapse software, and it’s also packing Chroma lighting, so you can set the mouse to glow in any one of 16.8 million hues.

“Razer has always developed hardware for the world’s most ambitious gamers, and the to ensure dominance at the highest levels of the competition,” explains Min-Liang Tan, Razer’s co-founder and CEO.

He continues: “We have taken the incomparable Diamondback design and updated it with the best technology available today to create a mouse that will delight new and longtime Razer fans alike with a competitive edge that will do justice to the legacy of the Diamondback name.”

The next announcement was another revamp to an existing Razer product – the Orochi mouse.

The Razer Orochi, for the unaware, is the company’s offering to mobile gamers who play using notebooks – hence the small form factor. 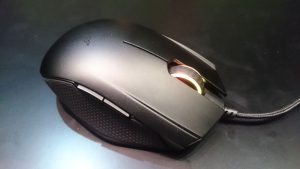 The new Razer Orochi has an 8,200 DPI laser sensor, which Razer claims is the highest DPI sensor ever embedded in a mobile gaming mouse.

Thanks to Bluetooth Low Energy technology, – a claimed 60 hours of continuous gaming.

According to Razer, that’s around 7 months of normal use, but hardcore gamers will likely eat through 60 hours in no time.

It’s got a polling rate of 125Hz when used wirelessly, but that increases to 1,000Hz when you plug it in.

The response time when wired is 1ms, but that drops to 8ms when used wirelessly.

“With the recent advances in sensor and Bluetooth technology, it was time for us to bring the Orochi up to date, which involved a complete redesign of the entire mouse from ground up,” explains Tan. “We’ve retained the portable form factor and added rubberized side grips, but on the inside is where the big changes have happened – this is a whole new feature packed mobile gaming mouse.”

The final Razer reveal for IFA 2015 was a new addition to the company’s Kraken audio wares – the Razer Kraken Mobile.

It’s a mobile version of the Kraken headset, and is designed to work with both iOS and Android. Presumably for people who really care about min-maxing their Angry Birds performance, perhaps? 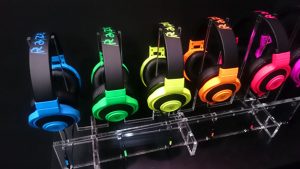 Right, here’s where we mention a big caveat. The device comes with an iOS cable only.

If you want to connect it to an Android device, you’ll have to shell out extra for Razer’s Android cable.

Moving on. The Kraken Mobile has sizable 40mm drivers, ships in a range of six garish colours, and has a microphone built into the cable for hands-free calling, as well as controls for music and volume.

The headset is available worldwide this month, and costs 109.99 euros.

What did make of Razer’s IFA 2015 announcements? Let us know in the comments.

If gaming’s your thing, check out our ‘PS4 vs Xbox One: Battle of the Consoles’ video below: