Ubisoft to set to reveal new content for Rainbow Six Siege in an upcoming livestream this week.

The event will take place during the “22APR Pro League live stream” on Friday, April 22, which can be viewed on the Rainbow Six Twitch Channel.

Season 2 was originally planned to release in April, according to a content roadmap released by Ubisoft. 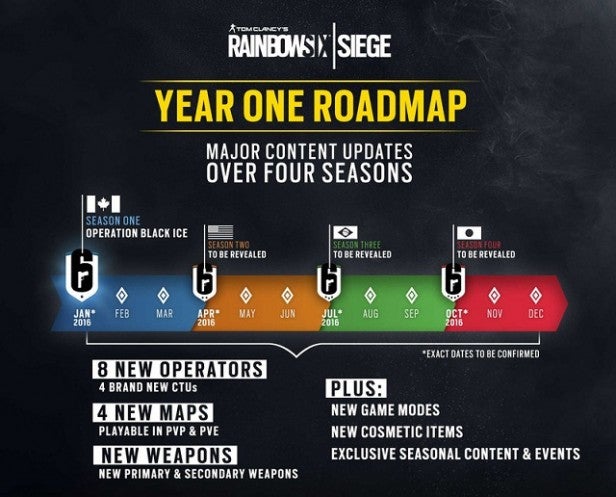 Each season is set to include two new characters, one new map and a number of new weapons and equipment.

All of this content can be unlocked with the £19.99 Season Pass or with in-game currency earned by completing matches.

Season 2 will be themed around the United States, with 3 and 4 to focus on Brazil and Japan respectively. If everything goes to plan, players should have access to all DLC by the end of 2016.