Trusted Reviews has everything you might need on Year 4 Season 2’s Rainbow Six Siege content, so read on to get what’s what. 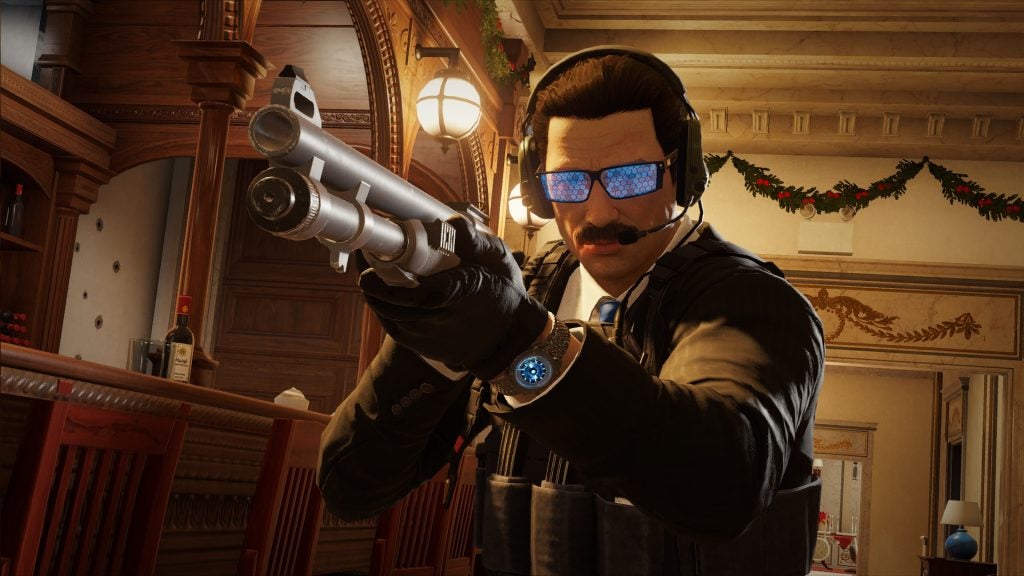 A bit of guesswork here, but based on previous releases I feel fairly confident saying that the patch will hit the PC TTS (technical test server) on Tuesday, May 21, before emerging across all platforms as a unified release three weeks later, on Tuesday June 11, give or take a day.

The new operators hail from different places, with one hailing from the U.S Secret Service, while the other comes from the Danish Jaeger Corps.

One noticeable thing is that there are no new weapons in this content drop. We talked to the team about this and we’ll have more shortly, but in short, with nearly 80 weapons the team say they’re hitting the realistic limit of weapons they can include.

Collinn “Warden” McKinley is a secret service agent with a pair of magic glasses and a mysterious inability to spell his own first name.

Rocking a kevlar suit and a pair of fancy glasses, Warden feels like much more of a character than we’ve seen previously with uniformed special forces units. Does it make sense to have a secret service agent in a clandestine military unit? Who cares, because Warden’s ability will be invaluable at high level play: activating his glasses can cleanse flashbang effects, and if you activate it just before a flashbang goes off, he’ll be immune to all negative effects.

This counters several operators that rely on flashbang effects while breaching, including Ying, Blitz and just about everyone else that can sling a flashbang into the room before a fight.

He’s also a good counter for attackers tossing smoke into a room before entry, as he can see through smoke, as long as he’s standing still.

Warden’s weapons are solid with the M59 0A1 pump shotgun and the MPX submachine gun, in addition to the SMG-12 machine pistol (and the P-10C pistol if you don’t want to hose bullets everywhere.) Warden is three armour and one speed, and with the firepower at his disposal and the lack of any impacts or explosives commonly used by roamers to get about, he’s an anchor, designed to slot into a spot and lock it down.

We only played Kafe during the playtest, but I’d like to see him on maps like Oregon where smoke and flashbangs to cover a plant on the laundry room could be tough, while the front entrance to the Consulate map is another that’s long been at the mercy of Glaz and some smoke grenades. With Warden, the fightback against smoke-cover bomb plants starts now.

Danish operator Nokk looks like something out of The Ring, and she’s the first attacking operator in the game to focus on an anti-intel playstyle. She feels similar in play to lone wolf defenders like Vigil or Caveira as she tries to find and exploit flanks to punish defenders.

If i’m honest, the idea of a lone wolf attacker leaves me a little cold. Players going off by themselves to try and win the round alone is a problem that Rainbow Six Siege has struggled with for a while, as someone takes Ash or Twitch and charges off to try and earn glory with the barrel of a gun.

However, these players are likely to pass Nokk over, as she is packing two defender weapons as primaries, the FMG-9 submachine gun and SIX12 SD shotgun, leaving her poorly suited to long range combat.

On the flipside, Nokk’s presence reductor gadget makes her invisible to all cameras and surveillance equipment in the game, causing her to flicker into existence in a few rare circumstances. It also lets her make less noise while moving about.  The gadget works on a recharge meter similar to Caveira’s silent running ability, and can be toggled as long as you have some charge in the tank. This is her saving grace, because it means you can get close enough to use the short-range weapons without being spotted, if you’re good enough.

For long range, Nokk does have access to the D50, previously seen in the hands of Navy Seal operators Valkyrie and Blackbeard. Nokk’s addition to the game coincides with the addition of the silencer for the D50, which should help with the gun’s atrocious recoil, and the silencer will be given to both Valk and Blackbeard too.

She initially feels underwhelming to play. But, I think she’s a character that will come alive with map knowledge, especially knowledge of camera placement and the popular positions for Maestro’s bulletproof evil eye turrets, and Valkyrie’s smaller cameras. As it stands this two armour, two strength operator doesn’t quite have the chops to go toe to toe with the top fragging operators in the game, so will have to counter that with intelligent use of her gadget.

Both of these operators share one problem: a focus on higher level play. It’s easy to see the use for them, but with just a few hours of hands-on time it was hard to see exactly how they will fit in. At a glance, the operators feel balanced but underwhelming, so you’re unlikely to see a Lion situation as one emerges to be overpowered, but it’s also unlikely you’ll see them get a lot of play in your matches after the initial rush on launch. At least that is until people are more comfortable with what they can do. 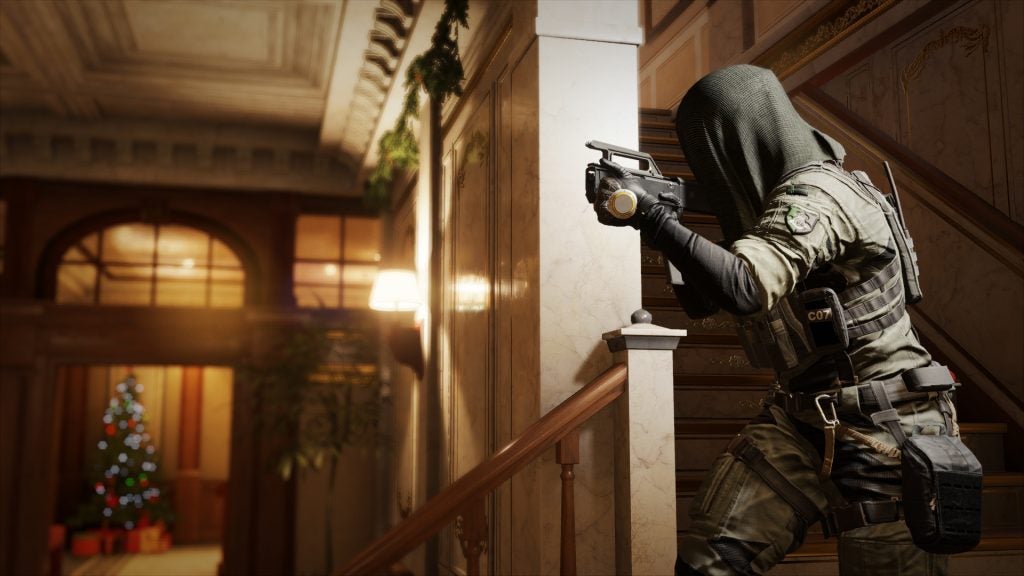 Kafe Dostoyevsky is one of my favourite maps from the base game, but there’s no denying it needed some work.

Thankfully, in what I’ve played so far, Kafe Dostoyevsky’s changes are thoughtful and quite light, fleshing out some areas of the map and bring a better consistency to it.

Some of the bigger changes have been to make certain areas feel more viable for both attack and defence. The most obvious change is the addition of balconies on the mezzanine level looking out across the third floor bar and the level below. This helps make the third floor an easier place for attackers, with more sight lines breaking up the previously easy-to-defend third floor bomb site.

Breaking up the top floor means less sight lines, and it makes it easier for attackers to try and bring overwhelming firepower to their attack. A rework to the skylight makes it even more useless, and will hopefully consign it to the bin for all but the bravest of attackers.

A similar rework on the ground floor mixes up the entire kitchen area, with the previous deathtrap walk-in freezer has now been shrunk down and reworked, while the front bakery area has been broken up into several smaller rooms. This should help make that entire area easier to defend.

The biggest change relates to how destruction is handled. Now, if someone looks wooden you will be able to shoot, cluster charge or sledgehammer your way through it, opening up a variety of sightlines to promote vertical play. During my play session I used this to pick apart a strong kitchen defence, cracking open the floor with Sledge and using grenades and an assault rifle to take out foes.

Kafe Dostoyevsky’s changes are similar in scale to the rework seen by Clubhouse last year, and largely seem to break up a lot of the long sight lines. Now, Kafe Dostoyevsky feels like an in-your-face close quarters map, with firefights often taking place at arm’s length.

Similarly, run outs no longer seem to be a big feature. Several windows have been blocked off, and spawn points have been rejigged. You’ll still want to keep an eye on several of the windows as you approach the building itself, but this is Rainbow Six Siege’s own version of the Darwin Awards: if you’re not paying attention as you start your assault, perhaps your character deserves to die?

All in all, a map rework over a new map is a great idea for a game where map knowledge is key and there’s already far too many for a single player to know inside and out. That the update is a thoughtful effort that makes it feel more unique doesn’t hurt, either.

Ranked is finally losing its beta tag, with a new ranked hub now standing up as the official Rainbow Six Siege ranked experience. From the hub you can see how you’ve done in previous seasons, your current rank, and what maps are in and out of rotation.

Part of the ranked update is that pick and ban is now part of the experience, and Ubisoft has also canned Hostage and Secure Area modes so that only Bomb is in play for ranked matches.

Speaking at a presentation, Ubisoft revealed it’s because they wanted to make the gameplay as much like the Pro League matches as possible in the ranked gametype. 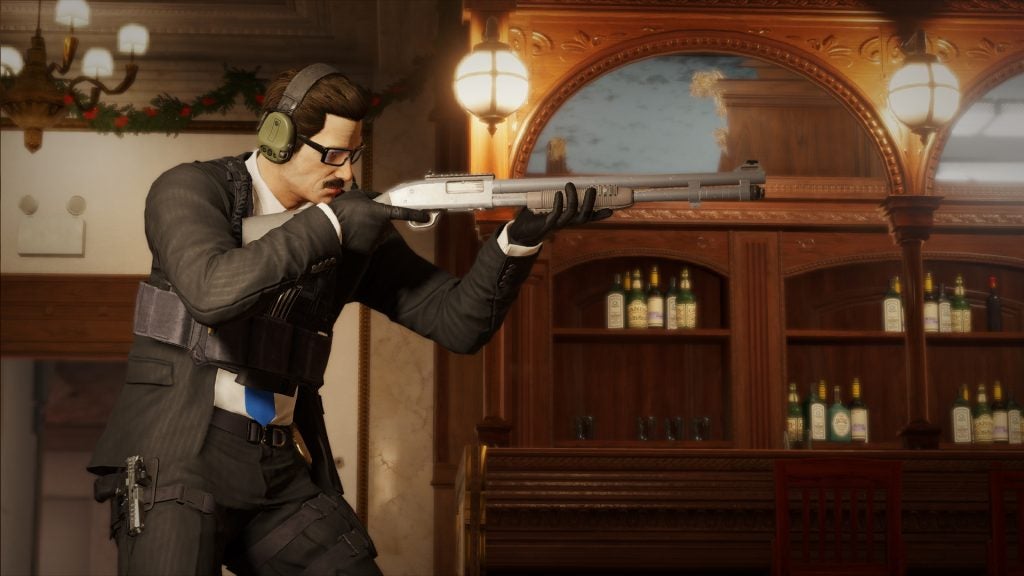 The Glaz rework shown at the Rainbow Six Invitational back in February will be live in the new patch. It’s a simple one. Glaz can no longer see through smoke or have enemies highlighted when he’s moving. He’ll have to stand still to get that benefit.

In a single move, Glaz has moved from high-precision entry fragger back to his original role as an overwatch sniper. 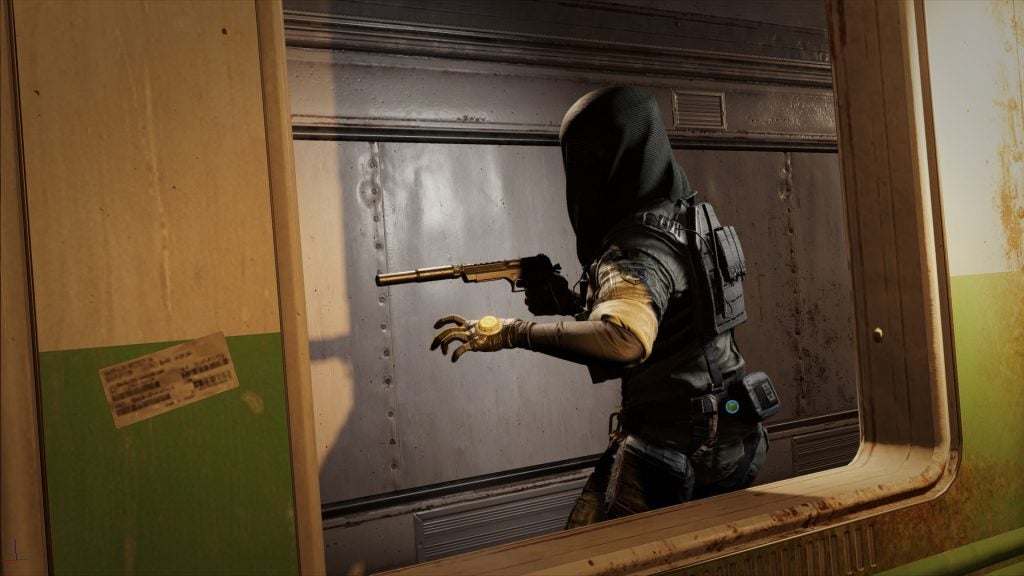 Patch notes for Operation Phantom Sight are now live. You can see changes to the Reverse Friendly Fire mechanic, fixes to weapons and operators, and a few minor changes: Sledge’s hammer can now put the windows through on external cars, something it couldn’t do before.

Some of the headline features include the removal of draws when the match ends in a traded kill, the HUD remaining visible when you’re disorientated by a stun or flash effect and a general reduction in ambient noise, such as the pesky helicopters that circle on Border. You can read the patch notes in full on the Ubisoft website.