A forthcoming update for Street Fighter V will publicly shame and punish gamers who ‘rage quit’ fights before they can be defeated.

According to screenshots appearing on Neogaf, frequent quitters will have an icon placed next to their avatar for potential opponents to see before the fight.

The screenshot says League Points will also be docked and temporary matchmaking restrictions will be put in place.

“Special icons will be displayed on the Fighter Profiles of players who frequently disconnect, as well as those who never do, making it easier for players with the same icon to battle against each other,” the screenshot says.

Related: Street Fighter V – The characters that failed to make the cut 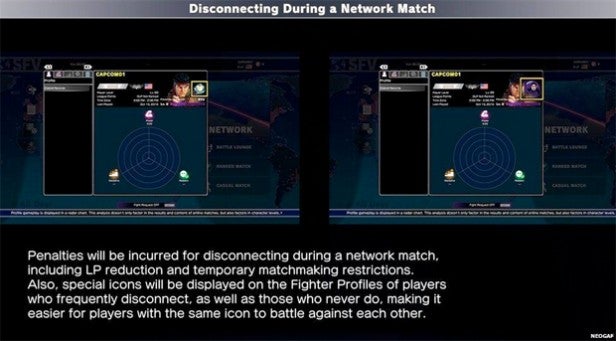 If the update comes to pass, it’ll make Street Fighter V one of the first high profile games to actively go after those who seek to undermine the integrity of the online gaming experience.

Street Fighter V was launched earlier this year for PS4 and PC. Following some teething problems, we revisited this summer to award it a 9/10 score.

What’s the best games console of all time? Head-to-Head

Do you agree with this move? Do you think more games should follow suit to combat rage quitting? Share your thoughts in the comments below.