After the underwhelming reception of LawBreakers and dropping support for the shooter, Boss Key Productions has entered the battle royale realm with Radical Heights. Boasting a cool twist on the formula with a standout 1980s aesthetic, Radical Heights also has you riding rad bikes while taking down other players. Far out!

Trusted Reviews has compiled everything you need to know about Radical Heights including where you can play it, how it works and all of the latest news and updates.

What is Radical Heights?

Developed by Boss Key Productions, Radical Heights is a battle royale experience which has only been in development for five months or so. Described as a “passion project” by its developers, it will continue to receive frequent updates and changes as it progresses as an early-access title.

Currently available exclusively on PC, Radical Heights can be downloaded right now and is free-to-play.

Radical Heights release date – when is it out?

It already is! Well, it’s available in early access on PC so bugs and performance issues are part of the package for the foreseeable future.

Boss Key Productions hasn’t said if it hopes to expand to other platforms further into development, or if it wants to move away from its current free-to-play model.

You can also purchase a ‘Founders Pack’ for £11.39/$14.99 which contains a multitude of cosmetic items and 1250 rad gems, which can be used to purchase items in-game.

Radical Heights Trailer  – How does it look?

Radical Heights gameplay – how does it play?

Radical Heights takes place in a reality TV show where 100 contestants are dropped onto a battlefield and forced to scavenge for weapons and resources before hunting other players for cash.

This acquired currency can be spent on new weapons, customisation options or kitting out your own personal prize room with all sorts of spoils. Bicycles can be found across the world or played about with in the spawn area, providing players a brief opportunity to hone their skills before the real thing kicks off.

One thing that separates Radical Heights from the likes of PUBG and Fortnite is the way in which players enter each match. Instead of dropping in via parachute, you just spawn in a random location. It’s unclear whether this is a deliberate mechanic or if Boss Key are yet to implement a similar feature.

As with the majority of free-to-play efforts, Radical Heights has microtransactions. However, the ones it has implemented are fully cosmetic and won’t have an impact on how players perform against one another.

Gems can be purchased in different quantities if you fancy giving your in-game avatar a bit of extra flair. At the time of writing, female character models aren’t an option. This is something we really hope to see introduced soon. 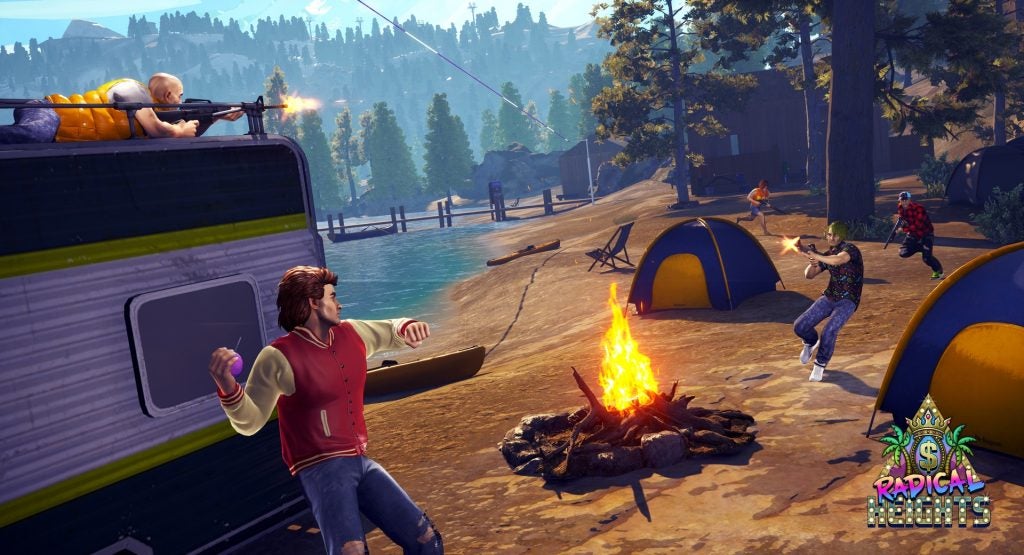 Radical Heights – What makes it different to PUBG and Fortnite

Trusted Reviews recently had a chance to speak with Brendan Greene (otherwise known as PlayerUnknown) about his thoughts on Radical Heights.

“It looks fun!” the developer said when Trusted Reviews asked him about the game, “It’s a good 80s battle royale.”

Click here for our full interview with the man behind PUBG. 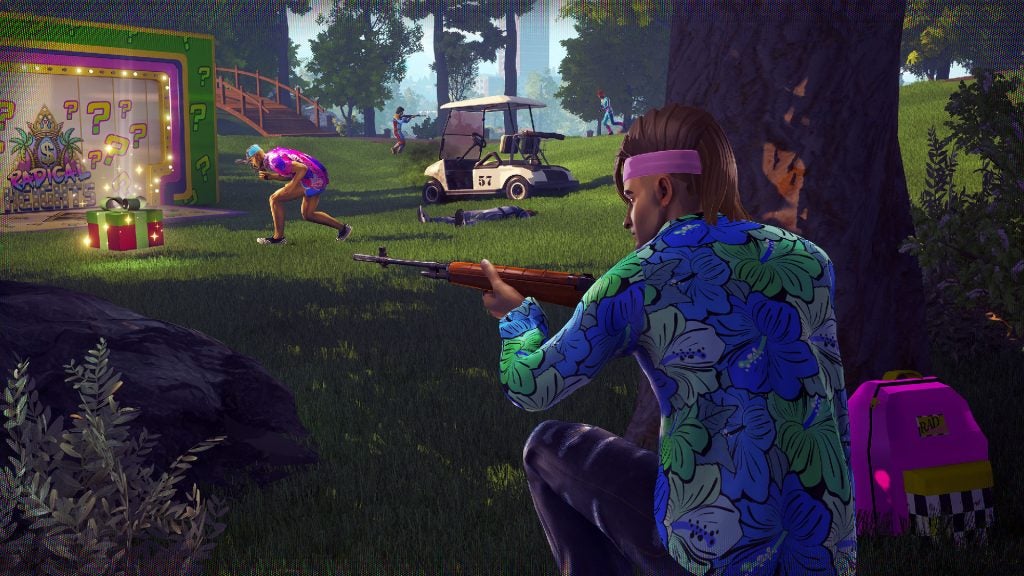 Radical Heights possesses a similarly zany visual aesthetic to Fortnite with a bright colour palette and exaggerated character models. Gunplay is also a little different to its two major competitors, feeling like a mixture of the two that still lacks some refinement.

While it’s clearly trying to capitalise on the current popularity of battle royale genre, Radical Heights also seems to be taking steps to innovate alongside them. Here’s hoping this trend continues.