Qualcomm has hinted at what we should expect to see from its next-gen Snapdragon wearable chips, with battery life improvements set to feature in a big way.

Google’s wide-ranging selection Android Wear smartwatches are largely powered by Qualcomm processors, which means the US chipmaker has an important part to play in the ongoing wearable revolution.

To date, Qualcomm has launched two generations of wearable chips – the Snapdragon 1100 and Snapdragon 2100 – but the latest one launched around two years ago. As such, the wearable world is wondering what’s coming out of Qualcomm HQ next?

Although the company “isn’t ready to announce” a new chip just yet, Qualcomm confirmed a number of details about the next-gen chip – likely coming this year or next – at its annual 5G Summit in Hong Kong, attended by Trusted Reviews.

“We are working on the next generation,” said Pankaj Kedia, Senior Director of Product Management at Qualcomm. “The power [consumption] will be lower. The size will be smaller. The sensors will be smarter. Connectivity will be more seamless. More options. And of course security that you expect.” 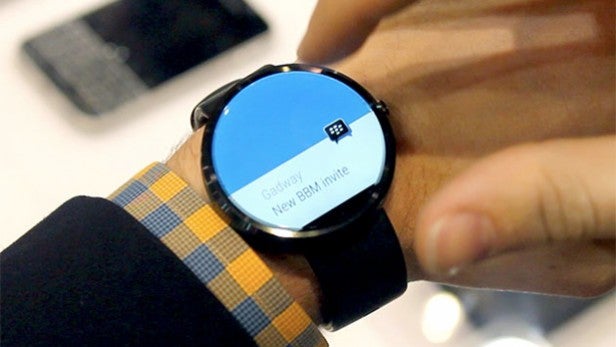 He added that it “only gets better from here”, and noted that Qualcomm believes smartwatch battery life is one of the biggest challenges right now. Kedia declined to go into specifics, but suggested that Qualcomm was working on a chip-based solution to improve battery life.

“You want to reduce power consumption,” he explained to press. “We are doing so at the chip level, at the platform level. So using the chipset to intelligently turn off things you’re not using, right? There’s a lot of action there.”

He also said that Qualcomm was “encouraging the ecosystem to come out with new chemistries” in terms of improving actual battery technology, and added that Qualcomm was continuing its efforts on quick charging to reduce the burden of a poor battery life on user experience.

“There is no one silver bullet,” said Kedia. “We continue to chug along; this is not an overnight thing. We are in wearables for the long haul. We are just getting started.”

The bad news is that even if Qualcomm can reduce power consumption at a chip level, it doesn’t necessarily mean your smartwatch will have battery life. Jim Merrick, Marketing Director of the Internet of Things at Qualcomm, detailed how manufacturers are often trying to reduce physical device size, which puts limits on overall battery life potential.

“We’re all aware of the limitations of battery life,” said Merrick. “As we become more power-efficient, we’re at odds with the fashionable design. There’s also that desire from consumers, and certainly from the fashion houses, to create thinner and thinner devices.”

He added: “Even as we advance our power efficiency, we’re going to be facing that battle continuously. We are all learning together; what is the right profile?”