The US chipmaker – which supplies to phone giants like Apple, Samsung, and LG – has confirmed that manufacturers are now testing with the new Snapdragon X20. It succeeds last year’s powerful Snapdragon X16, which is the modem inside Qualcomm’s current flagship Snapdragon 835 chip – rumoured to feature in the upcoming Samsung Galaxy S8 smartphone.

How fast is it?

The Snapdragon X20 is a seventh-generation modem capable of blistering 1.2Gbps download speeds, and is Qualcomm’s second modem to ever break the Gigabit speed barrier. The 20% boost over the Snapdragon X16 is thanks to support for 5x20MHz downlink carrier aggregation, and 4×4 MIMO on up to three aggregated LTE carriers. That’s a fancy way of saying that your phone’s modem will be able to receive 12 unique streams of data, each with a peak downlink speed of 100Mbps – thus, 1.2Gbps. 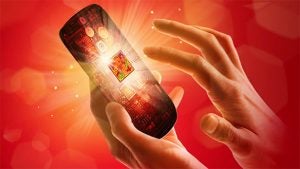 Qualcomm describes these LTE category 18 speeds as “fibre-like”, but exactly how fast is this modem in real terms?

Well, 1.2 Gigabits of data is equal to 0.15 Gigabytes of data, which is in turn equal to 150 Megabytes. The BBC says that, on average, 60-minute programs downloaded in high quality (1,500kbps encoding) take up about 630MB of space. So with a 1.2Gbps download speed, you’d expect to download that show in just over four seconds.

But is it really that fast?

Of course, it’s important to remember that the modem is just one part of a much bigger picture when it comes to download speeds.

You’ll also need to be on a phone network that’s capable of outputting such high speeds to your phone; unfortunately, no UK carriers do right now. And even when UK networks do start offering these speeds, they’ll be prone to the same old problems – if you’re indoors, far from a mast, or living in the countryside, there’s every chance you’ll see your speeds drop significantly. Also, these speeds probably won’t be available everywhere immediately anyway; expect densely populated areas to get priority in the rollout. 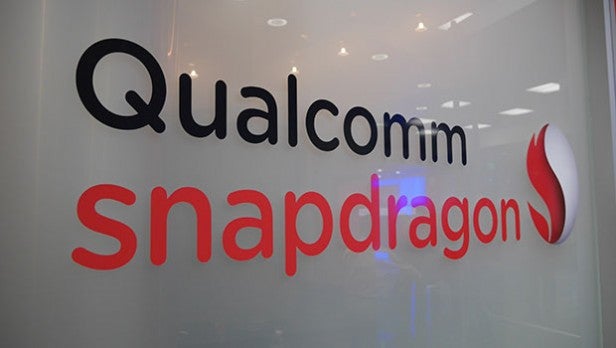 Still, Qualcomm says that the modem’s speed potential as an “essential pillar” for the rollout of 5G mobile networks. Speaking at the announcement, Serge Willenegger, Qualcomm’s SVP of Product Management, said:

“The Snapdragon X20 LTE modem is the latest example of Qualcomm extending our connectivity leadership and puts us at the forefront in driving global deployment of Gigabit LTE worldwide, laying an essential foundation for the successful launch of 5G mobile services worldwide.”

What else is new?

So what else is interesting about the chip? Well it’s built on the latest 10nm FinFET manufacturing process, which means it should be very efficient (thanks to transistors being more densely packed).

You’ve also got integrated Dual SIM Dual VoLTE capability, which is a first for Snapdragon LTE modems. Probably the biggest benefit here is that you’ll be able to have two SIMs in your phone (device maker’s designs pending), both of which can be on 4G networks. Generally, Dual SIM phones can support just one fully-fledged 4G/LTE SIM. The modem also supports over 40 cellular frequency bands, so expect to see this modem popping up in phones all over the world. 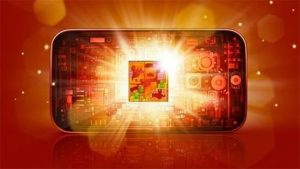 When can we get it?

Qualcomm has already started sampling the Snapdragon X20 chip to customers, with the first commercial devices “expected in the first half of 2018”.

We asked Ben Timmons, Senior Director of Business Development for Qualcomm Europe if the modem would be integrated into a system-on-a-chip (the successor to the Snapdragon 835), and he said: “One would expect so. That would be normal practice.”

It’s not clear exactly which phones will feature the chip just yet, but there are some clear possibilities. Apple consistently used Qualcomm’s modems for the iPhone until last year, when some models of the iPhone 7 debuted with an Intel modem instead. So there’s no telling what the future holds for Apple’s choice of modems. Meanwhile, flagship Android phones regularly use Qualcomm’s high-end Snapdragon chips, so it’s likely that several of next year’s best Android handsets will carry the Snapdragon X20 modem.

What do you think of the Snapdragon X20 modem? Let us know in the comments.