Qualcomm took to the stage at CES 2018 to make a range of announcements from connected cars and AI speakers to smart home products, mobile phones, and even VR. We take a look at what the American telecoms and semiconductor giant has planned for the year ahead.

Qualcomm had a busy CES, which is probably no surprise considering the company has fingers in many pies these days. In fact, a number of its announcements have been in the pipeline for some time now. We first got wind of its plans for the new Qualcomm Low Power Bluetooth SoC QCC5100 series at a pre-CES briefing in Cambridge in late-2017, for example, while its automotive ambitions were centre stage at the Frankfurt Motor Show last September.

With all that in mind, here are five things you can expect from Qualcomm in 2018 and beyond.

1) Snapdragon is going to be the brains of your vehicle… 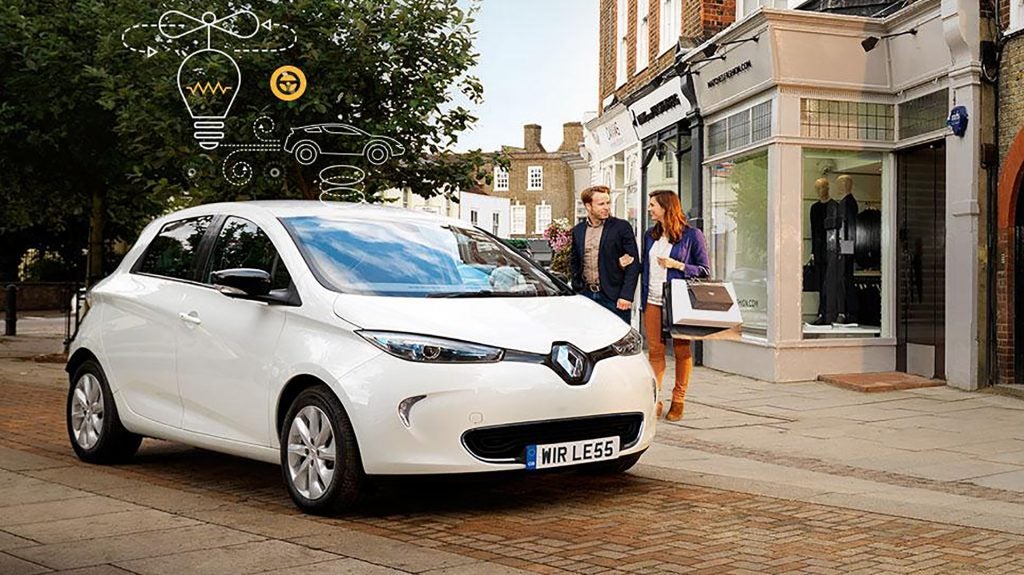 Arguably the biggest news out of Qualcomm’s camp at CES was the range of partnerships with leading car manufacturers, including Honda, Jaguar Land Rover, and BYD. These tie-ups will see Qualcomm’s Snapdragon Automotive Platform sit at the heart of a number of future vehicles, powering infotainment, connectivity, and more.

The 2018 Honda Accord was on display at the show packing the tech, and you can expect to see a number of other big name cars sporting it in the future.

Ford, for one, has also partnered with Qualcomm to uses its clever Cellular Vehicle-to-Everything technology. Known as C-V2X, this will allow future vehicles to communicate with everything from other vehicles to road infrastructure such as traffic lights. This will be the backbone for more efficient and safer autonomous vehicles.

Read our full report from the ground to learn more on Qualcomm’s automotive technology.

2) …and Qualcomm may well power your next smart speaker

You can expect to see Qualcomm technology inside future Alexa-powered smart speakers, thanks to the company receiving Alexa Voice Service (AVS) qualification for its Qualcomm Smart Audio platform, which includes six far field microphones and wake-word detection. This will include speakers that support Qualcomm’s AllPlay multi-room standard, too.

Qualcomm isn’t throwing all its eggs into Amazon’s basket, however.

Its Smart Audio Platform will also support Microsoft’s Cortana and Google Assistant, giving it a hat trick of 2018’s most popular AI helpers. According to the company, the first Cortana-ready speakers will start popping up in the the first-half of 2018, with more to follow as the year progresses. 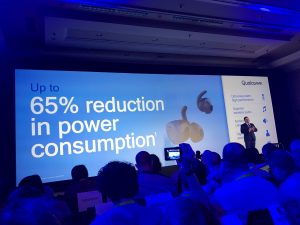 Battery life of wireless headphones and hearables has been an issue for some time now, because there’s nothing worse than grabbing your favourite earbuds to go for a run, only to find that you forgot to charge it overnight.

In 2018, Qualcomm plans to drive forward significant improvements to battery life in wireless audio products, thanks to its new Low Power Bluetooth QCC5100 SoC, which the company says will deliver reduced power consumption by up to 65% while still supporting aptX HD and hybrid active noise cancellation. In fact, its aptX HD solution, which allows for higher quality wireless audio through 24-bit audio, is already available in more than 55 products, including from the likes of Bowers & Wilkins.

Back in 2017 at its pre-CES audio showcase in the UK, the company told us that this is a product that has “been in development for a number of years,” and that the first reference designs will be shown off in the first-half of 2018 . That means we could the first consumer-ready devices to feature QCC5100 SoCs launch in H2– or, we’d imagine, by 2019 at the latest.

Key to these new products will be hands-free wake word activation – with cellular connectivity also planned for the future.

“People want to have always-on voice. You want to be able to say, ‘OK, Google’, or, ‘Hey, Alexa’, on a headset that is always listening, without touching it. At some point in the future, we’ll have these headsets connected to the cloud, so you’ll have cellular networks in your ear,” Qualcomm told us at its event in Cambridge.

Again, seeing products with these features on shelves could still be a little ways off – but 2018 certainly looks like a watershed moment in their development, so keep your eyes peeled.

As ever, you can expect to see plenty of Qualcomm tech – from Snapdragon SoCs to its modems and antennas – in future devices from the majority of the big mobile players.

Cristiano Amon, president of Qualcomm, said at CES: “Our advanced RF solutions deliver superior connectivity performance and flexibility in form factor design, and we’re thrilled to work alongside customers like Google, HTC, LG, Samsung and Sony Mobile to help deliver this combination of form and function to consumers around the world.”

That starts early on in 2018 with the Samsung Galaxy S9, which is widely expected to be the first smartphone to feature Qualcomm’s new-gen Snapdragon 845 chipset. We first saw the new mobile SoC revealed in late-2017 at the Snapdragon Technology Summit in Hawaii, and after (presumably) making its way into Samsung’s next flagship, phones like the LG G7 and HTC U12 should follow suit in sporting it under the hood.

And of course, come late-2018, we’ll also be looking at the next iteration of Qualcomm’s Snapdragon SoC, which is likely to be dubbed the Snapdragon 855 based on the firm’s current naming conventions. 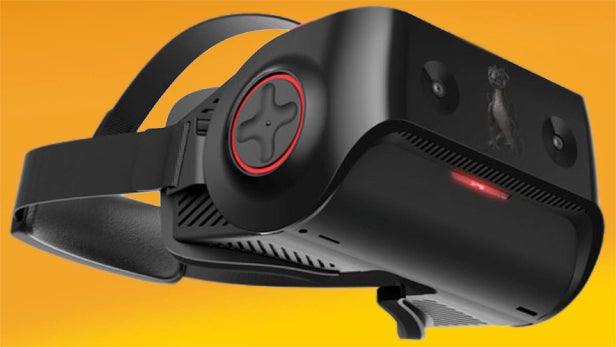 At CES 2018, Hugo Barra from Oculus announced that the standalone Oculus Go headset will use the Snapdragon 821 chipset, which is part of the Qualcomm Mobile VR platform. This is one of the biggest coups to date for Qualcomm in the VR world, and follows neatly on from recent reports that a modified, VR-specific version of the Snapdragon 845 could break cover this year.

Keep your eyes peeled on MWC 2018 in particular, as the rumour mill suggests Samsung could reveal a new mixed reality Gear headset at the event, alongside the Galaxy S9. If this happens, there’s every chance such a device would also feature Snapdragon internals.