It’s hard to believe it’s been over a decade since the last major Quake title blasted onto the scene. Unfortunately for many, 2005’s Quake 4 proved to be a hugely underwhelming romp with a mediocre solo campaign and lacklustre multiplayer.

id Software appears to have gone back to the drawing board with Quake Champions, a PC exclusive arena shooter that aims to embrace what fans love: fast, bloody, satisfying action. 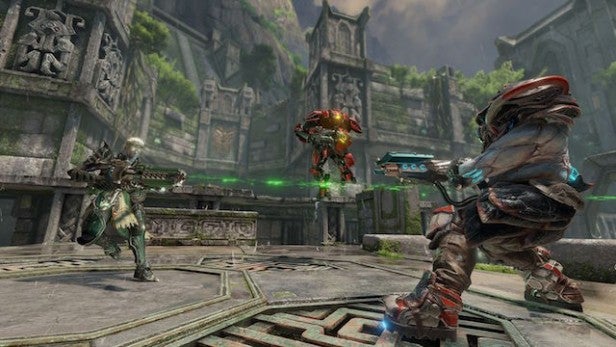 What is Quake Champions?

First revealed at E3 2016 to the pleasant surprise of fans, Quake Champions is the latest entry in the iconic shooter franchise. Intended as a “fast paced arena based shooter,” Quake Champions will feel instantly familiar with those who grew up playing the likes of Unreal Tournament and Doom in the 1990s.

Quake Champions release date – When is it coming out?

Quake Champions is coming exclusively to PC. Bethesda is yet to confirm a specific release window for the game or whether it will be available at retail, or be a free-to-play title. 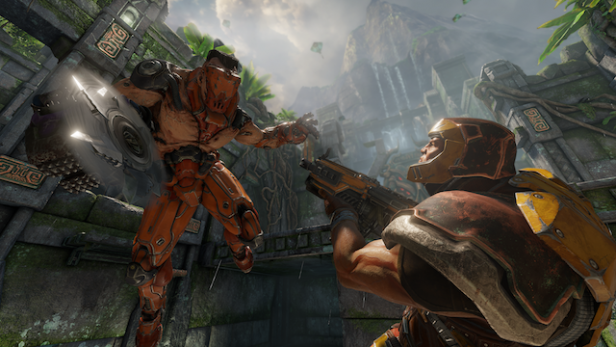 Quake Champions gameplay – How does it play?

Quake Champions has been described as a “fast, skill-based arena-style competition” that aims to relive the glory days of PC multiplayer with new maps, characters and combat. Players will be able to select from a variety of unique heroes, all of which will have their own bloody ways of dealing with adversaries.

If your gaming PC is up to the task you’ll be able to run Quake Champions at 120Hz with a completely unlocked framerate. It appears Bethesda is going all in to create a shooter experience that is absolutely perfect for hardcore PC owners, otherwise known as the entire Quake fanbase.

Related: Battlefield 1 – Everything we know

Judging from the first gameplay trailer, rocket jumps are making a welcome return, as are dynamic weapon pickups and close-ranged melee combat. It’s appealing to the inner Quake fanboy of anyone familiar with the franchise, and it’s more than aware of that. 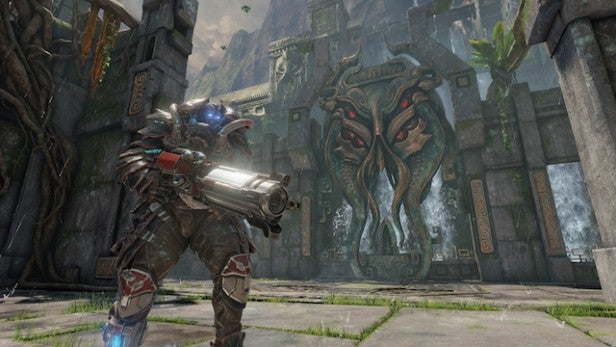 id Software is yet to decide whether the game will be paid or free-to-play, and console versions aren’t completely out of the question either.

“So for us, we’re trying to figure out exactly what people want more of, and how they perceive it.” “And I’m not even trying to be cagey! It’s not like we know and just aren’t trying to tell anybody; we don’t know and we’re still trying to figure this out.” Studio head Tim Willits told PC Gamer.

Quake Champions trailer – How does it look?

First revealed at E3 2016, Bethesda showcased the game with a fancy CG trailer:

This was followed by a more extensive gameplay trailer at Quakecon 2016, giving us a small glimpse at how the game will play.

It’s brutal, bloody and uncompromising shooter action that appears to reward accuracy and skill far more than other modern shooters.

Quake Champions is shaping up to an exciting revival for the franchise, standing alongside the successful reboots of Wolfenstein and Doom. It’s like a holy trinity of legendary shooters finally resurfacing after years on hiatus.

What are your thoughts on Quake Champions? Let us know in the comments.