We don’t know what form Sony’s forthcoming PS5 will take, or even if they’ll call it the PlayStation 5, but our best bet is that it’s going to arrive towards the end of 2020.

Sony’s new console is going to be a hell of a ride, even though they haven’t yet delivered a full reveal. All we have is a look at some of the technology behind it courtesy of Wired. We know that Mark Cerny is the architect of the console, meaning the father of the PS4 is coming back for an encore, but otherwise it’s all a bit up in the air.

For consumers circling at the end of a console generation, this can make it tough to answer the most important question: is it too late to buy a PS4? We can’t tell you: we’re not your parents. But we can offer some helpful pointers to help you make up your mind.

5 Reasons why you should still buy a PS4

1: There’s still a selection of great games still to come.

We won’t be getting our hands on the as-yet-unnamed PlayStation console until late in 2020 at the earliest Before then, there’s going to see the release of FIFA 2020, Call of Duty: Modern Warfare, Watch Dogs: Legion and a little thing called Cyberpunk 2077. These are just the biggest releases in the final 18 months of the PS4’s jam-packed swan song.

But then there’s all of the PlayStation exclusives. We’re expecting Ghosts of Tsushima, Death Stranding, and The Last of Us 2 before the next console launches. This means it’s a near-perfect time to get into the PlayStation 4.

Let’s be honest, the death of a console generation is also the best chance to go back and play the classics, so why not start with our list of the best PS4 games?

2: The PS4 might have the best run of exclusives of any console

I’ll plant my flag here: name any console that has had exclusives as strong as the PlayStation 4. God of War, Spider-Man and Horizon: Zero Dawn are all classics, but there’s also the remaster of The Last of Us (technically a PS4) game, Uncharted 4, Bloodborne… this list could go on for a while.

I feel confident in saying that you could happily fill the next 18-24 months playing the best titles in one of the very best console line-ups. The Xbox One X may have been prettier, but Sony’s hit-rate with its PS4 exclusives is nearly perfect, and you would be silly not to make the most of it.

3: The PS4 is literally pennies now

The PS4 Pro is more expensive than the infinitely more powerful Xbox One X, so I can’t say I’d recommend it though. The Xbox One X is the most powerful console around for the moment and it only costs £339.99. In addition to pumping out 4K gameplay, it’s also packing a 4K Blu-ray player. It’s a cracking piece of kit for the price, and will function as a solid media player with access to YouTube, Now TV and Netflix (among others) even when you’re done with the games.

GAME's got the competition beat at the moment for PS4 bundles, with this fantastic offers getting you two modern games plus a Now TV voucher at no extra cost. 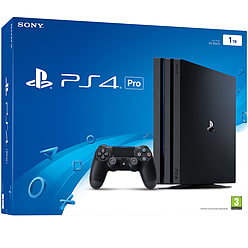 Another banger from GAME, this time for the PS4 Pro. If you haven't already played it, this bundle is worth it for Spider-Man alone, but all the extra freebies definitely sweeten the deal. 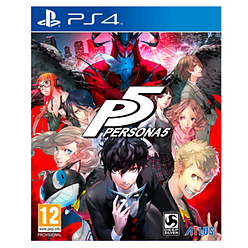 Persona 5 is one of the best and most distinctive JRPGs on PS4, and this is a great price for it.

Games don’t hold their value for long. You can get a physical copy of many of the hit games I’ve mentioned in this piece for below £20 these days. What’s not to love? Better yet, with a new console generation coming, expect games to get cheaper and stay cheap.

Sony’s attempts at virtual reality aren’t the best in class, but the PSVR does offer one of the simplest ways to get into VR. the PSVR has limitations, in that there’s no 3D room scale tracking, and the motion controllers, cribbed from Sony’s early PS Move experiment, are a pain in the behind.

But it is virtual reality, and short of grabbing yourself an Oculus Quest, this is one of the only ways to get a triple-A virtual reality experience without a remarkably expensive PC.

Looking for inspiration? We’ve got a list of the best PlayStation VR games, and true to Sony’s form there are a bunch of exclusives you just can’t play anywhere else. The Batman virtual reality experience is one-of-a-kind, but there’s a bunch of gems here that you might not have a chance to experience without this PlayStation VR headset.

3 Reasons why you should not buy a PS4

It’s a small change with huge implications. While the PS4 Pro and the Xbox One X can go toe to toe on price, Microsoft’s rectangle of joy packs a much more significant punch, especially as a media machine. The Xbox One X has a 4k Blu-ray player, the PS4 Pro does not, ruling this out for those wanting to use the PlayStation as a media device.

2: Backwards compatibility means you can wait for a PlayStation 5

I’m not saying you should, but many of the PlayStation’s best exclusives are single-player adventure games. Sony has confirmed that you will be able to play your PS4 games on the PS5, so if you are going to get a PlayStation 5, there’s nothing stopping you from just playing the games there instead.

Although, if you’re sleeping on titles like God of War and Horizon, that’s on you.

While the games are individually cheap and the console isn’t too expensive, building a complete library will cost several hundred pounds, and while this can be done over time, if you’re planning to upgrade to a PlayStation 5 later, it stands to reason these games will be even cheaper later on.

If you’re just getting a box to chuck under the TV, and you haven’t bought a PS4 already, you can probably wait for another 18 months if you’re looking to save cash. I’m a big fan of the PlayStation 4, but within two years we’ll have another console, and all of these fond memories will be lost like tears in the rain.