Sony has showcased the new DualSense controller for the Sony PS5 console, revealing a significant redesign compared with the existing DualShock 4 controller for PS4.

The new pad, surprisingly announced on Tuesday evening, features a much more curved and less angular design and somewhat resembles a DualShock/Xbox One controller hybrid. The DualSense controller also offers an attractive two-tone design, which is a departure from the all-black controllers Sony has traditionally shipped with consoles, all the way back to the PS2.

Related: DualSense – Everything we know about Sony’s PS5 controller

The light bar from the PS4 controller remains, but it has been shifted to either side of the touchpad, which could make it more visible for some gamers. Or, “give it an extra pop” as Sony says.

Sony says the revamped design is partly required due to the new and improved haptic feedback engine and adaptive triggers that sit within the DualSense controller. The latter feature will enable gamers to feel the tension of, say, pulling back on a bow and arrow. The company also said it considered maintaining strong battery life while reducing the overall weight of the new pad.

Sony is also promising a built-in microphone, nixing the need for a headset in order to chat to your pals during an online gaming session. It still recommends a headset for extended sessions through. Sony has also replaced the Share button with a Create button, while will have similar but enhanced features, the company says.

Sony writes: “With Create, we’re once again pioneering new ways for players to create epic gameplay content to share with the world, or just to enjoy for themselves. We’ll have more details on this feature as we get closer to launch.”

Images of the controller also appear to show Sony is switching to USB-C charging for its wireless controller, but it’s not clear yet from the images whether the 3.5mm jack for headphones/headsets has remained. 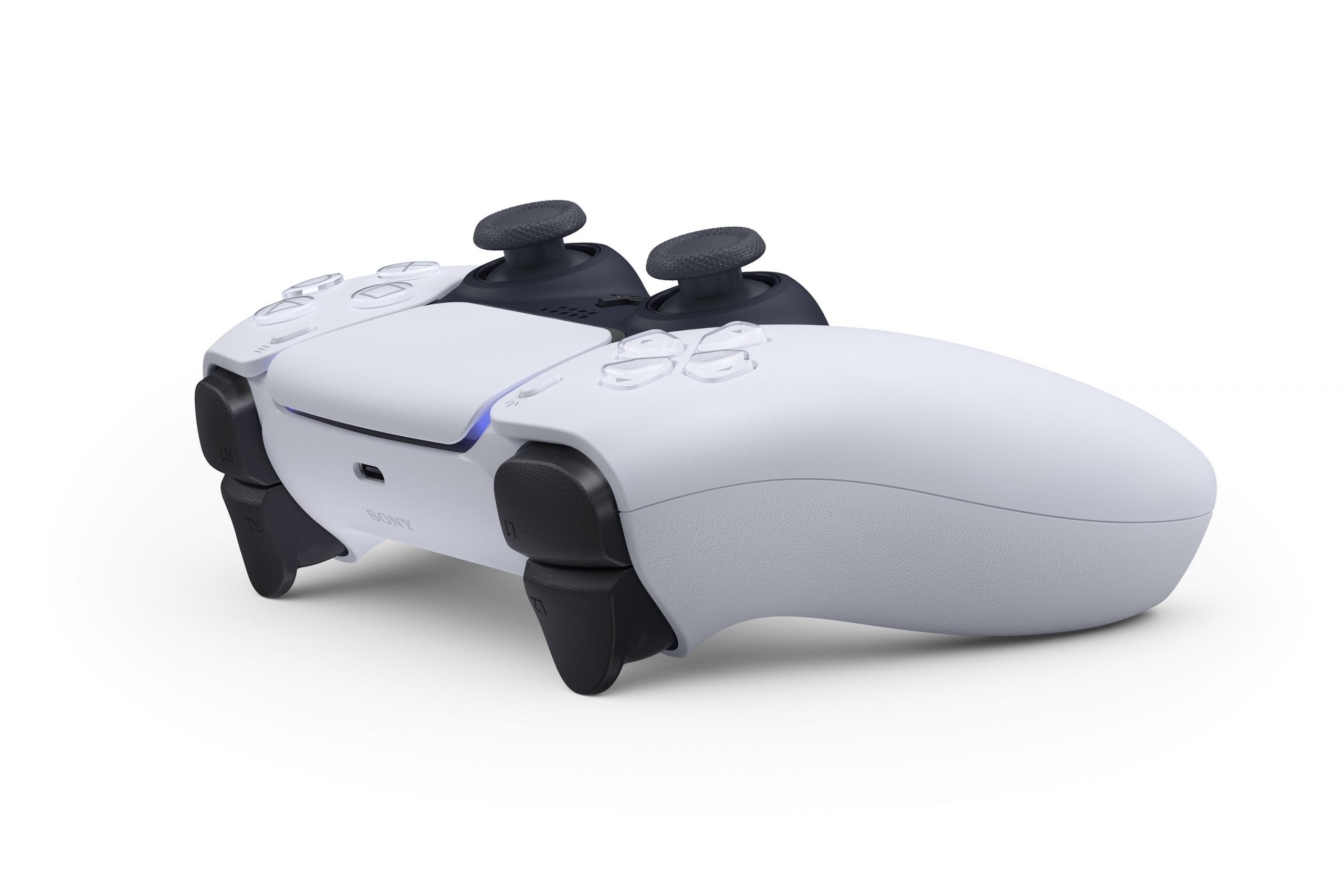 The company writes: “In all, we went through several concepts and hundreds of mockups over the last few years before we settled on this final design. DualSense has been tested by a wide range of gamers with a variety of hand sizes, in order for us to achieve the comfort level we wanted, with great ergonomics. Our goal with DualSense is to give gamers the feeling of being transported into the game world as soon as they open the box. We want gamers to feel like the controller is an extension of themselves when they’re playing – so much so that they forget that it’s even in their hands!”

The PS5 is set to arrive before the end of 2020 and, although we haven’t seen the console yet, this tease will keep many gamers going for the long months ahead.