OPINION Sony has officially unveiled the PS4 Pro, but there was no mention of one key thing that many of us were expecting: the ability to play 4K Blu-rays. “What the hell, Sony?” says Home Technology Editor, Ced Yuen.

Like countless other tech announcements, the Sony keynote about the new PS4 Pro had a very low-key start. It began with a tease, some brief chatter about 4K Ultra High Definition and High Dynamic Range (HDR).

Then Sony elaborated a little, explaining why 4K and HDR are things that you want. Greater sharpness. Better contrast. Then some game footage, showing off some very lovely graphics. Saving the best for last, Sony? I like your style.

But no, that was it. Not a word on the one thing that would make it worth spending money now, rather than waiting for the proper next generation: 4K Blu-ray playback.

Related: What is UHD Blu-ray?

In Sony’s world, anybody who has bought the latest TV and wants to enjoy both games and movies in 4K and HDR would go and buy two separate machines. Dedicated 4K Blu-ray players aren’t cheap – especially if you’ve just shelled out £349 for a PS4 Pro. The alternative is to buy a Microsoft Xbox One S, which is technically the cheapest 4K Blu-ray player on the market. Is that what you want, Sony?

Unsurprisingly, Microsoft has been quite vocal since the Sony announcement. Among all the PR speak, this line caught my eye: “The [Xbox] hardware available now and next year was designed to give gamers a choice in how they play.” In this age of multimedia devices, people should be able to choose what they do. Incompatibility with the latest video format takes choice out of the equation. 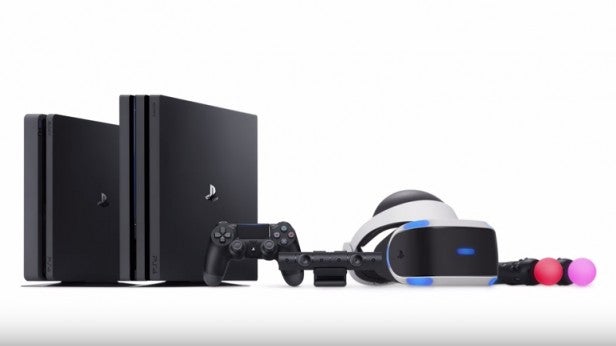 Related: PS4 Pro: All you need to know

To be fair, the PS4 Pro promises twice the power of its predecessor, while the Xbox One S has roughly the same amount of grunt as the three-year-old Xbox One. But Sony’s extra oomph is really about shinier graphics. I’d argue that the existing PS4 already does a great job, and if you want more money from me, you’ll have to give me some extra functionality. Without that, the PS4 Pro is essentially a facelift. What’s ‘Pro’ about that? The Xbox One S does offer new tricks, and for less money too. It starts at £250.

The PS4 Pro does offer 4K streaming, and Sony is using this to downplay the lack of 4K Blu-ray support. PlayStation boss Andrew House told The Guardian, “Our feeling is that while physical media continues to be a big part of the games business, we see a trend on video towards streaming. Certainly with our user base, it’s the second biggest use case for people’s time on the system so we place more emphasis on that area.”

Nice try, but that’s not good enough. Firstly, 4K streaming is no longer something to boast about. Every decent 4K TV already has that built in. It’s not like the PS4 Pro is doing gamers a favour by including 4K streaming – that’s simply keeping up with market demands. Secondly, it’s not an either-or situation, and the popularity of streaming should not take away from people who want to stick with physical media. Maybe people don’t want to watch Marco Polo season 2. Maybe people don’t have the internet speeds required for 4K streaming.

To say that a streaming app is a viable alternative to full on disc-spinning functionality is not only arrogant – it’s misguided. The people who live on Netflix are not necessarily the same crowd who owns a UHD Blu-ray collection, so Sony is making a conscious choice not to cater for AV enthusiasts. ‘Pro’, you say?

This omission is more disappointing in the light of Sony’s past consoles. The PS2 was the first console to feature a DVD player. At a time when DVD players were still very expensive, this was the only way that teenage me could watch movies. Then there was the PS3, which was single-handedly responsible for preventing the premature death of Blu-ray. With Ultra HD Blu-rays still in their infancy, Sony had a chance to make a difference. 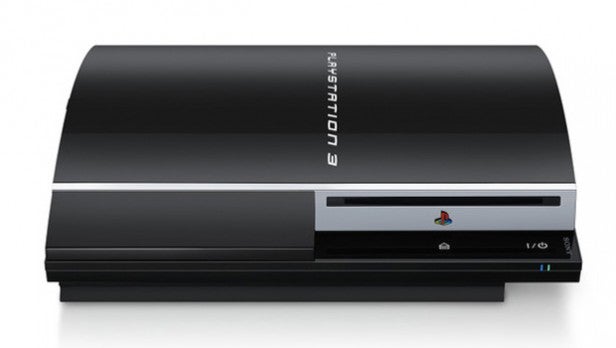 You can’t tell me that Sony doesn’t have the means to offer 4K Blu-ray playback, either. Just earlier this month, Sony showed off a dummy prototype UHD Blu-ray player in Berlin. The prototype wasn’t playing anything, but it’s clear that these discs are a part of Sony’s grand plan, and it’s not a stretch to assume it is possible to cram that into a new PlayStation.

So why no 4K Blu-ray? The most obvious argument is cost, that adding 4K Blu-ray playback would drive the price too high. I don’t buy it, because Microsoft managed it just fine, and I’d bet the upcoming Xbox Scorpio will have that ability too. A cynical person might say that Sony doesn’t want to undercut the sales of its own shiny UHD Blu-ray player. I’m inclined to agree.