PaRappa The Rapper launched for the original PlayStation more than 20 years ago, and there’s yet to be anything quite like it. Masaya Matsuura and NanaOn-Sha’s rhythm-action classic combined addictive gameplay with charmingly colourful visuals to create an experience that would easily stand the test of time. In fact, it recently saw a remastered release on PS4.

Now, the original creators have another project in the works. Project Rap Rabbit is live on Kickstarter and aims to create a new kind of rhythm game.

What is Project Rap Rabbit?

Combining the creative talents of PaRappa The Rapper’s Masaya Matsuura and NanaOn-Sha, along with Gitaroo Man’s Keiichi Yano, Project Rap Rabbit could be a match made in rhythm heaven. By combining familiar elements from past titles with a new spin on rhythm mechanics, Rap Rabbit hopes to be a gnarly mix of everything we’ve come to love from years of Japanese rhythm titles. It isn’t quite a sequel to Vib-Ribbon, but it will do. 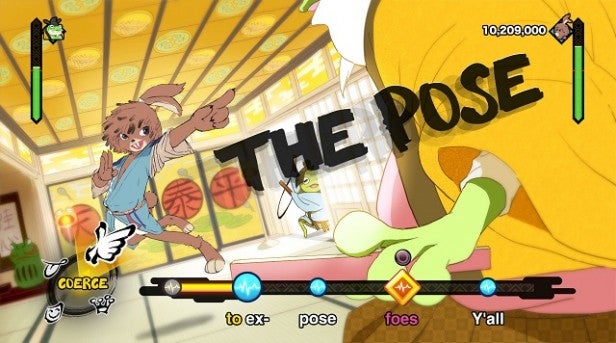 Project Rap Rabbit release date – When is it coming out?

The Kickstarter campaign for Project Rap Rabbit has only just kicked off. If the fundraiser proves successful, the current release date is planned for August 2018.

Planned platforms thus far include PS4 and PC via Steam. Stretch goals currently list Xbox One and Nintendo Switch as potential release options. If successful, Rap Rabbit aims to be the first in a series of music-driven adventures.

A great catastrophe has befallen the anthropomorphic lands of 16th-century Japan, and it’s up to Toto-Maru and his sidekick Otama-Maru to save the day. In order to bring about peace to their troubled world, our heroes must battle the leaders of neighbouring factions in a series of blistering rap battles. A little like 8 Mile, if it happened with animals, 400 years ago.

Project Rap Rabbit gameplay – How does it play?

The aforementioned rap battles make up the core of Rap Rabbit’s six planned levels. Further stages are in the pipeline if the campaign surpasses its initial funding goal. 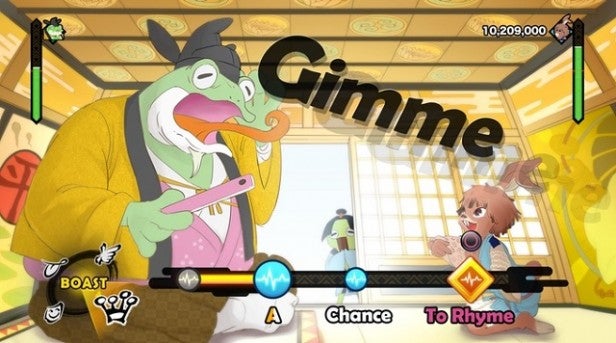 In order to convey the dynamic nature of rap battles, the developer has said it could no longer be constrained by a linear mode of progression. Songs have the potential to burst into a web of different lyrics, moves and emotions as the player decides on which direction a stage may take. If Rap Rabbit aims to be a fitting homage to PaRappa The Rapper, then each stage is bound to be filled with exciting characters and silly gags for us to discover.

Experimenting with different outcomes has the potential to unlock a number of bonuses you’d never see by sticking to the beaten path. According to Keiichi Yano, he plans to take inspiration from the dialogue wheels of Mass Effect and Fallout, of all places. There’s no wrong way to play Rap Rabbit, so long as your fingers are up to the task.

Project Rap Rabbit trailer – How does it look?

A reveal feature was released alongside the launch of Rap Rabbit’s Kickstarter campaign. It gives us a good glimpse at what the title aims to be alongside concept art and developer interviews.

Will you be backing Project Rap Rabbit? Let us know in the comments.