Project Athia is an upcoming fantasy action title, set to wow fans on PS5 and PC. It looks impressive and the teaser trailer was definitely intriguing, but we sadly don’t know too much about the game just yet.

Published by Square Enix and developed by Luminous Productions, this adventure is something fans of Final Fantasy or Kingdom Hearts will adore. In the works exclusively for PS5 and PC, this could be a true next-gen adventure from the Japanese juggernauts.

Trusted Reviews has compiled everything you need to know about Project Athia including all the latest news, gameplay, release date, trailers and more.

Project Athia setting and gameplay – what do we know so far?

The trailer opens with the words, “In a world not her own,” telling us that the game’s protagonist has likely become stranded on the craggy, mountainous planet that we catch glimpses of throughout the short trailer.

We don’t know much more than that right now, but the game’s world looks amazing. Take a look at the trailer below to see for yourself.

Project Athia trailer – How does it look?

Here’s the debut trailer for Project Athia, which was a flagship title at Sony’s PS5 “Future of Gaming” event. It seems to be in the early stages of development, so hopefully we hear more about it in 2021.

Project Athia release date – When could it come out?

As we mentioned earlier, Project Athia could be in the early stages of development. Knowing this, we imagine a release date is still quite far away.

Project Athia story – what could happen?

The trailer doesn’t offer us much of a hint as to what’s going to happen in the game’s story. The words on-screen read:

“IN A WORLD NOT HER OWN
WHERE RESOLVE WILL BE TESTED
TRUTHS WILL BE QUESTIONED
AND DEVOTIONS WILL BE DOUBTED
SHE WILL RISE.” 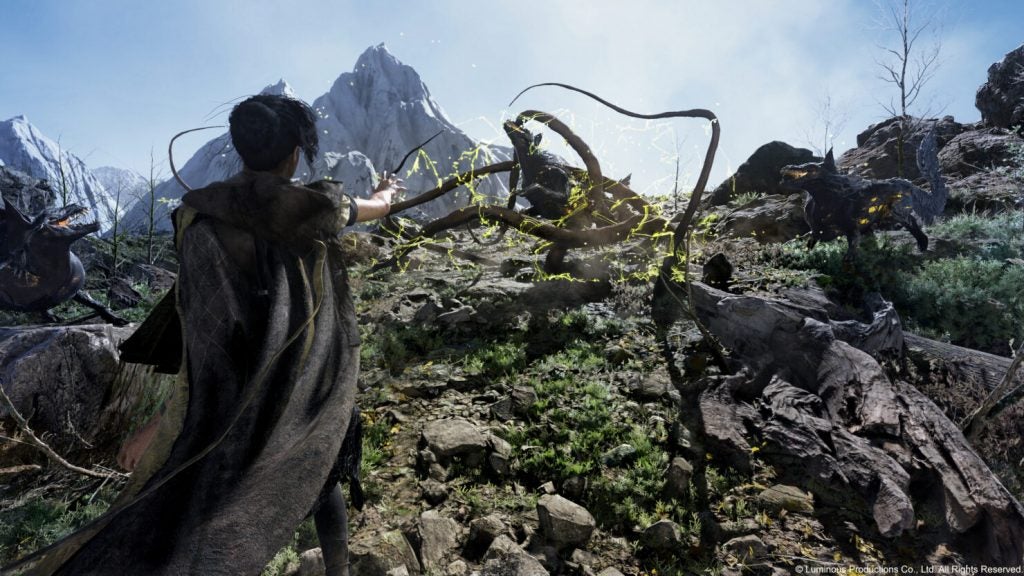 This, combined with the gameplay we see later in the trailer, suggests the game is likely a sort of power fantasy. We’re expecting players, in the role of the young protagonist, to develop the superhuman powers that are briefly on display here. We see some sinister looking enemies too, implying that this world is a hostile one. Players will have to develop and make use of their powers to survive and overcome testing situations.

A notable hostile creature is the stony coloured wolf-type creature, which pads across screen while a literal fire seems to burn in its belly. Right now we’re not quite sure about the enemy types and challenges that players will face, but this creature is an interesting start. We also see a dragon-type creature appear, with a similar fire in its belly. The fire may represent the evil force that players are battling in the game-world, as it seems to power hostile creatures.

In a statement, Square Enix said that, “Project Athia will transport players to a world filled with beauty and dismay as they set upon a thrilling story-led, action-packed adventure which can be twisted, tempestuous and forbidding.” It sounds incredibly promising, and it’s great to see Square Enix introduce a new IP that will stand alongside the likes of NieR, Kingdom Hearts and Final Fantasy.