Trading is finally coming to Pokémon Go! Developer Niantic has announced it expects the update to come out in around a week’s time, allowing players to finally exchange their pocket monsters with one another.

Ever since Pokémon Go was announced, the number one feature people have been requesting is trading. While the introduction of tracking has made it easier to find the Pokémon that you need, ultimately there are going to be times when you’ll have a surplus of one monster and a need for another.

That’s where trading comes in. The new system allows you to exchange one Pokémon for another with a willing friend, but there are a number of caveats as to how this will work.

In addition to trading, the app’s developer has also announced that gifting is coming to the game. This doesn’t mean that you’ll be able to gift any of your items however, instead you’ll be limited to gifting special “gift bundles”, which will sometimes drop randomly from PokéStops. These will contain regular items, as well as special “7km” eggs that will exclusively contain Alolan Pokémon form.

You’ll need to be friends

Although it’s been possible to form a party with other players in Pokémon Go before, you’ve never been able to add people to a dedicated friends list.

This will be done using a new “trainer code” system, which you can then share with another player in order to have them add you.

However, the friendship system goes far beyond trading. Once you’re friends you’ll get a new friendship ranking which you can level up. This can be done through battling together at gyms, sending gifts, or completing raids together.

This rating can only increase once a day, but the benefit of a high rating is that the cost of trading will be significantly reduced, and you’ll also get the ability to trade legendary or shiny Pokémon. More on these costs further down the page. 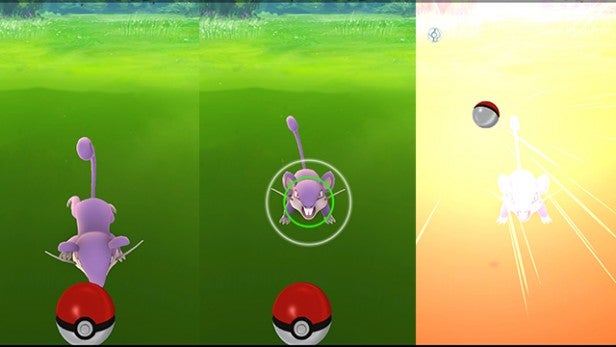 You’ll need to be at a high enough level

You’ll have to be level 10 in order to trade Pokémon with other players. This might be frustrating for new trainers, but ultimately it should stop people from setting up lots of side-accounts in order to cheat the system.

You’ll need to be close

We’re relieved to hear that Pokémon Go will require you to be within 100m of another player in order to trade with them.

It might be a little restrictive, but this should prevent people from gaming the system by trading with loads of players online.

Pokémon Go is about going out into the real world and interacting with other players, and we think restricting trading in this way is the perfect way to do it.

If done right, trading will give you a massive advantage by offering you access to Pokémon that you couldn’t have previously got your hands on.

It makes sense, therefore, to put a small cost in place in order to stop abuse of the system. Don’t worry though, if the cost seems too high then you can level up your friendship rating to bring it down significantly.

You can only do some trades once a day

As well as costing you stardust, certain trades can only be conducted once a day.

These “Special Trades” include any Pokémon that aren’t currently in your Pokédex, shiny Pokémon and legendary Pokémon.

So there are a lot of restrictions about how you can trade with people, but frankly we’re relieved about it coming to Pokémon Go at all after all these years.

What are you aiming towards these days when you play Pokémon Go? Let us know @TrustedReviews.