A major Pokémon GO update might have brought new critters to the mix recently, but the feature you’re really waiting for, Apple Watch support, is still missing.

Despite developer Niantic having announced back in September that it was working on putting its Pokémon-catching, egg-hatching ways on your wrist, Apple Watch support has still yet to materialise.

Now, with reports circulating that an Apple Watch-friendly addition of the globally dominant app have been knocked on the head, Niantic has reassured us that smartwatch support is still coming, and soon. 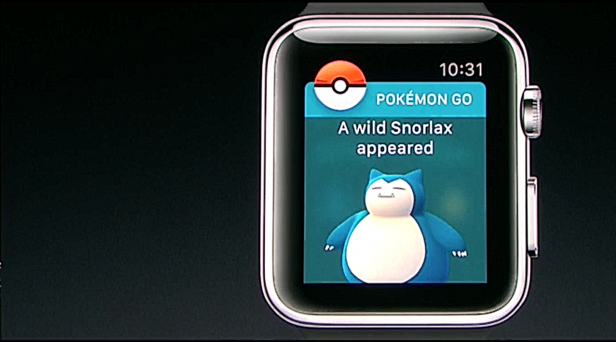 Originally confirmed during Apple’s iPhone 7 launch event in September, Niantic CEO, John Hanke, promised the update would be introduced before the end of the year.

With the remains of 2016 dwindling, that would put the launch within the next two weeks.

Although the finer points have yet to be revealed, the demoed Apple Watch support showed the wearable alerting your to nearby Pokémon on your wrist, meaning your phone can spend more time in your pocket.

Despite Apple Watch friendly features expected to drop before the end of the year, Android Wear owners will have to wait well into 2017 before their smart wear starts playing nice with Pokémon GO.

What new Pokémon do you most want to see added to Pokémon GO? Let us know in the comments.