How to download Pokémon Duel: Whether it’s an iOS install or the APK (Android) you’re after, our guide covers everything you need to know about new Pokémon Go rival, Pokémon Duel, including what the game is and some early tips and tricks on how to play it.

What is Pokémon Duel?

Pokémon Duel is a relatively simple strategy game – although the difficulty ramps up when you’re playing more skilled players.

It’s a two-player game played over a virtual battle-board. Each player has a team of six pieces (which are Pokémon), with the objective of getting one of your pieces onto the opponent’s side of the board

To do this, you’ll have to build and customise a decent (and skill-varied) team of Pokémon, and then move across the board in a turn-based fashion.

There’s a simple Pokémon vs Pokémon battle system when Pokémon meet each other. You’ll spin a wheel with your Pokémon’s moves on it, and luck will decide which skill gets used. If you trump your opponent, you get to knock your enemy off the board.

The difficulty stems from the fact that you’re trying to get to the other side, while also trying to defend your own base. In that sense, it’s a bit like chess – but the pieces are magical mutant squirrels instead of knights and bishops.

Here’s how the creators describe the game:

“Pokémon Duel is a strategy board game that uses Pokémon figures. Build a deck with your favourite figures then leap into a League Match. Complete with players from around the world for a chance to enter the top League rankings in League Matches. You’ll fight your rivals in real time. Win duels, get all kinds of cool figures and items, and make your deck stronger.” 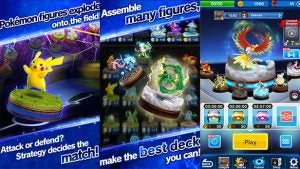 The good news is that Pokémon Duel is completely free – although there are optional micro transactions; you can purchase gems with real cash, which can then be traded for booster packs that supply you with new Pokémon.

The game has been released on both iOS and Android – you’ll find the download links below:

We haven’t had a chance to review Pokémon Duel just yet, but the game has racked up a respectable 3.5/5 score on Google Play at the time of writing, based on over 8,000 user reviews. 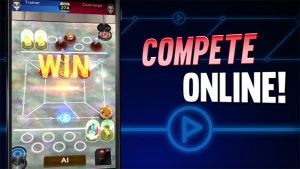 Here’s a selection of positive reviews:

“It’s a true Pokémon styled game even if it doesn’t involve living Pokémon instead using figures. It’s fast-paced and easy to learn, yet has enough of a difficulty to make it challenging. Overall, a good enjoyable experience with plenty of content to keep a player occupied, and neat story line to go along with it.”

“Have to admit, at first glance I was not really interested; it looked really gimmicky, but to my surprise, the game is actually quite fun and interesting.”

And some negative reviews:

“This game would be okay to play if it wasn’t for being broken when it comes to match-ups. Of course, I battle six fully evolved Pokémon teams in a row with my pathetic beginner mons [sic] and most of the time I battle those teams.”

“The actually gameplay looks really good and pretty unique for a game on a phone. But I can’t get past the tutorial battle; it just keeps looping back on itself, and saying error returning to title screen.”

Overall, it looks like players are responding positively to Pokémon Duel, so if you’re a fan of the franchise, it might be worth giving it a go. 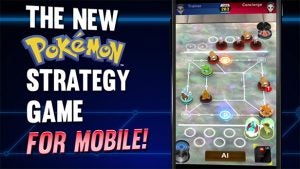 Though they share a franchise – and similar naming – the games couldn’t be more different.

Pokémon Duel is a board game that requires players to strategically move their pieces across a battlefield. The main objective is to win multiplayer matches by choosing versatile combinations of Pokémon to make up your team.

By contrast, Pokémon Go is a collectible game. While battling is certainly featured, there’s very little strategy involved. The core object is to catch as many Pokémon as possible.

If you like one, there’s no guarantee that you’ll like the other. But they’re both decent games in their own right. 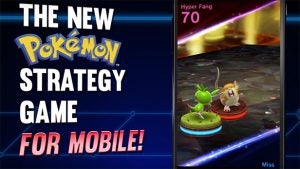 It’s also worth mentioning that Pokémon Duel isn’t made by Niantic, the creators of Pokémon Go. It’s actually the work of The Pokémon Company, which was established through the joint investment of three separate companies: Nintendo, Game Freak, and Creatures.

What’s your favourite mobile game right now? Let us know in the comments below.