Pokemon Centers are a staple of Game Freak’s hugely popular franchise, acting as a virtual place to cure your pocket monsters after a hard day of battles and in-game exploration. In reality, they’re huge, absurdly adorable shops filled with goodies perfect for hardcore fans to waste their money on.

I was fortunate enough to visit Pokemon Centers in Japan, which are surreal retailer spots packed with plushies, sweets and countless other collectibles that I was dying to hurl into my shopping basket. It’s like Christmas had come early in the region of Kanto, and now that same feeling has arrived in London with a temporary pop-up store in Westfield, Shepherd’s Bush.

Having opened its doors to the public this past weekend, some fans have found themselves queuing for more than 10 hours simply to step foot inside the store. We had the oppurtunity to visit during a recent press preview and left the place amazed, so here’s five things you need to see at Pokemon Center London. 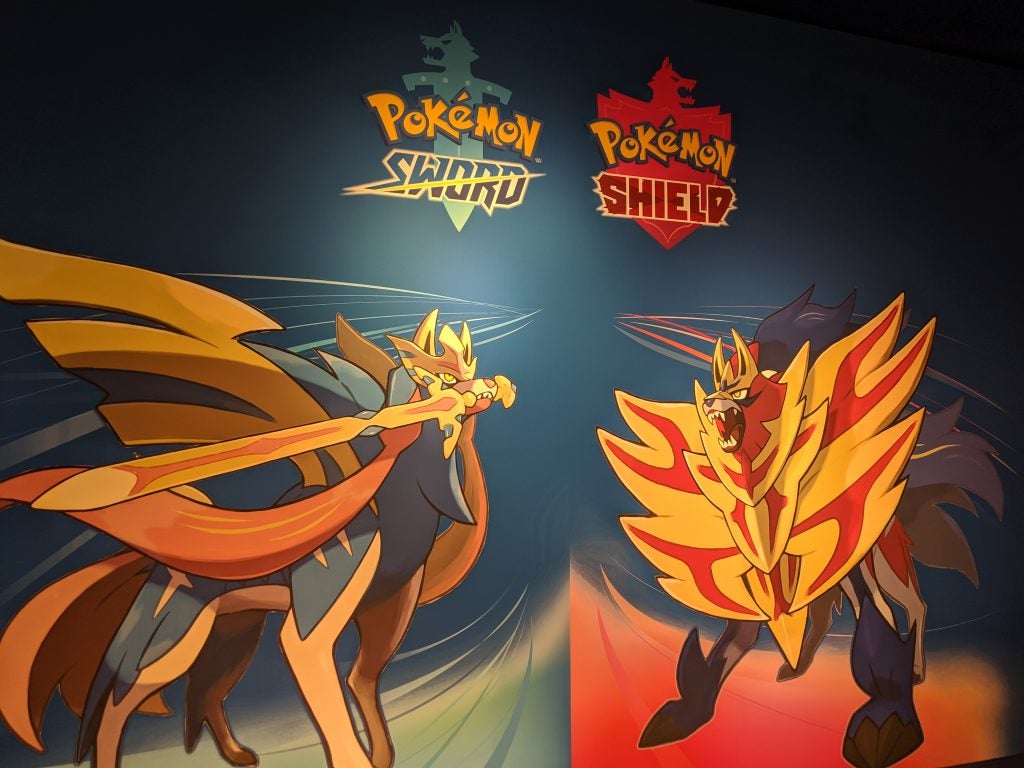 1. Play Pokemon Sword and Shield for the first time

The second floor of Pokemon Center London is dedicated entirely to Game Freak’s latest installment in the RPG series. Sword and Shield is coming exclusively to Nintendo Switch on November 15th, and you can play the demo right now in London. It’s the same demo press had a chance to play at recent shows, following the player as they work through the Water Gym.

Playing the demo isn’t this floor’s only attraction either. It’s been kitted out with luscious decals plastered across the walls depicting Sword and Shield’s beloved starter Pokemon alongside the game’s two legendary creatures. There’s even a piece of background art you can pose against for pictures, made even better by small standees you can hold to make things even more fabulous. 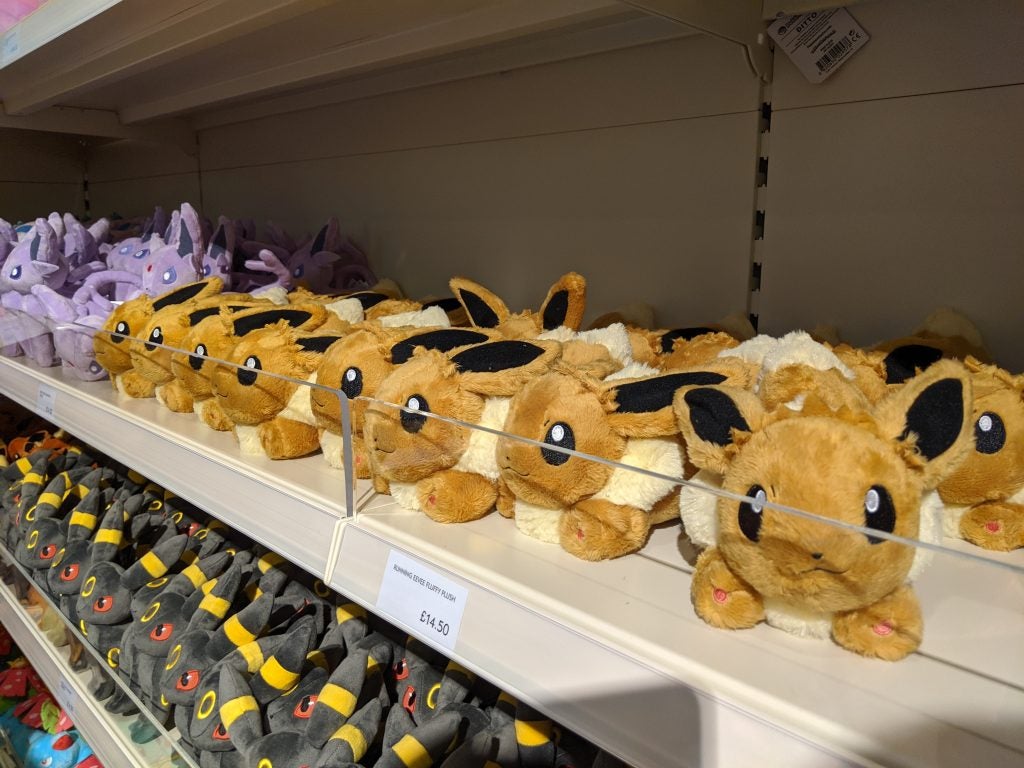 The number of plushies in display is simply overwhelming, and they’re all yours for the taking

2. Pick up a bunch of plushies

Who doesn’t love plushies? They’re soft, cuddly and perfect for livening up a room simply by hurling them onto the nearest sofa or bed. Pokemon Center London is absolutely crammed with the damn things, available in a range of different sizes. Seriously, some of these could be used as makeshift pillows at a moment’s notice, with Mew being particularly huge.

Chances are your favourite Pokemon is available at the Centre in plushy form for purchase, whether it’s Pikachu, Vulpix or even a giant Wailord (he’s an absolute unit, as the kids would say). I couldn’t resist picking up a Vulpix, who is objectively the best Pokemon. 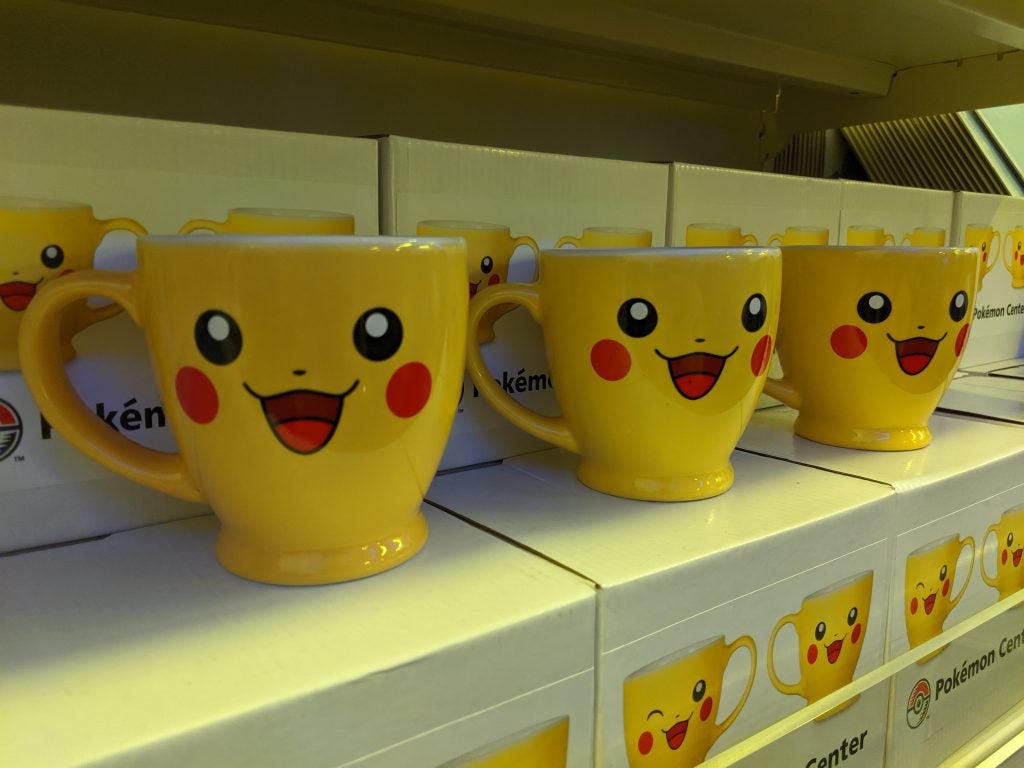 These mugs are particularly adorable, although i was folled into thinking two came in a single box

I was arguably the most boring nerd in the world when I visited Pokemon Center London, largely my purchases were the result of sensible decisions. I picked up a Chilly’s thermos bottle themed after the center, featuring an adorable illustration of Pikachu donning in a suit and holding an umbrella.

The thing is – I’ll be using this for months both as part of my daily life and as a handy way for keeping beverages cold/hot both on the move and at home. It just so happens to be plastered with Pokemon. The London pop-up is filled with awesome items like this, whether you’re keen to pick up a couple of mugs, a thermus or even an umbrella for staying dry in our nation’s infamously grim weather. 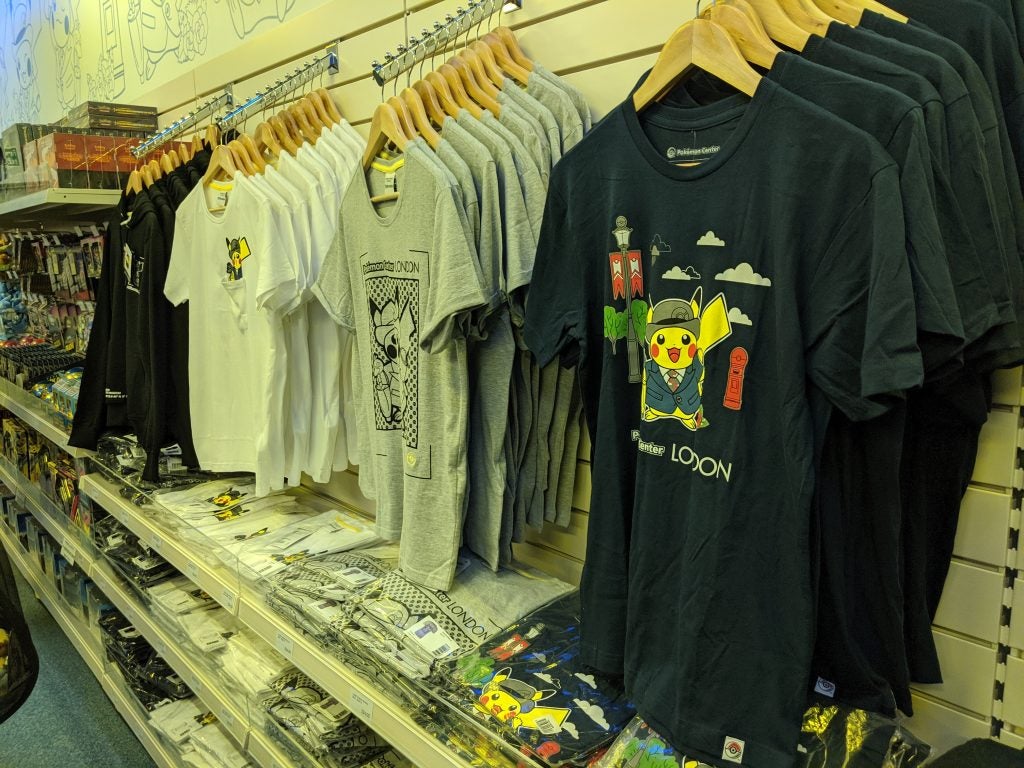 There’s some seriously awesome shirts, jackets and even socks on display

4 . Pick up some limited-edition goodies

One of the main reasons behind the absurdly long queues for Pokemon Center London is the shop’s overwhelming collection of exclusive branded goodies. It’s safe to assume that once the retailer closes its doors next month, many of its exclusive plushies, clothes and other items won’t be available elsewhere. At least in an official capacity. Checking eBay right now already shows countless items inflated above their original price.

If you’re hoping to collect a few pieces of history, Pokemon Center London offers an overwhelming amount of choice, although you’ll need to spend big bucks to grab everything. 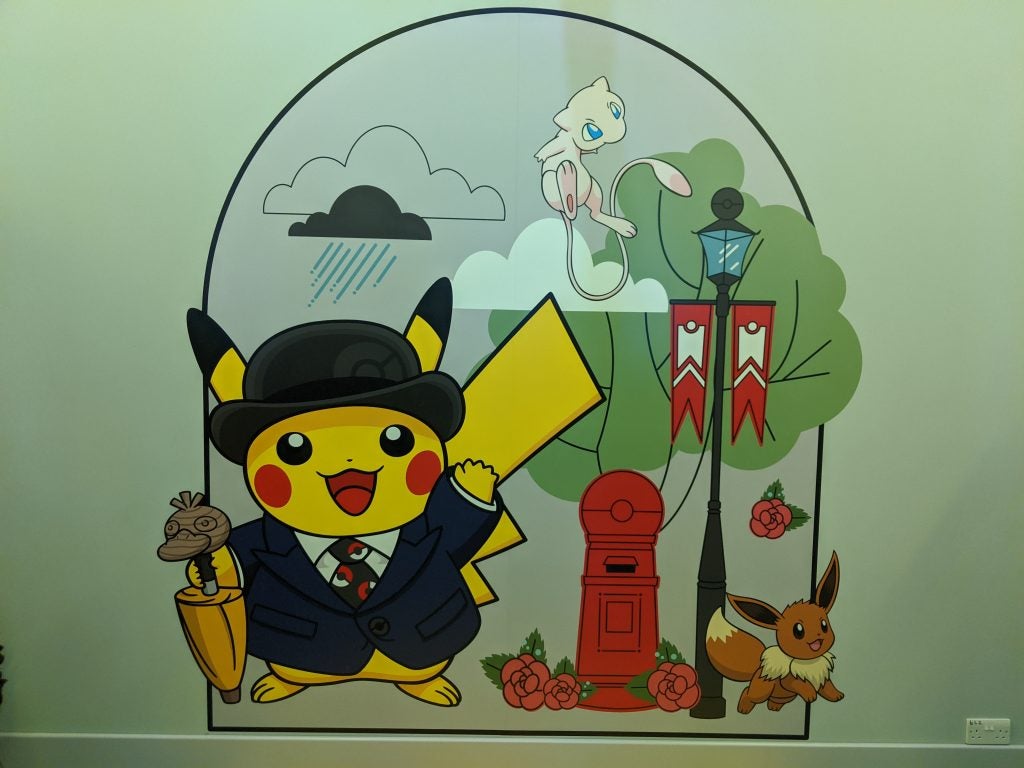 5. Check out all the unique art and murals

If you aren’t willing to part with your hard-earned money, visiting the London Pokemon Center is a joyous attraction in itself. The colour scheme and wonderful use of decorations make it feel like something pulled straight from the franchise’s universe. It’s like you’re walking around the set of the animated show or a center in one of the many games. It’s so damn cool, so be sure to snap plenty of pictures.

Pokemon Center London opening times – When can I visit?

Opening times for the London Pokemon Center differ depending on the days you plan to visit, and be prepared to deal with queues in the coming days and weeks. The opening weekend saw fans waiting several hours to gain entry, which will likely have an impact on the center’s stock of goodies too.

Pokemon Center London dates – How long until it closes?

Having opened its doors on October 18, the London Pokemon Center will be sticking around until November 15, which happens to be the launch date for Pokemon Sword and Shield. If you pre-order the game in-store, you’ll also receive some additional goodies. You can find the center at the following address: Ariel Way, Shepherd’s Bush, London, W12 7GF.